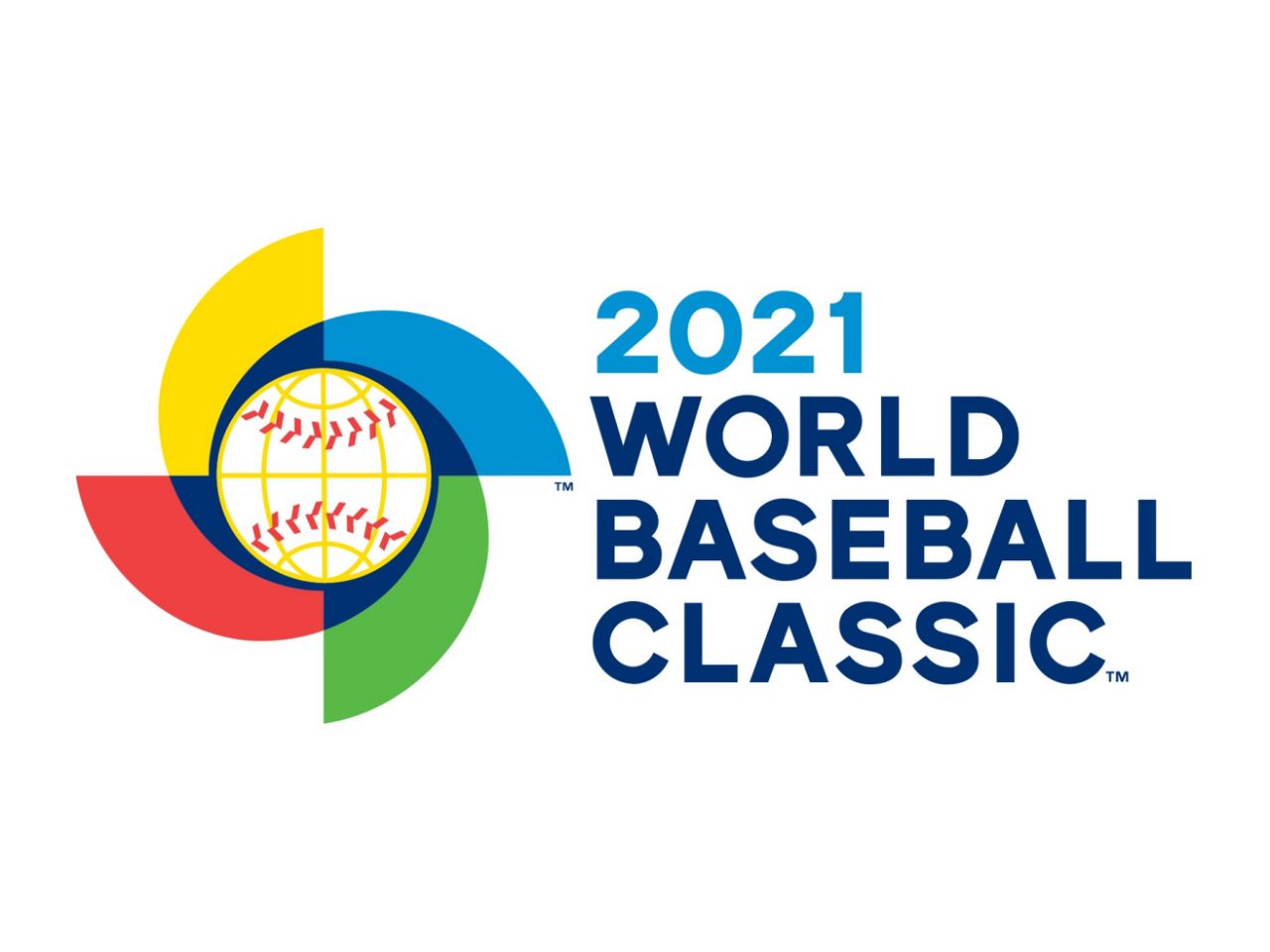 There have been four WBC tournaments (2006, 2009, 2013, 2017) with the next iteration previously slated for 2021. Due to the pandemic, the next tournament will most likely take place in 2023, according to Enrique Rojas. Being that this is one of the largest moments on international baseball play, there have been exceptional, star-studded teams that have made huge splashes in the tournament. Here are the top five teams of the past four WBC tournaments: 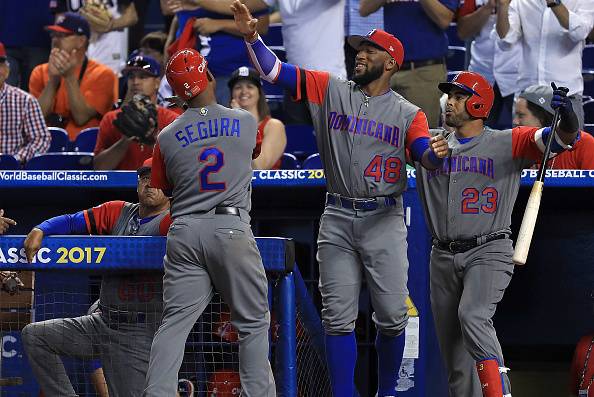 The Dominican Republic is undoubtedly known as the baseball capital of the world. It is easy for me to say because this is my birthplace and home country. Nonetheless, this 2017 team was filled to the brim with stars. On the mound, this team had Luis Severino, Johnny Cueto, Dellin Betances, Edinson Volquez, Jeurys Famillia and Fernando Rodney. This is a great mix of young and veteran arms that have already been established in the Major leagues. Jeurys Familia finished second in saves with two saves for the tournament.

This also allowed Luis Severino and Dellin Betances to play some of the best competition in an intense atmosphere while representing their country. The infielders this team had included Robinson Cano, Adrian Beltre, Manny Machado, Jose Reyes and Carlos Santana. These are all multi-time all-stars in the MLB and some of the most electric players in the game while also including a future hall-of-famer, with Adrian Beltre.

In the outfield, Nelson Cruz, Jose Bautista, and Starling Marte all added their big bats into the mix. These players showed off their astounding power in the middle of the lineup as seen with Nelson Cruz. He finished second in the tournament in home runs with three homers.

Although this team was stacked from top to bottom, the team disappointed many as they finished in fifth place with a record of 4-2. The only two losses they suffered were from the two finalists, but lost a nail-biting game to advance to the semifinal. Even though this team finished fifth, the pure talent this team had could not be ignored. 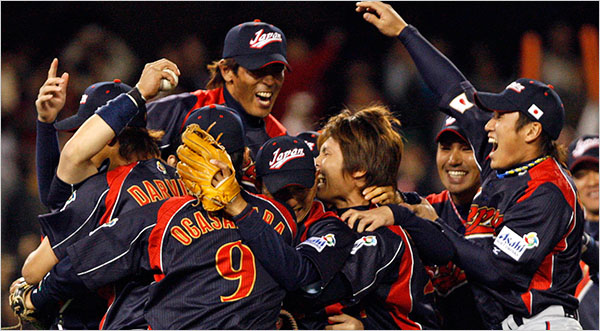 Few countries in the world love baseball as much as the Japanese do. Japan has half of the championship titles in the history of the WBC, winning in 2006 and in 2009. This 2009 Japanese team featured several future MLB stars that seemed to showcase their talents to professional scouts.

In this this championship run, the Japanese had a three-headed monster in the pitching rotation with Yu Darvish, Masahiro Tanaka and Daisuke Matsuzaka, who won MVP of the WBC. Matsuzaka was already established as a great pitcher with the Boston Red Sox, however, Darvish (Texas Rangers) and Tanaka (New York Yankees) both got recognized and signed by MLB teams after this tournament.

This team also showcased a future hall-of-famer in the lineup by the name of Ichiro Suzuki. Ichiro had already established himself as one of the best hitters in the MLB and in the NPB (Japan’s pro-league) and it showed as he lead the tournament in hits with 12. This championship run cemented Japan as one of the best baseball countries in the world.

The Puerto Ricans, or natively known as the Boricuas, return to the finals for back-to-back finals appearances. This Puerto Rican team finished with a 7-1 record, best in the entire tournament, with the only loss coming in the final to an all-time team to be mentioned later. Needless to say, this team was stacked with young talent along with grizzled veterans and vaulted into the international spotlight and took advantage.

This team had Francisco Lindor, Carlos Correa and Javier Baez in the infield. All three of these players capitalized of the spotlight and began to breakout into the stars they are today. With a combination of those studs, they were easily one of the best infield in the tournament. They also got plenty of production from veteran catcher Yadier Molina and Carlos Beltran at DH.

In 2017, all five of those players finished in the All-World Baseball Classic team, most of any country in that year. The intensity this team brought to the field was electric and will be remembered as one of the best runner-up teams in the WBC history.

Nolan is ready to book that flight to San Diego. https://t.co/zQ2yg9W2om #WBC2017 pic.twitter.com/mr1TVnhCvd

The boys in stars and stripes came with full force as they march to their first WBC championship. The best finish they have seen prior to this championship was a fourth-place finish in 2009. In 2017, they finish with a 6-2 record, handing the Puerto Rican team its first and only loss of the WBC. That Puerto Rican team was mentioned earlier on this list, which shows the competition this USA team had to face.

On pure talent, this was one of the best baseball teams assembled. We saw Buster Posey behind the plate, Paul Goldschmidt and Eric Hosmer at first base, Ian Kinsler at second base, Brandon Crawford at Shortstop, along with Nolan Arenado and Alex Bregman at third base. These are all gold-glovers at their position with multiple players being Wilson Defensive Player of the year as well. In the outfield we saw Giancarlo Stanton, Christian Yelich, Adam Jones, and Andrew McCutchen. With the exception of Adam Jones, all the other outfielders won an MVP in their career.

This team featured 4 MVPS and countless all-star appearances. On the mound, Marcus Stroman was the star of the show as he won the WBC tournament MVP and catapulted himself into the national spotlight. This group of players brought the USA its first WBC championship title in style, beating some of the best teams this tournament has seen in its history.

This Dominican team will go down in history as the first team to go undefeated in a World Baseball Classic as they finished 8-0. So far, no other team has gone undefeated in route to a championship title. This was the year where many of the players on this team made their tournament debut. Young versions of Robinson Cano, Jose Reyes, Hanley Ramirez, Edwin Encarnacion, Nelson Cruz, Carlos Santana and Fernando Rodney all took the field in the prime of their careers and did not disappoint. Robinson Cano was named the MVP of the tournament as he led all countries with 15 hits.

Fernando Rodney rose to national fame as he led the tournament in saves with seven saves of the eight games played. He adopted a creative celebration with the entire team whenever he would record the save. The team would go to the pitcher’s mound and shoot bow and arrows to the sky after the win.

This sparked an iconic celebration in the Dominican Republic and is still widely popular today. Of the six players mentioned before, five of them made All-World Baseball Classic team (Ramirez excluded), most of any country in that year. The team beat the Puerto Rican team in the final 3-0 to secure its first WBC undefeated championship title.

The WBC is a place where strict rules and restrictions go out the window and the players just play the game they love while representing their country. This tournament is famous for its passion and intensity as the fans support their country and the stakes are high. With the pandemic pushing the WBC to at least 2023, it is imperative to not forget how significant this tournament is to its players and fans.

Once every four years, baseball fans around the world break their teams’ loyalty and join together to support their country. Hopefully, we see the next WBC feature some of today’s young stars like Fernando Tatis Jr., Ronald Acuna Jr., Juan Soto, Aaron Judge, Vladimir Guerrero Jr., Gleyber Torres, among many others. The future of baseball is very bright, and I hope that the future is safe and secure.