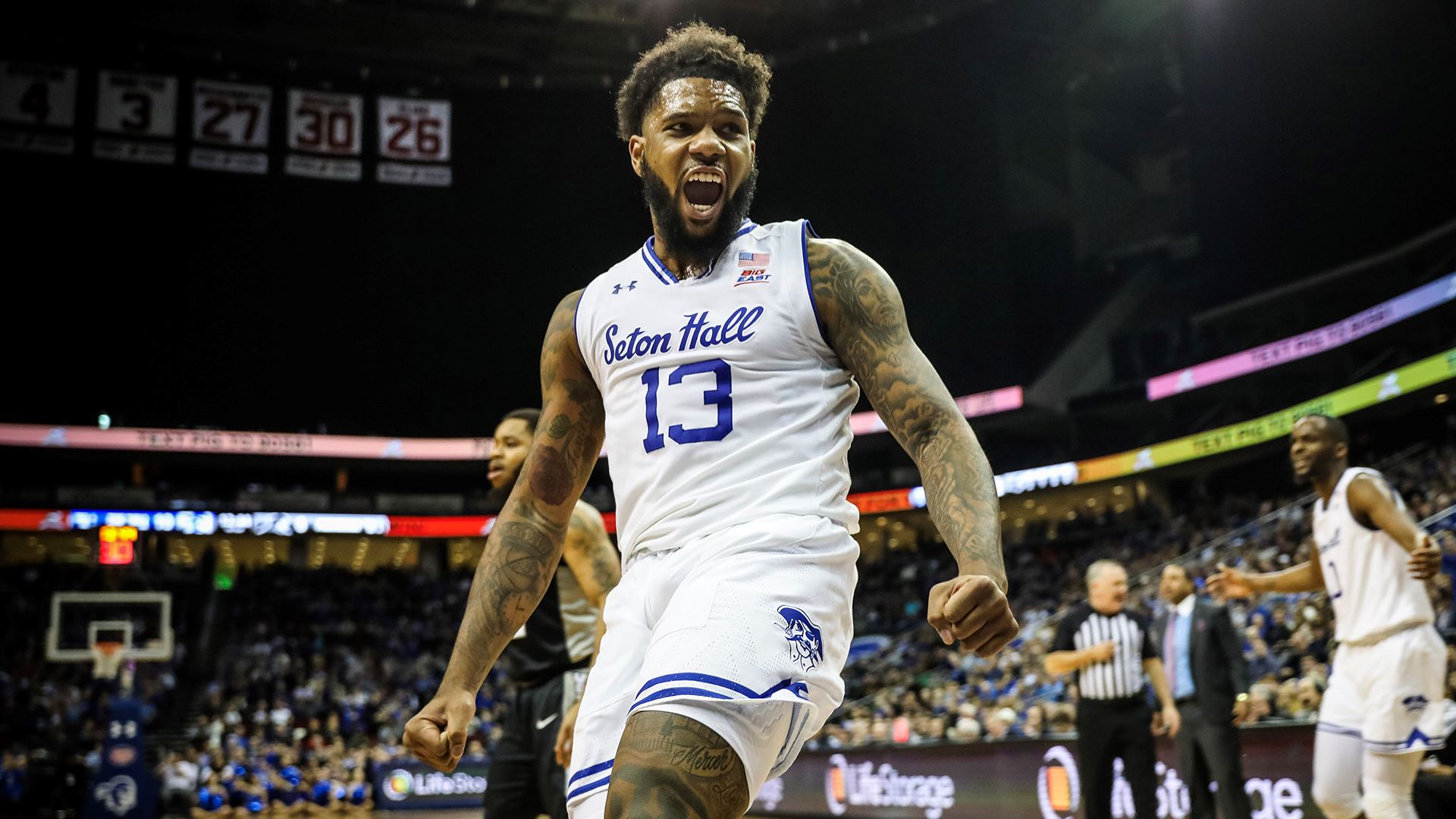 With the season ending abruptly, some national awards were released earlier. Myles Powell backed up his preseason recognition and became the first Seton Hall player since 1953 (Walter Dukes) to be named to the Associated Press All-America first team.

Myles Powell is also one of five finalists for the 2020 Naismith Trophy. Seton Hall also finished the season No.14 in the final Associated Press Poll of the 2019-20 season. 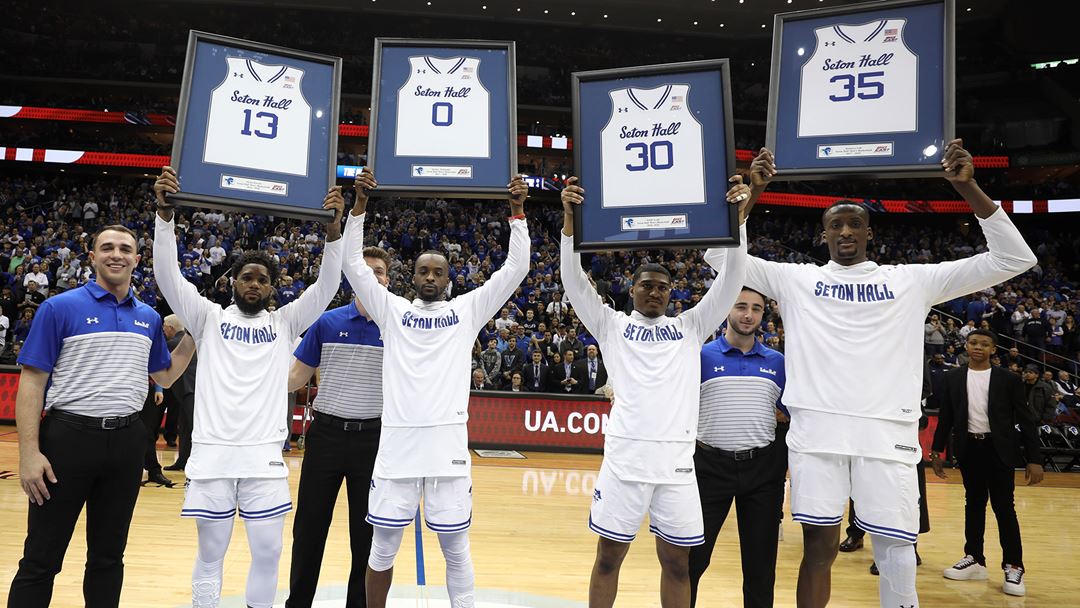 On March 9, Romaro Gill was given some love by the conference, getting named the 2020 BIG EAST Defensive Player of the Year and 2020 Big East Most Improved Player. Gill became the second student-athlete in BIG EAST history to capture both awards in the same season.

March 11 is when the biggest conference honor was bestowed, with Myles Powell being named the 2020 BIG EAST Player of the Year. Powell became the third Pirate to claim that title (Terry Dehere, Dan Callandrillo).

March 2, 2020: Seton Hall Received the Highest Ranking of the Season 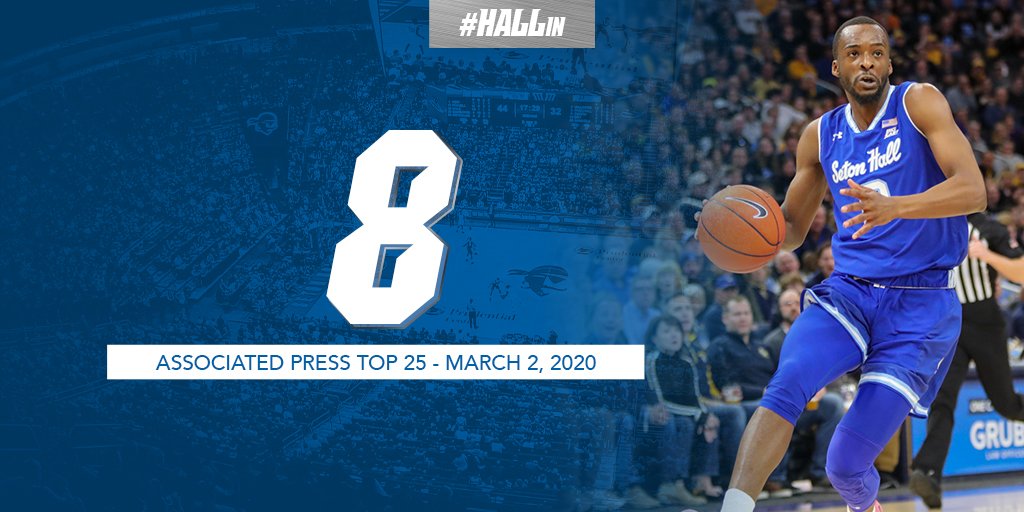 After dominating Marquette on the road on Feb. 29, Seton Hall was voted No. 8 in the nation in the Week 18 Associated Press Top-25 polls. That ranking was the highest that Seton Hall has been since Dec. 19, 2000. 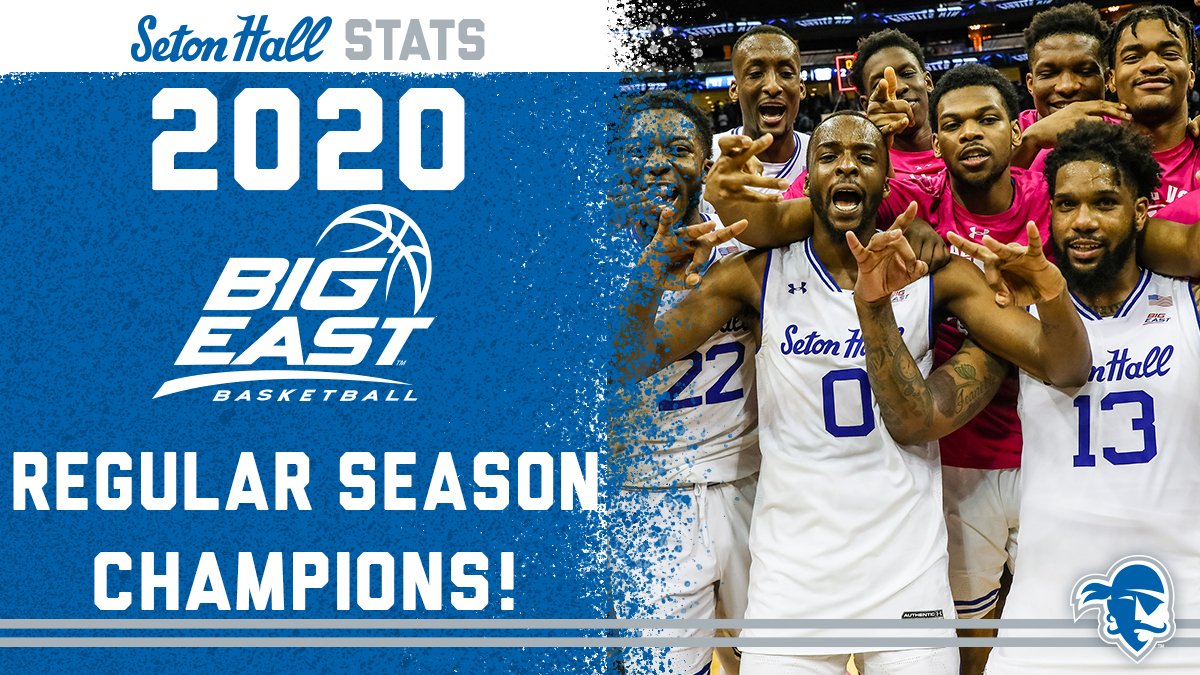 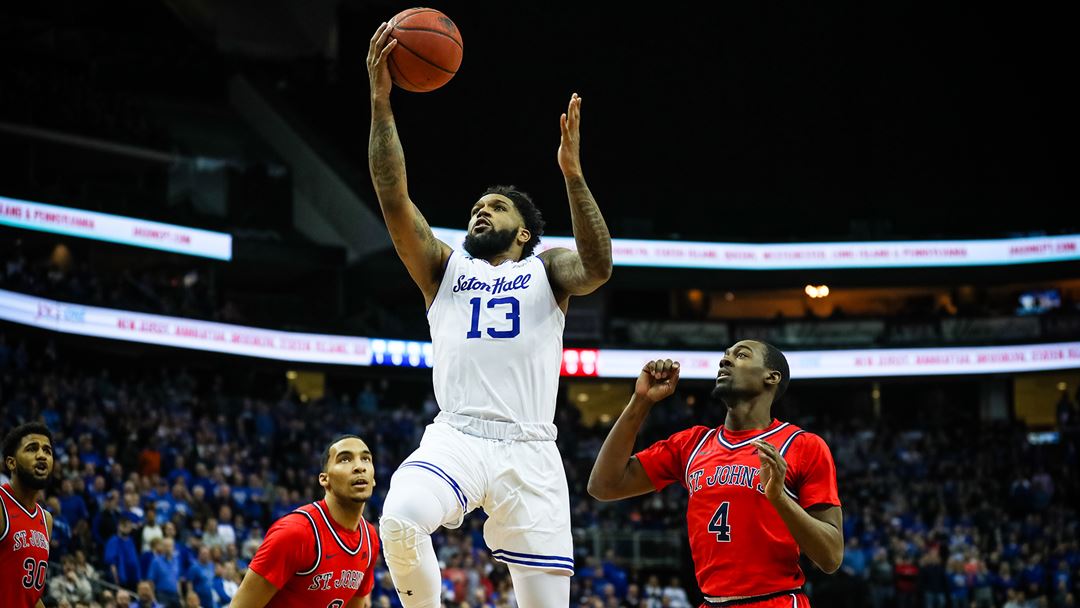 In front of 14,648 fans, Seton Hall was able to dominate St. John’s wire to wire and defeat the Red Storm, 81-65. The attendance was the biggest crowd of the season and the third-largest crowd in Seton Hall’s Prudential Center history. The game also featured ESPN legend Bob Ley, coming out of retirement to call a bit of the action on WSOU. 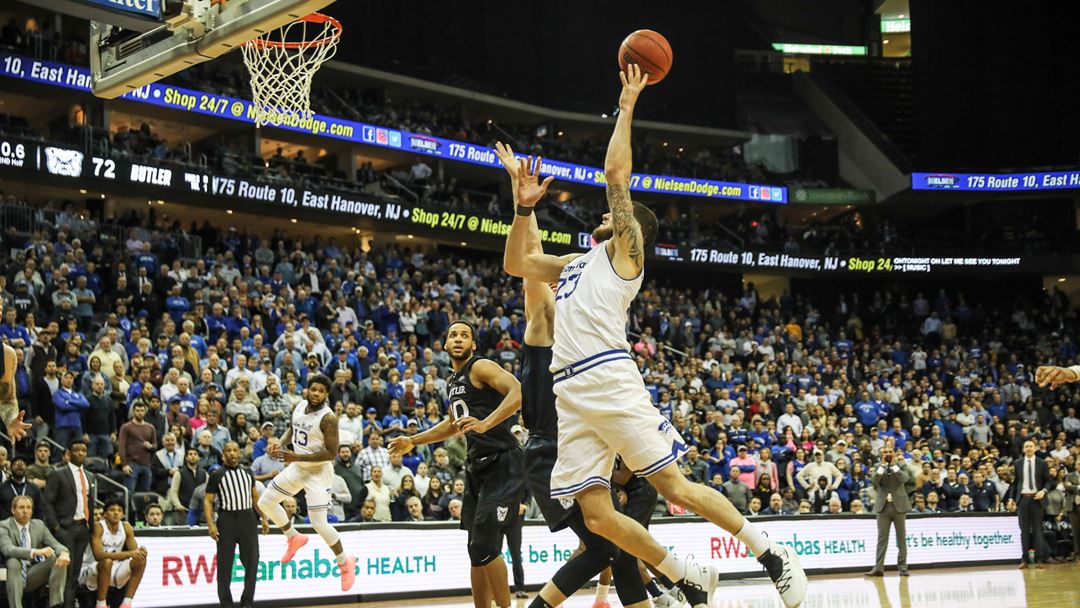 After losing two straight to Creighton at home and Providence on the road, Seton Hall needed to bounce back to keep a lead at the top of the conference. The Pirates were getting back to the win column once the final buzzer sounded. With 0.6 seconds left on the clock, an inbound alley-oop pass from Quincy McKnight went to Sandro Mamukelashvili’s hands and through the bottom of the basket to give Seton Hall a 74-72 victory against Butler at home. 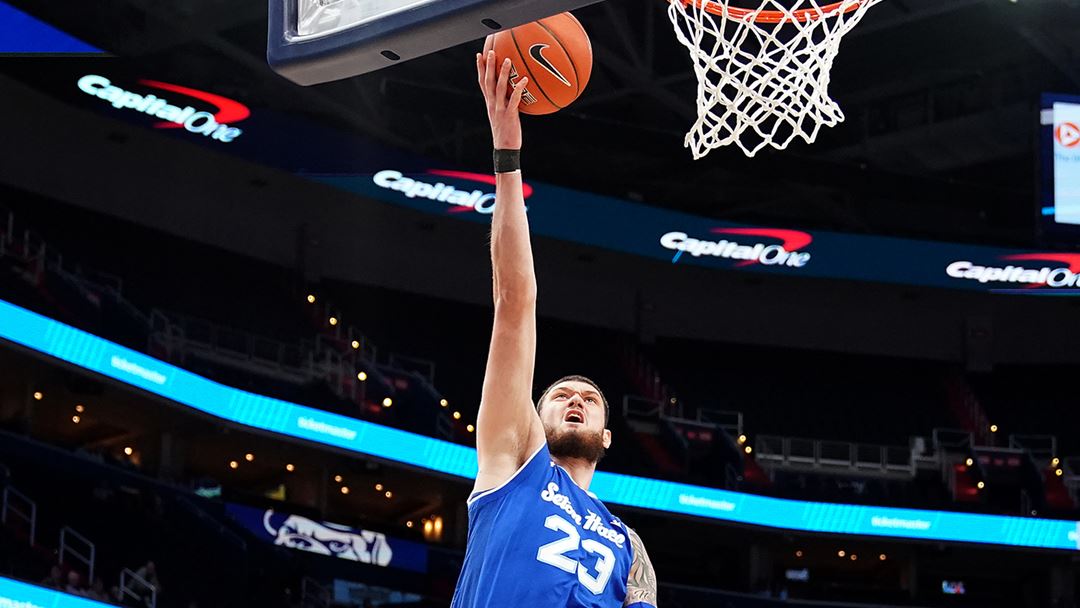 Over the past 26 years, there was one thing that was certain, Villanova will beat Seton Hall when at home. The Pirates were able to rewrite that story this season, getting over that hurdle. Seton Hall topped the Wildcats 70-64 at the Wells Fargo Center. That was the first time that Seton Hall was able to defeat Villanova on their home floor since 1994. 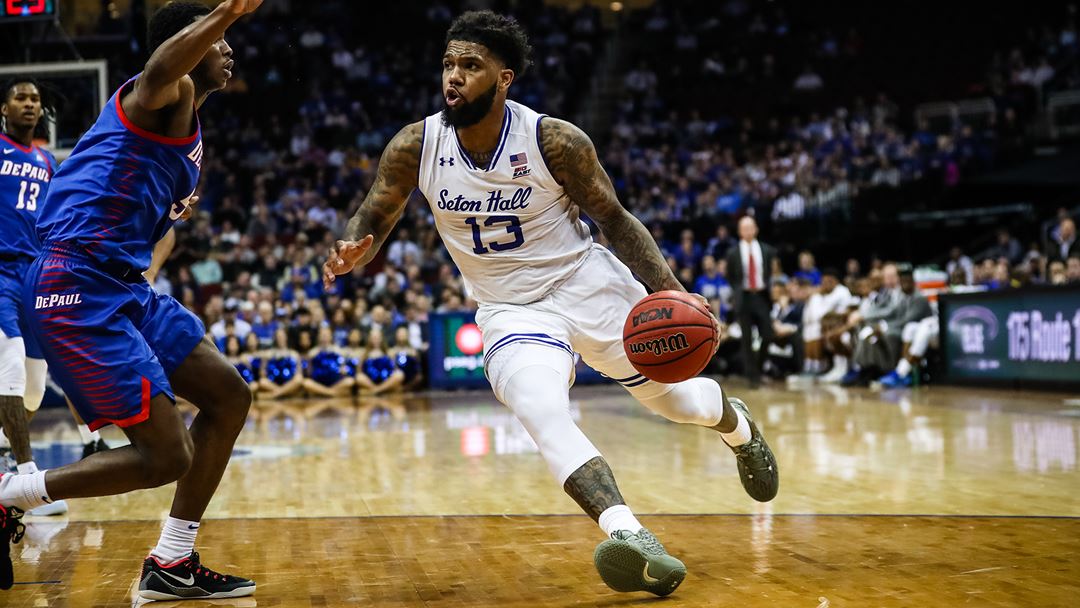 In front of their home crowd, Seton Hall was able to defeat DePaul, 64-57. With this win, Seton Hall started 8-0 in conference play for the first time in program history. The 10-game win streak was also the program’s longest since winning 12 straight in the 1992-93 season. Kevin Willard also surpassed P.J. Carlesimo for the most BIG EAST victories in program history with this victory. 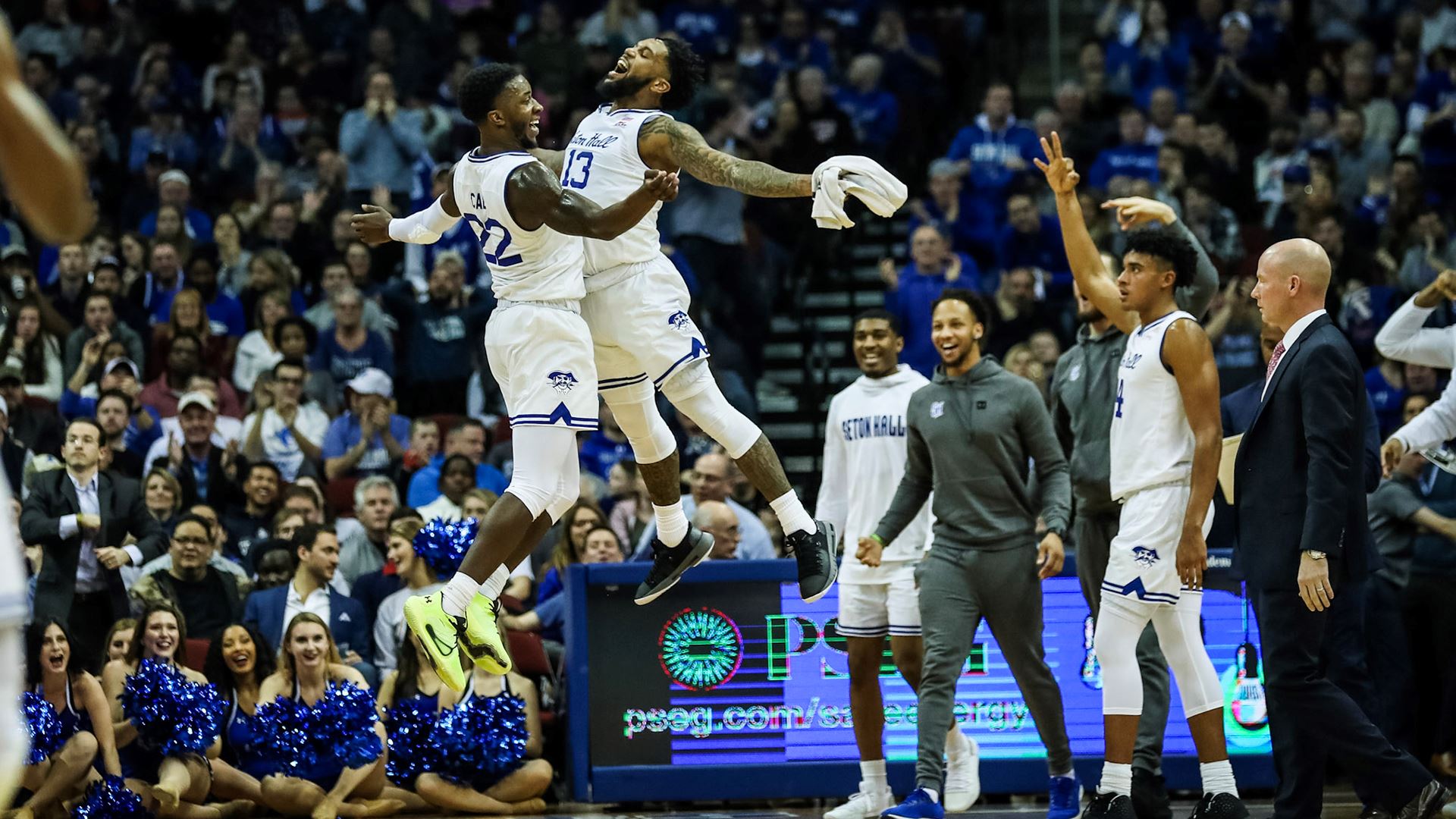 Seton Hall was amid an eight-game winning streak and that nation recognized it. Seton Hall cracked the Associated Press top-10 for the first time in 20 years. The last time Seton Hall was ranked in the top-10 was when the Pirates were ranked No. 8 on Dec. 19, 2000. 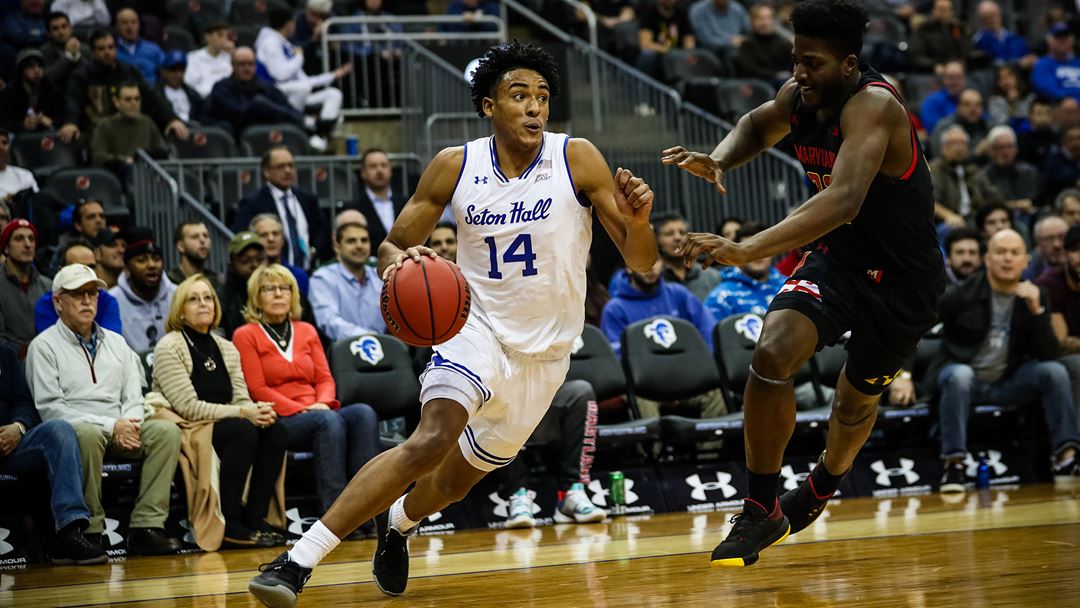 After missing two-games due to a concussion, Myles Powell returned to action with 27 points and anchored Seton Hall to their first conference victory in the 2019-2020 season. The Pirates trailed for a majority of the game and were down by 10 points late in the game, but the Pirates were able to defeat DePaul 74-66 at Wintrust Arena.

Seton Hall’s back was against the wall in this matchup. After losing the last two games and missing two starters due to injury in Sandro Mamukelashvili and Myles Powell, the Pirates had to gut out a win in front of their home crowd. Seton Hall played stout defense and was able to beat No. 7 Maryland, 52-48. That win was the highest-ranked team that Seton Hall has defeated since defeating No. 3 Villanova in the 2016 BIG EAST Championship game. 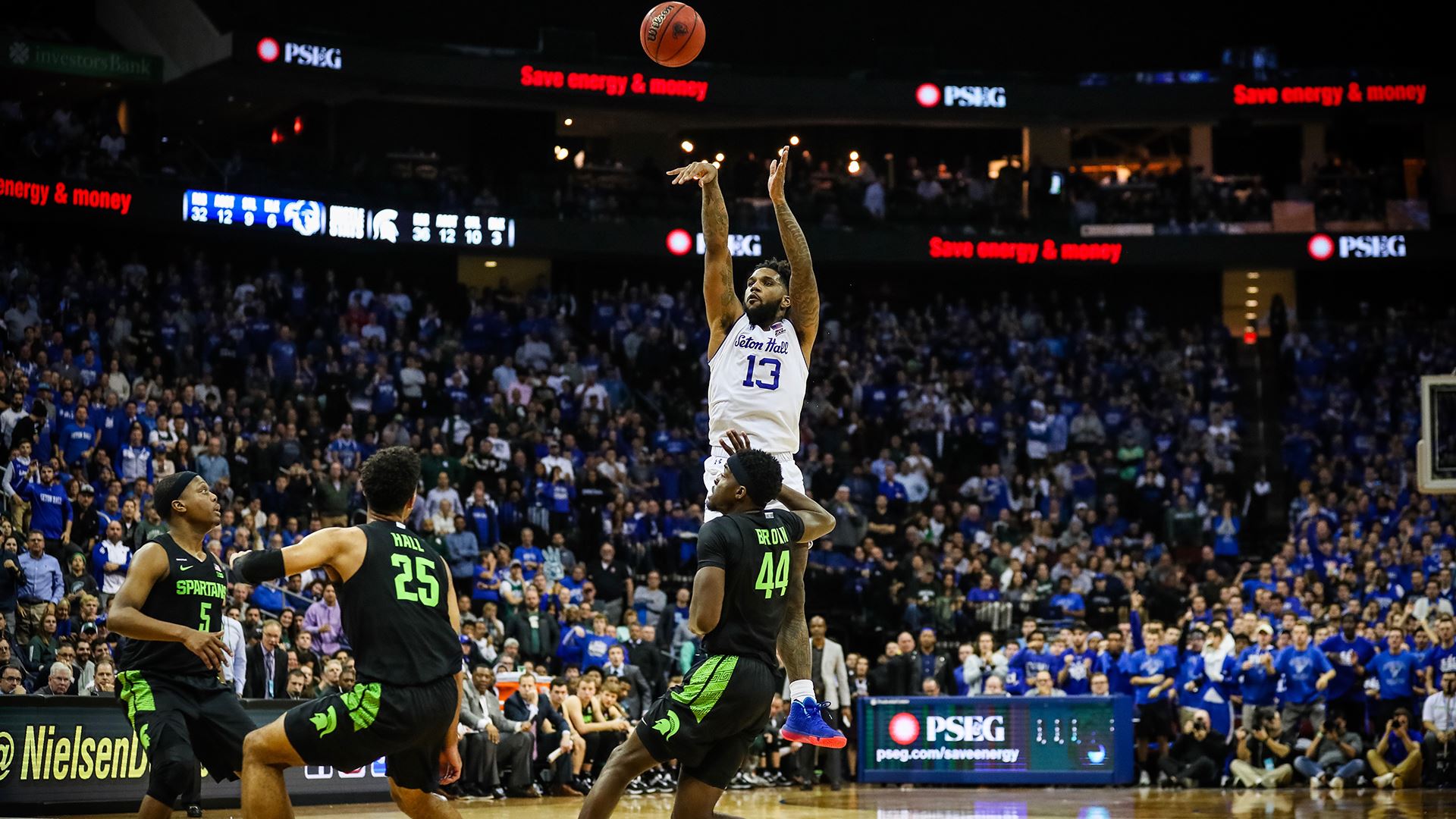 Myles Powell went down with an ankle injury the game prior against Stony Brook and the status of Powell playing in this game was up in the air. Powell was able to go in this game, and in one of the most anticipated games in program history, the game went down the wire. Seton Hall fell to No. 3 Michigan State 76-73, but Powell scored the most points for him in a game since putting up 40 points against Grand Canyon in the 2018-19 season. 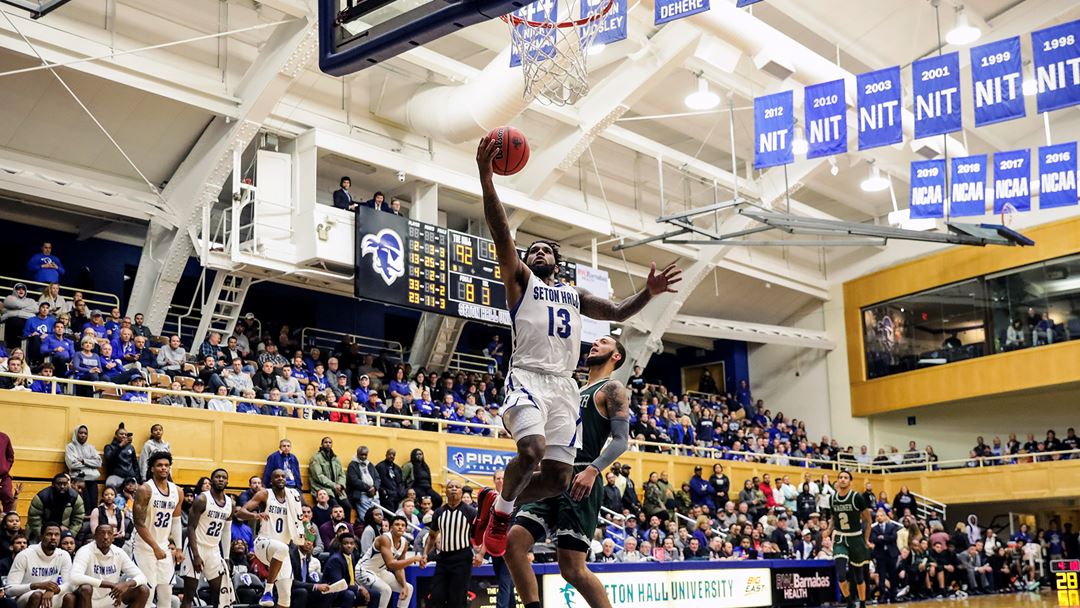 The regular season officially kicked off for Seton Hall on campus against Wagner. Seton Hall dominated that game, defeating Wagner 105-71.

Oct. 21-22, 2019: The National Hype Around Seton Hall Begins to Palpitate for the Season

Seton Hall was tagged as one of the best teams and had one of the best players on their team in the nation. On Oct. 21, Seton Hall was ranked number 12 in the Associated Press Top-25 polls, which was their highest ranking since Jan. 2, 2001, and the fifth time in program history that Seton Hall has been an AP preseason ranked team. 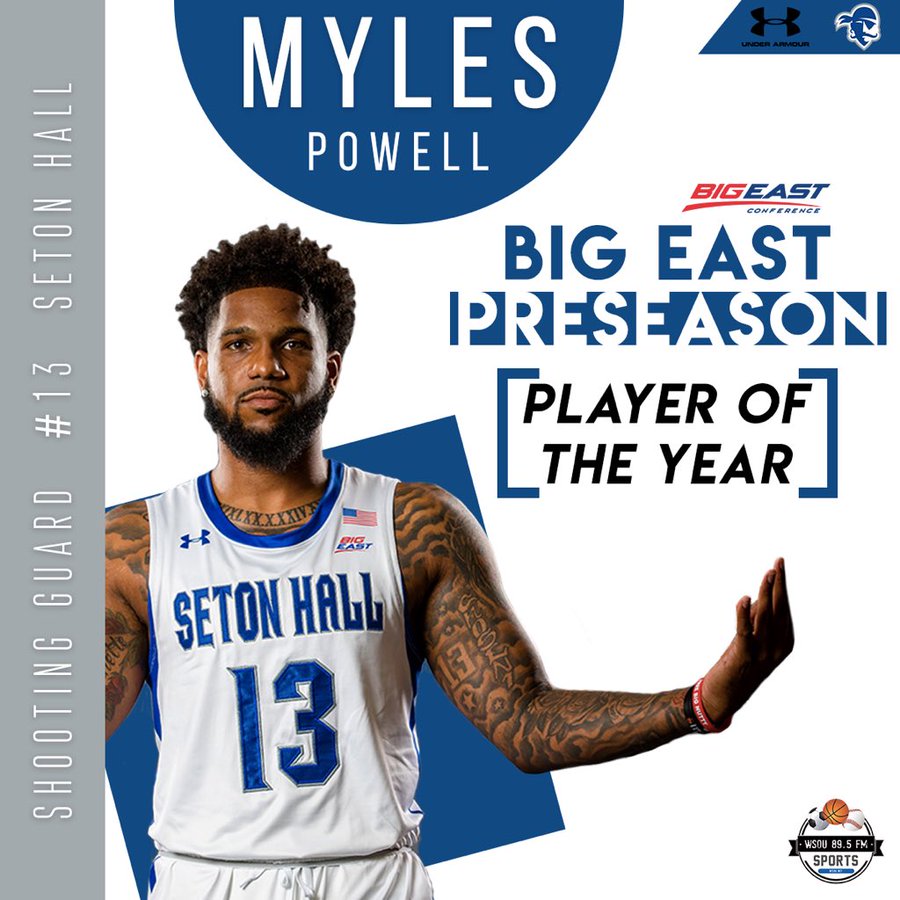 The Pirates were given high expectations by the conference. For the first time since the 1992-93 season, Seton Hall was projected to finished atop the BIG EAST. They were one point ahead of Villanova in the preseason polls, getting 77 points to Villanova’s 76 points.

Myles Powell was also recognized on media day, being voted the 2019-20 BIG EAST Preseason Player of the Year, becoming the second Pirate to be given that honor (Terry Dehere).