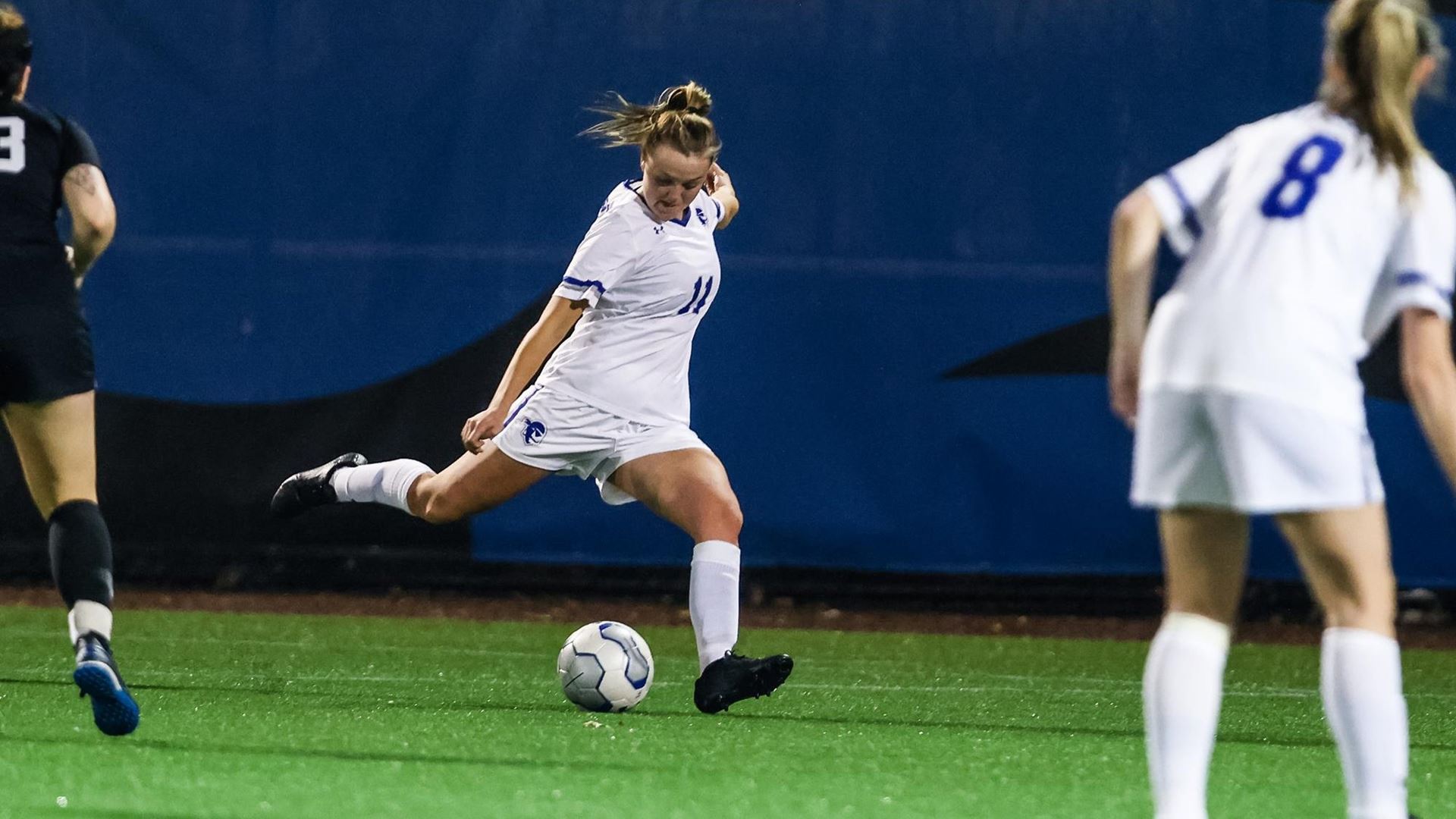 The Seton Hall women’s soccer team opened their season Thursday night with a 1-0 victory over the Lafayette Leopards. It was a back-and-forth game from the jump, but in the end, it was the Pirates who got the win.

It was a slow start for both teams, as the two squads were still trying to get a feel for the game as it is still early in the season. This was Seton Hall’s first game, while Lafayette had two scrimmages against both Villanova and Syracuse before this regular season game.

The Pirates dominated the possession in the first half, as they were able to get nine scoring opportunities with three of them being on goal. Lafayette, on the other hand, only had one shot on goal. Seton Hall started to pick up the tempo and they set it for the entirety for the first half. The Pirates had three offsides calls through the first half alone. While you never want to get offside calls, this shows that the Pirates were the aggressors and not sitting on their hands like they have in previous seasons. The first half ended in a 0-0 tie.

We controlled the first half but couldn't find the back of the net. We lead in shots 9-1 and corners 4-2.#HALLin pic.twitter.com/NgiwaQQ2x4

The beginning of the second half was more of the same for both teams. Seton Hall was on the more aggressive side and dominated the possession for the second half. They notched 12 shots in the entire half with five of them coming on goal. Lafayette was playing well on the defensive end but had a defensive breakdown in the 80th minute.

Naomi Welch scored a goal in the 80th minute to separate the Pirates and eventually give them the win. She was assisted by Natalie Tavana in the box and finished the play by putting it in the back of the net. Welch only had three shots throughout the entire game (two on goal), but she made them count and won the game for the Pirates.

Seton Hall played well defensively down the stretch preventing Lafayette from scoring an equalizer. Throughout the game they had a more aggressive approach on offense, but after they got the lead in the final 10 minutes, they focused their aggressiveness more on the defensive side. This resulted in a few fouls in the final 10 minutes from the Pirates, but nothing that ever put their lead in jeopardy.

Other bright spots in this match include Seton Hall keeper Grace Gordon had four saves on six shots faced throughout the entire game. This shows that she stepped up when she was needed and that her defense was able to support her in limiting the number of shots that the Leopards took.

This was a great first game from the Pirates and is the best way they want to start the season. This was a great tune-up game for them to prepare for the upcoming tough non-conference and Big East schedule. They will need all the confidence they can get once they get to conference play.

We start the season off with a ! #HALLin ⚪ pic.twitter.com/XLMowOC6qU

The Pirates’ next game will be on Thursday, Aug. 26 when they travel to Newark, N.J. to take on NJIT at 4:00 p.m. The next time they are back at home at Owen T. Carroll Field is Thursday, Sept. 2 at 6:00 p.m. Make sure to follow the women’s soccer team on all of WSOU’s platforms as they get started on their 2021 campaign.

Liam Plate can be reached at liam.plate@student.shu.edu.