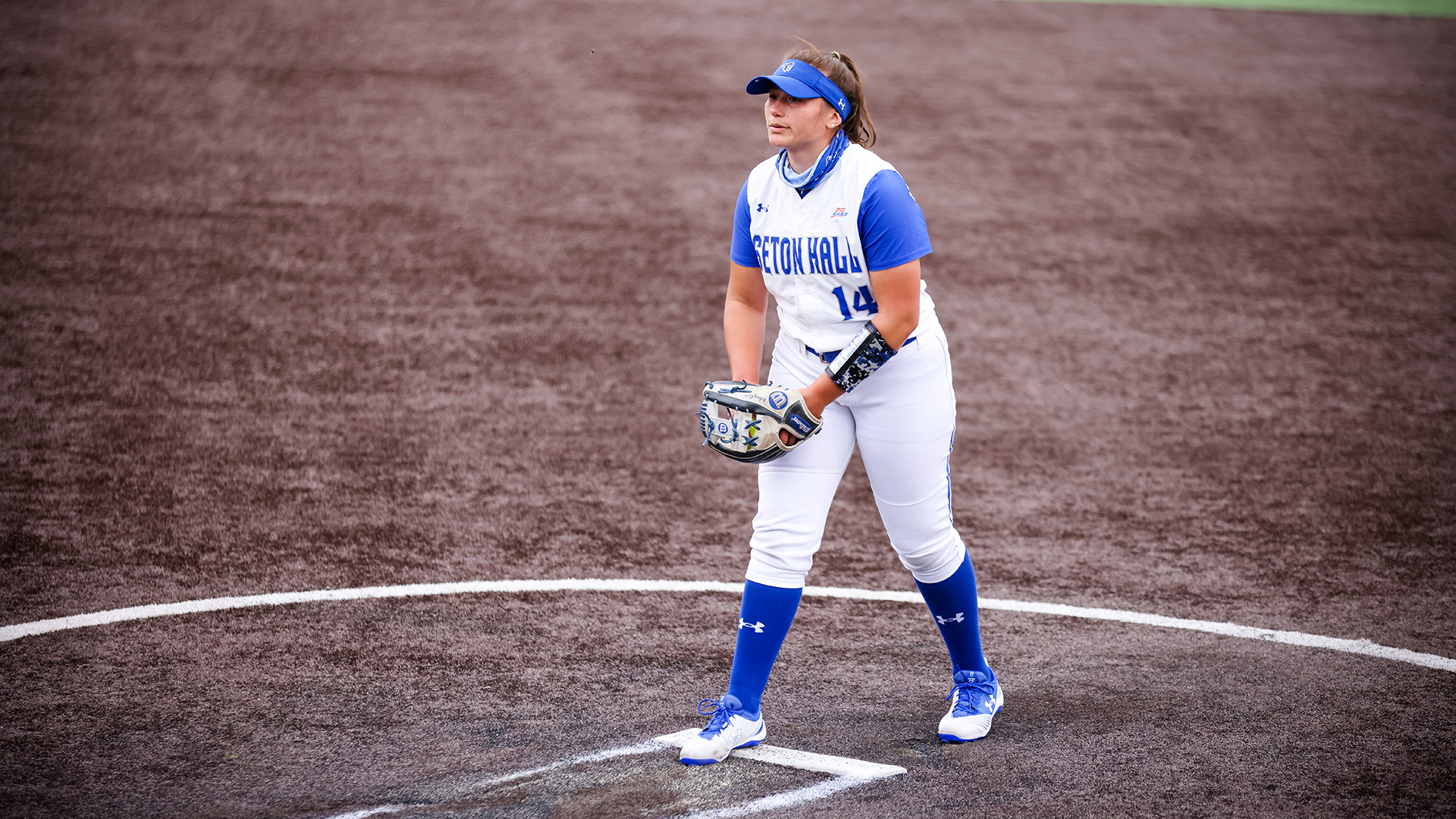 The Seton Hall Pirates softball team dropped a three-game series to the UConn Huskies this past week. After a loss on Wednesday and splitting a doubleheader on Thursday, the Pirates dropped to 8-21 on the season. The series kicked off with a 3-1 victory by UConn on Wednesday night. The victory was a good sign for the Huskies’ future, as the win was engineered by stellar performances from a number of UConn freshmen. The game got off to a slow start, scoreless through four.

However, the Huskies broke onto the scoreboard in bottom of the fifth, after freshman Jana Sanden was hit by a pitch with the bases loaded. The next batter, senior Briana Marcelino, extended UConn’s lead to 2-0 on a sac fly. In the top of the sixth, the Pirates were able to scratch across the run-off the bat of a lead-off Darby Pandolfo big fly.

The Pirates began to build some momentum, as Abby Wingo followed up Pandolfo’s home run with a nice single. However, UConn shut down the Pirate bats from there on, behind a stellar performance from freshman Payton Kinney. Kinney came on for a six-out save, striking out four Pirates and allowing no hits or walks.

In the bottom frame of the sixth, the Huskies put together another rally, and got an insurance run when freshman Rileigh De Weese drew a walk with the bases loaded. Following the Wednesday UConn victory, the two teams got ready to square off in a Thursday double-header. The Pirates took the first game of the day, a 2-1 victory on the back of an outstanding pitching performance by freshman Kelsey Carr. Carr hurled a complete game, surrendering only five hits and striking out five Huskies in the process.

The Pirates got their pitcher some early run support, jumping to a 2-0 lead after RBI singles by Hailey Arteaga and Janae Barracato in the third and fifth innings, respectively. Carr dominated UConn’s bats, and took a shutout through 6.2 innings. Down to their last out, UConn brought home a run on a Marcelino double, but Carr buckled down and got the last out to secure the victory for the Pirates.

With the series tied, everything came down to the rubber match and second game of the double-header. UConn jumped out to a very early lead, thanks to a two-run homer by Sanden in the bottom of the first. Seton Hall fought back and tied things up in the third, as Kelsey Carr shot a two-run single up the middle. However, from there on out, it was all UConn. The Huskies plated three in the bottom frame of the third, after a two-run double by redshirt junior Sami Barnett, and a sac-fly by Marcelino. They would go on to cushion their lead further in the bottom of the fourth, on an RBI double by senior outfielder Reese Guevarra.

The story of this game revolved around the stellar pitching of UConn. Payton Kinney followed up her six-out save on Wednesday by starting this one, where she went four innings, allowing only two runs on five hits and striking out two. Relieving her was sophomore Meghan O’Neil, who decided to one-up Kinney’s relief effort from the day prior. O’Neil flat out dominated the Pirates, tossing three perfect innings to complete a nine-out save and securing the victory for UConn.

The Pirates will now look to end their season on a good note, as they travel to Rhode Island to face Providence for the final series of the regular season. Be sure to stay tuned to WSOU for all the coverage you need, as the Pirates wrap up their season, starting Saturday, May 8.