By: Joey Nardone and Jonathan Heite 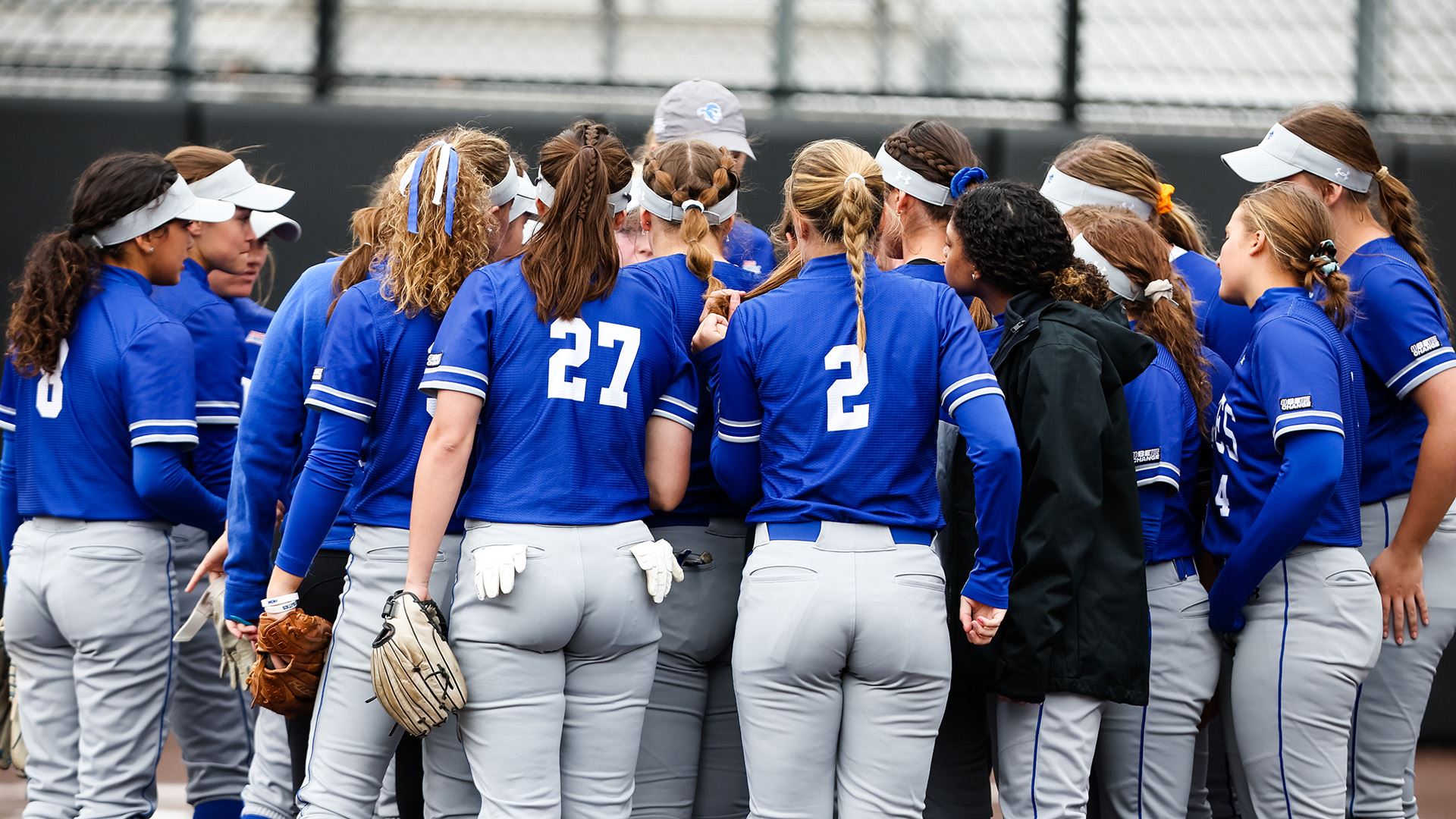 The Seton Hall softball team faced the DePaul Blue Demons in a true pitcher’s battle in an extra innings affair on Friday afternoon at home. Junior Shelby Smith was on the mound for all 13 innings for the Pirates only giving up one earned run, striking out 11, and throwing a total of 176 pitches.

The Hall drops a tough, extra-inning battle with DePaul. Shelby Smith tosses all 13 innings for the Pirates racking up 11 strikeouts along the way.

Back at it for game two tomorrow at 1 p.m.#HALLin ⚪️

It was tied 1-1 going into extra innings, where Seton Hall would put pressure on DePaul leaving two runners on base in the 10th and 11th innings. DePaul’s pitching efforts was split between Erin Hocker taking the first six innings and Sarah Lehman having the final seven.

The two added up for only one earned run, 13 strikeouts, and a total of 222 pitches thrown. In the 13th inning, DePaul took the lead and Seton Hall almost rallied back but came just short, ending the game in a 2-1 win for DePaul.

The Seton Hall softball team dropped the final two games of a three-game set vs. DePaul, losing 8-7 on Saturday and 4-1 on Sunday.

In the Saturday matchup, DePaul jumped out to a 2-0 advantage in the first and tallied five runs in the third before the game got closer towards the end. Abby Wingo delivered an RBI single in the bottom of the sixth to cut the Blue Demons’ lead to one, but the score would end as 8-7.

Six different Pirates get into the hit column. Olivia Gilbert led the way with three hits including two doubles and an RBI.

Game three is set for tomorrow at noon.#HALLin ⚪️

Cadyn Ehrenberg only gave up one unearned run and two hits in four innings of work for the Pirates, and Olivia Gilbert led way on offense with three hits and also collected one RBI.

The last game of the series was a little less intense, as DePaul knocked in a three-home run in the fourth to end the stalemate. Shelby Smith had seven strikeouts through four, and Marisa Pla scored a run in the bottom of the fifth to cut the lead to three, but that would do it in the scoring department.

B5 | Marisa Pla with the hustle to score from second on the DePaul miscue!

Seton Hall is now 14-16 on the year, including a 4-8 record in conference play, and will be back in action on Tuesday away at Rutgers.

Joey Nardone can be reached at joseph.nardone1@student.shu.edu.