Recap: Seton Hall gets one win in final series vs. Providence 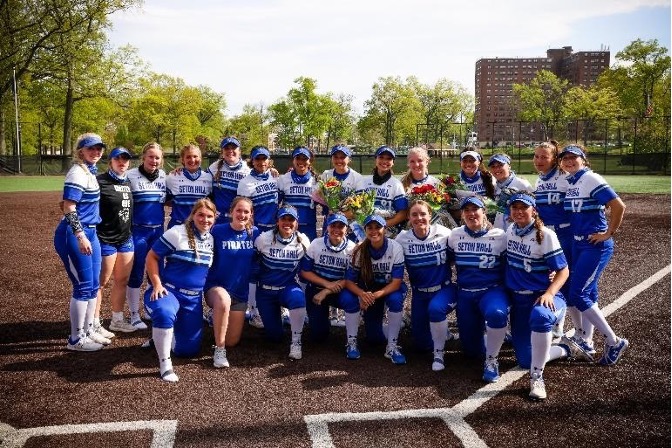 In their last series of an unusual and COVID-19 riddled season, the Seton Hall women’s softball team (9-23, 5-13 conference) lost to the Providence Friars (5-16-1, 4-13-1 conference) on the road, two games to one. The Pirates had some big-time performances across the board, but they could only pick up one victory to cap off a tumultuous 2021 campaign.

The two Big East foes played a two-game set on Saturday (May 8), as well as the season finale on Sunday (May 9) in the afternoon. Starting with game one of the doubleheader, the Friars’ offense was put on full display in an 11-2 blowout win in five innings. The most dominant batter of the three-game series, Darby Pandolfo, catapulted the Pirates to an early 2-0 lead with a home run in the first inning.

Darby Pandolfo launches her team-leading sixth homer of the year to put the Pirates up 2-0!

However, this was the only lead for Seton Hall in the matchup, as Providence’s Jacque Harrington responded with a solo home run blast of her own to only give the Pirates a one run advantage. A few innings later in the third, the floodgates were opened with the Friars tallying six runs, and four more runs were scored in the fourth inning to complete the offensive outburst.

Compared to the offense of game one, the second matchup of the day was a tight defensive battle that led to a Seton Hall shutout and final win of the season by a score of 4-0. The star of the victory was Shelby Smith, who threw a complete game shutout and five strikeout performance to quiet the surging Friars’ bats.

The first five innings were knotted at 0-0, but the Pirates came alive in the top of the sixth with two home runs to jump out to a 3-0 lead. Hailey Arteaga picked the best time possible for her first long ball of the year, with a two-run home run followed right by another home run (solo) from Pandolfo to provide Seton Hall with much needed scoring after the previous game drought.

Finally, the last run of the contest belonged to Abby Wingo, who knocked home an RBI triple (first of the year) in the seventh inning to complete the well-deserved win. After splitting the doubleheader, emotions were at an all-time high during the final matchup of the regular season.

Although the Pirates lost 8-4, Pandolfo collected even more accolades in her last game in a Seton Hall uniform. The Massapequa, N.Y. native hit her third home run (seventh overall) in three straight games, bringing her career total to 25, which places her fifth on the Seton Hall all-time leaderboards.

Darby Pandolfo picks up her third home run in as many games to put the Pirates on the board in the first!

This fateful blast occurred in the top of the first, giving Seton Hall their third consecutive early lead of the series. Once again, Providence answered back in the bottom half with three runs of their own to take a commanding 3-1 advantage. Providence’s Madi Traver delivered a two RBI double to serve as the scoring in the Friars’ offensive response.

Another Pirates’ home run came in the second inning, this time Wingo joining the derby with a shot to right field cutting the deficit to only one run. However, the Friars collected two home runs to double their run total to six in the bottom of the third, which provided the spark needed to put Providence over the top in the middle of the game.

Other offense came from an RBI single by Molly McGarry in the fourth inning to extend the lead to 7-2, and Janae Barracato would respond with an RBI single of her own in the fifth to make it 7-3 Friars. As they did the entire three game set, Providence’s Jacque Harrington brought home Elysia Cunnigan to make it eight total runs, and the Pirates’ only answer came in the final frame after a Kelsey Carr walk with the bases loaded that brought home Barracato to complete the scoring. 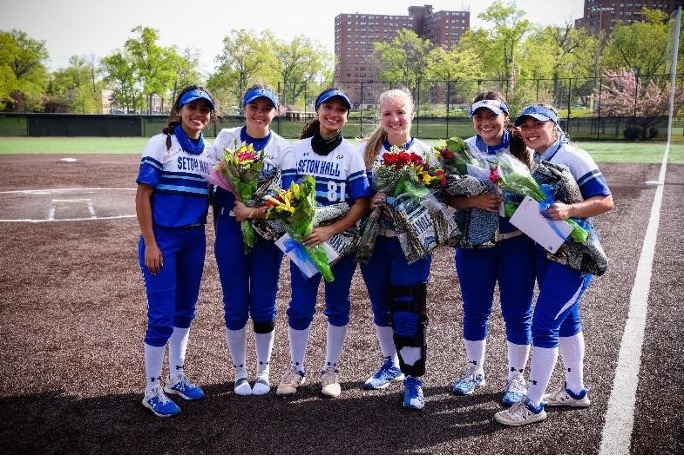 While the year is officially over and a seventh-place finish to their names in the Big East, the program is surely grateful for this long-awaited season after the COVID-19 postponements of last spring. The squad will miss the bat of Pandolfo and other departing members of the lineup, but many young Pirates are on the rise and should make for an exciting next season!

Jonathan Heite can be reached at jonathan.heite@student.shu.edu