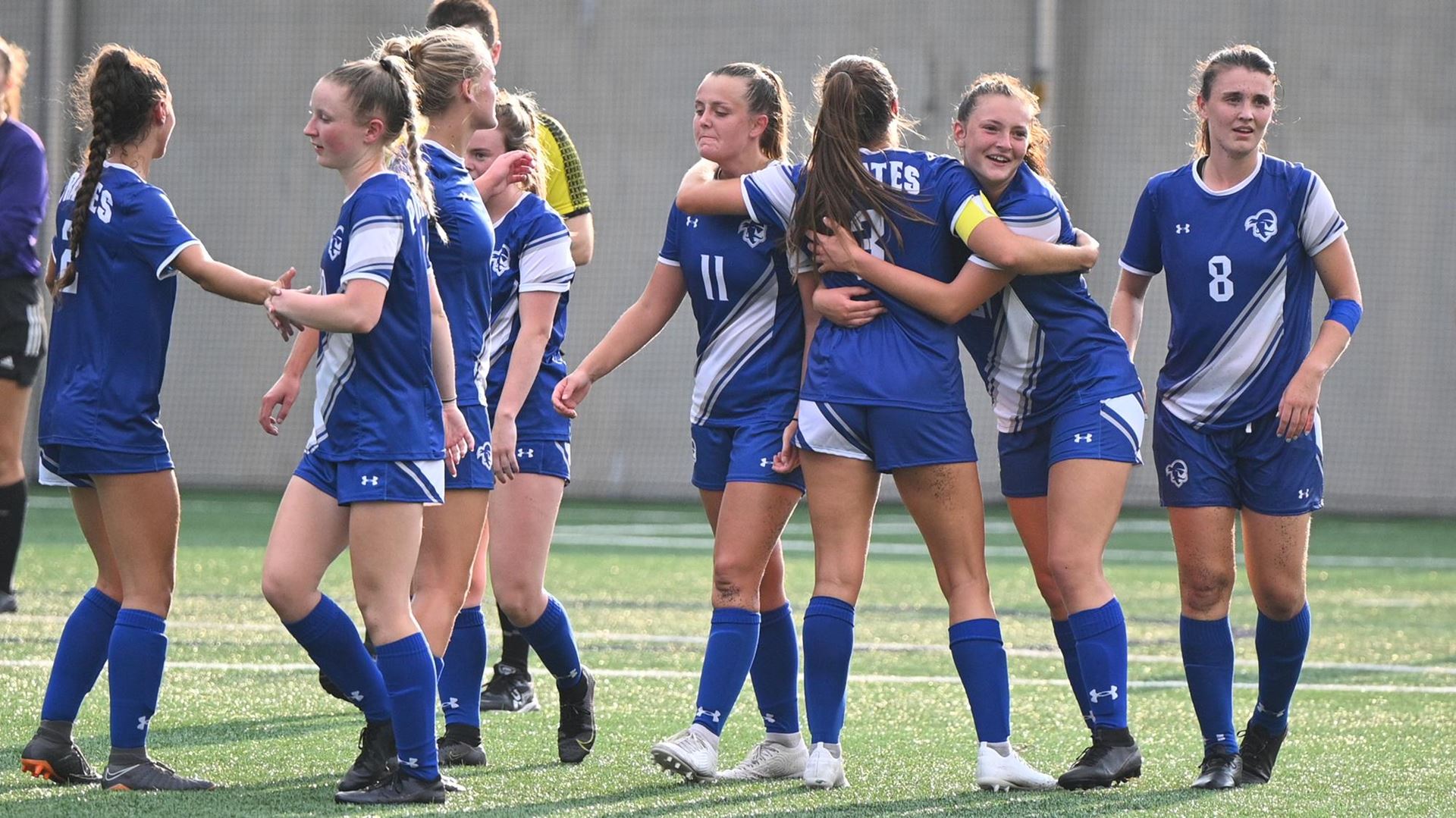 In a very low-scoring game, the Seton Hall women’s soccer team was able to come out on top against the Delaware Blue Hens by a score of 1-0 in Delaware and extend their shutout and win streaks to three games to start the 2021 campaign. They shut out Lafayette and NJIT in their first two games of the year as well.

This win also marked the first time since 2012 that the Pirates have won at least three straight games to open a season. They started the 2012 season with five straight wins, making this year already an excellent start for the players and staff.

It was also the first time these two teams had faced each other since Sept. 2019, when Delaware won 2-1 in double overtime. That same level of defense was present in this game as the lone goal of the game did not come until the 71st minute. It was scored by Seton Hall senior midfielder Emma Ramsay from Canada and was her first goal of the season. Seton Hall freshman forward Sophie Liston from Ireland racked up an assist on the goal.

Seton Hall breaks through first on a goal by EMMA RAMSAY off a beautiful crossing pass from SOPHIE LISTON in the 71st minute!!

Despite having the only goal in the game to win it, Seton Hall trailed Delaware in shots and shots on goal by the end of the contest. The Pirates had seven shots with four being on goal, while the Blue Hens had 11 shots with six on goal when the clock hit the 90th minute. Delaware also had three shots to start the game before Seton Hall even had one, which Liston recorded in the 14th minute for the Pirates.

The second half started off very slow for both teams in terms of shots as neither team had one until the 61st minute when Delaware sophomore midfielder Laura Fluegge from Germany kicked one wide of the net. Seton Hall recorded their first shot/shot on goal of the second half for either team two minutes later.

Both goalies were also stellar in this match as only one goal was scored off of either of them. Seton Hall’s junior goalkeeper Grace Gordon from Pennsylvania had six saves and allowed no goals in her third straight shutout start to begin the season. Delaware’s senior goalkeeper Lauren Krinsky from East Brunswick, N.J. had three saves and allowed the only goal of the game with just under 20 minutes left in the match.

Overall, the Pirates and Blue Hens played a very defensive game, but fouls for both teams piled up in this match. By the end of the first half, there were seven fouls between the two teams with Delaware having five. The Pirates received the first three fouls of the second half to even the Blue Hens in that category but did not commit another foul after that. Delaware finished with eight fouls, and Seton Hall junior defender Abbie Roberts from England also received the only yellow card of the game in the 27th minute.

The Pirates return home to South Orange, N.J. to face the Fairleigh Dickinson Knights this Thursday night at 6:00 p.m. The game kicks off a four-game homestand for Seton Hall, which will be their longest of the 2021 season. All the action can be seen on FloSports (via the Pirate Sports Network) and you can read about all of the team’s recaps right here at wsou.net.

Nick Masturzo can be reached at nicholas.masturzo@student.shu.edu.