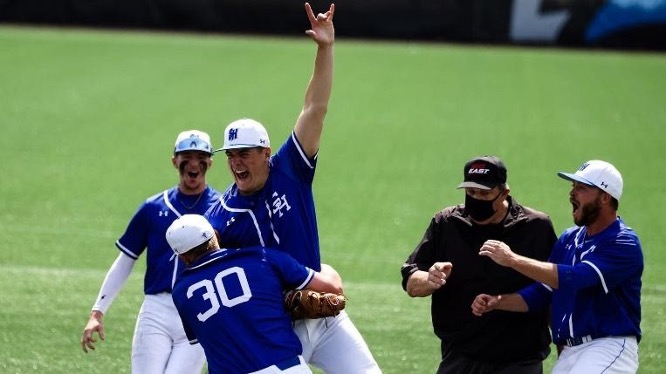 This past weekend, the Seton Hall Men’s Baseball team (19-15, 12-3 conference) remained red hot as they put together a four-game series sweep of Georgetown (4-13, 4-10 conference) at home. The two Big East conference rivals played one game Friday, a doubleheader Saturday, and a historic matchup Sunday that resulted in the South Orange program’s first solo no-hitter in five years (2017).

Starting on Friday afternoon, the Pirates took game one of the four game set in an 8-7 thriller behind stellar contributions from veterans on the roster. Senior Ryan McLinksey put in 6.2 scoreless innings of work and tallied a career high 10 strikeouts, graduate student Matt Toke (Big East Honor Roll) batted three-for-four with two RBIs, and senior Jerry Huntzinger collected two RBIs of his own in the tightly contested victory. 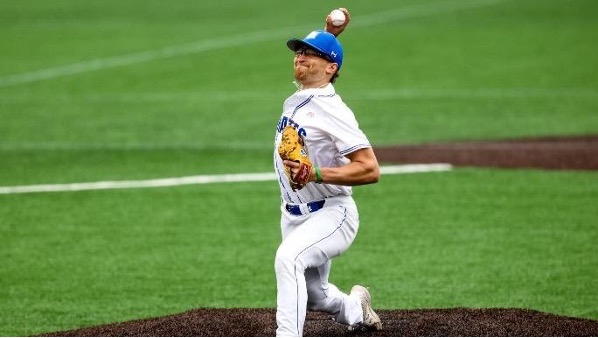 The game was tied 0-0 until the top of the fifth, where a throwing error by McLinskey proved costly to give the Hoyas the early 1-0 advantage. In a quick turnaround, Huntzinger delivered a two RBI single to start the scoring in the bottom of the fifth. Then, Toke added a two RBI base hit, followed by graduate student Connor Hood, who smacked a two RBI double to keep up the offensive momentum. Later that inning, Toke advanced on a wild pitch and junior Alex Clyde collected an RBI single to give Seton Hall a 7-1 lead and seven total runs in the wild fifth frame.

The eighth and final run of the ballgame came from senior Casey Dana, who hit a solo home run (fifth of season) to finish off the Pirates’ scoring of the afternoon. Georgetown had a threatening rally in the ninth inning, but freshman Zane Probst finished the job on the mound to take the series opener.

Casey smashes this no doubter to left. His 21st career HR makes it 8-1 Pirates. #HALLin pic.twitter.com/90Ctl2zRqU

(Wilnir Louis with the call)

After a successful Friday, Saturday brought an impressive doubleheader for the Pirates, as they collected two more victories to keep their hot streak alive. The first game of the day (second overall in the series) was a low scoring affair, with David Festa pitching a seven-inning masterpiece. The junior only allowed two hits and collected seven strikeouts in one of the best pitching performances of the season.

Toke scored on a fielder’s choice to give Seton Hall an 1-0 advantage early in the game, while Festa shutdown the entire Georgetown offense, even with a six consecutive strikeout streak between the fourth and sixth innings to put the game out of reach. The only other scoring came from senior Collin Sheehan, who knocked in a clutch RBI double in the sixth to put the final run on the board that resulted in a final score of 2-0. 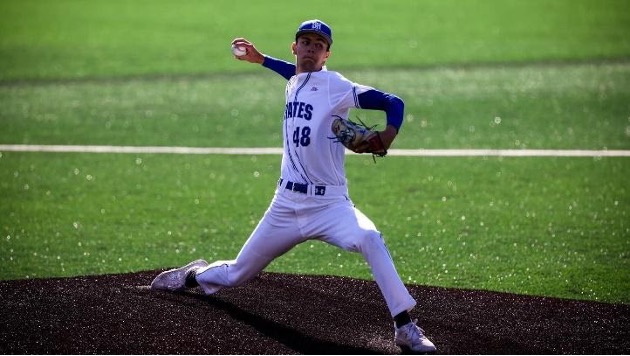 In the second matchup of the doubleheader (third in the series), the Hoyas would not go away, as the Pirates battled hard to earn an 8-4 victory. After an early 2-0 deficit, the Pirates would go on to score three consecutive runs in the fourth to reclaim a 3-2 lead. Sophomore Jonathan Luders delivered a two RBI single and came home on a wild pitch in the Pirates’ offensive response.

In the sixth, another superb sophomore, Devin Hack, collected an RBI double to make it 4-2 in favor of Seton Hall, but Georgetown would get within one in the top of the eighth to threaten a potential Pirates series win. However, Toke came up clutch and drove in a two-out, bases clearing double to ice the game.

Junior Steve Grober then tacked on one more RBI for good measure to extend the Pirates’ run count to eight. On the pitching side, junior Joe Cinnella picked up the win on the mound, and senior Sean Miller finished the Hoyas off in the ninth inning to secure the series victory for Seton Hall.

However, the best part of the series did not arrive until the Sunday matinee, where senior Tyler Burnham (Big East Pitcher of the Week) hurled a career best 14 strikeout no-hitter to conclude the four-game set with a 2-0 statement win. The team’s last combined no-hitter was two years ago against Iona on March 30, with four Pirates contributing to that effort.

History was made at Mike Sheppard Sr. Stadium at Owen T. Carroll Field, as the Pirates’ lefty ace plowed through the Hoyas’ lineup in historic fashion. Despite Georgetown getting two runners on base (walk and balk) in the top of the first, Burnham began his strikeout tear including two in this frame to get momentum on his side.

The only scoring in the ballgame came from a Hood RBI single in the bottom of the fourth and a Huntzinger RBI blast in the seventh to give Burnham enough run support to enter the history books. It took 128 pitches, but the East Brunswick native made history to cap off the four-game winning streak.

In total, the Pirates have won eight out of their past 12 games and their third Big East series of the year while jumping to the best conference record in the Big East. After a slower first half of the year, the team has put it together at the right time and will look to continue their winning ways in a three-game set against Xavier starting this upcoming Friday, May 7. This series is a must watch in a crucial part of the regular season!