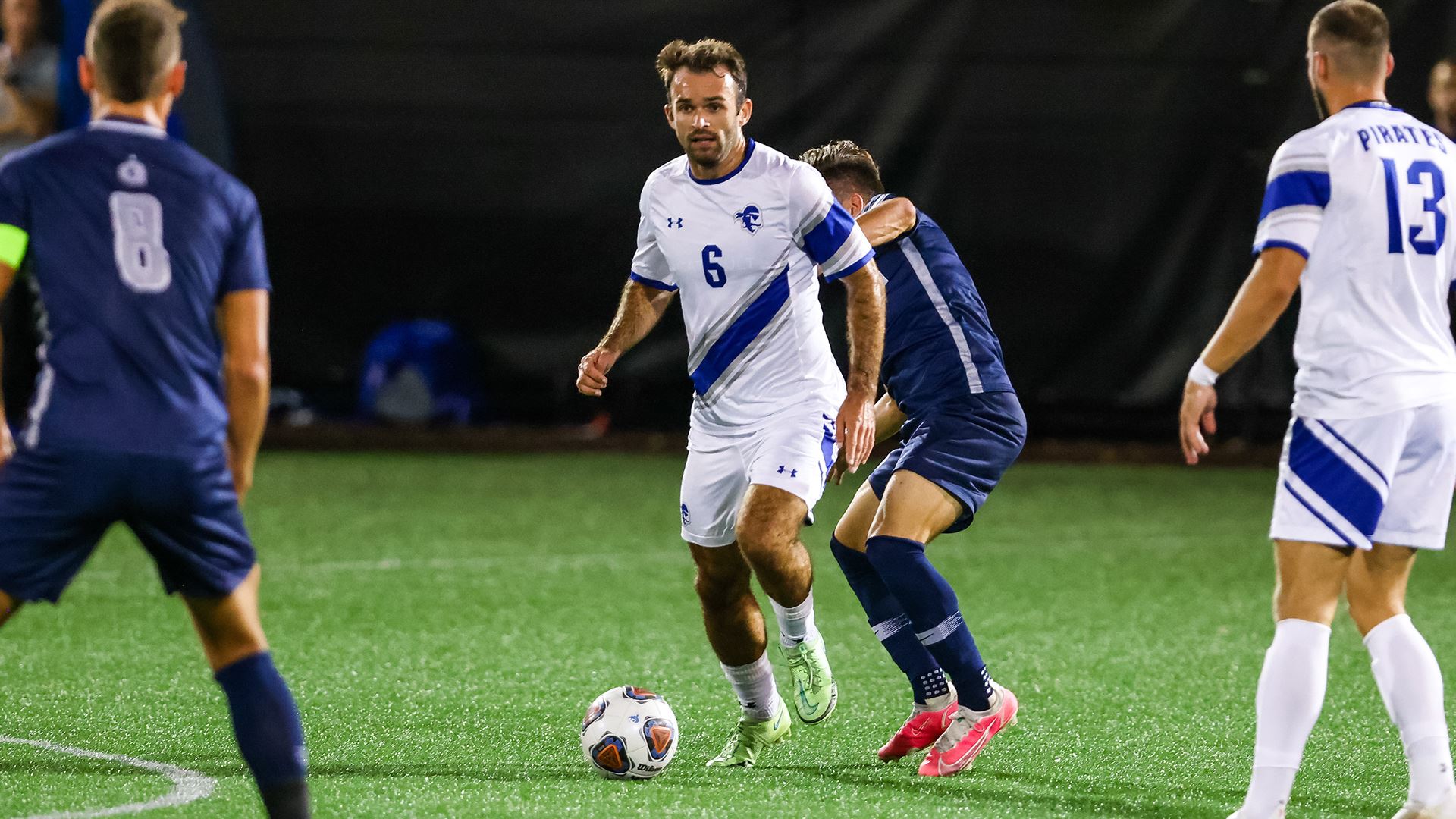 It was a defensive battle that the Pirates won in the final 10 minutes of the contest. Seton Hall also claimed their first conference win this season in a game that was delayed by an hour due to inclement weather in Chicago.

Jordan Jowers tallies late as Andreas Nota pitches a shutout to put the Pirates over the Blue Demons on the road!#HALLin 🔵⚪️ pic.twitter.com/DQDMiPygb6

To start the match, DePaul tried to get out to an early lead with an attack from Jacob Huth, but his shot was blocked by Seton Hall’s defense in the first few minutes.

Within the first nine minutes of play, there were already four combined fouls between Seton Hall and DePaul. The action started to get more intense in the 11th minute, when a yellow card was called on DePaul’s Omar Ramadan.

In the 14th minute, the Pirates started to gain momentum on offense with a shot attempt from Johannes Pex, but his shot was saved by DePaul goalkeeper Gandhi Cruz. The Blue Demons answered right back with a shot attempt of their own from Marek Gonda; however, his shot sailed above the net.

In the 21st minute, Pex attempted another shot that shifted off course to the left of the goal. Pex certainly showed his leadership early on in this contest with his willingness to score.

Seton Hall’s O’Leary wanted in on the offensive action in the 23rd minute, but his shot was off target to the right. At this point in the match, these two squads were nearly matching each other shot-for-shot.

DePaul’s Jack Richards nearly scored in the 26th minute when the defensive unit for Seton Hall blocked his shot attempt. C.J. Tibbling was in search for a goal with 17 minutes left in the first half, but his shot missed the mark above the net.

Discipline was an issue for the Pirates in the first half, and that was on full display when Paavo Riihjarvi was given a yellow card in the 29th minute, after he checked in a few minutes’ prior. In the 39th minute, James Boote hunted a shot, but it was blocked by the Blue Demons. After 45 minutes, the match was scoreless, nil-nil.

HALF | Still scoreless at the break.

Pirates hold a 9-3 advantage in shots and 2-0 lead in shots on frame.#HALLin 🔵⚪️ pic.twitter.com/68Sb2XHUv2

The second half started off with several fouls for both teams. Pex found a way to ignite the offense for the Pirates with back-to-back shot attempts in the 53rd minute, even though they were either blocked or saved by Cruz. Riihijarvi had a near-make in the 56th minute with a shot for Seton Hall.

Play eventually resumed at 4:30 p.m. EST, after the delay lasted nearly one hour. Boote tried to score in the 75th minute, but Cruz made a great save to keep the match scoreless.

The Pirates broke through in the 81st minute with a Jordan Jowers goal that gave the Pirates a 1-nil lead over the Blue Demons.

Another look at the Jowers's goal that gives the Pirates a late, 1-0 lead!#HALLin 🔵⚪️ pic.twitter.com/e15Uo6zDqE

The Seton Hall Pirates held on for the one-goal victory that they desperately needed to stay alive in the Big East.

The Pirates are back in action on Saturday against St. John’s in Queens, N.Y., at 7 p.m.