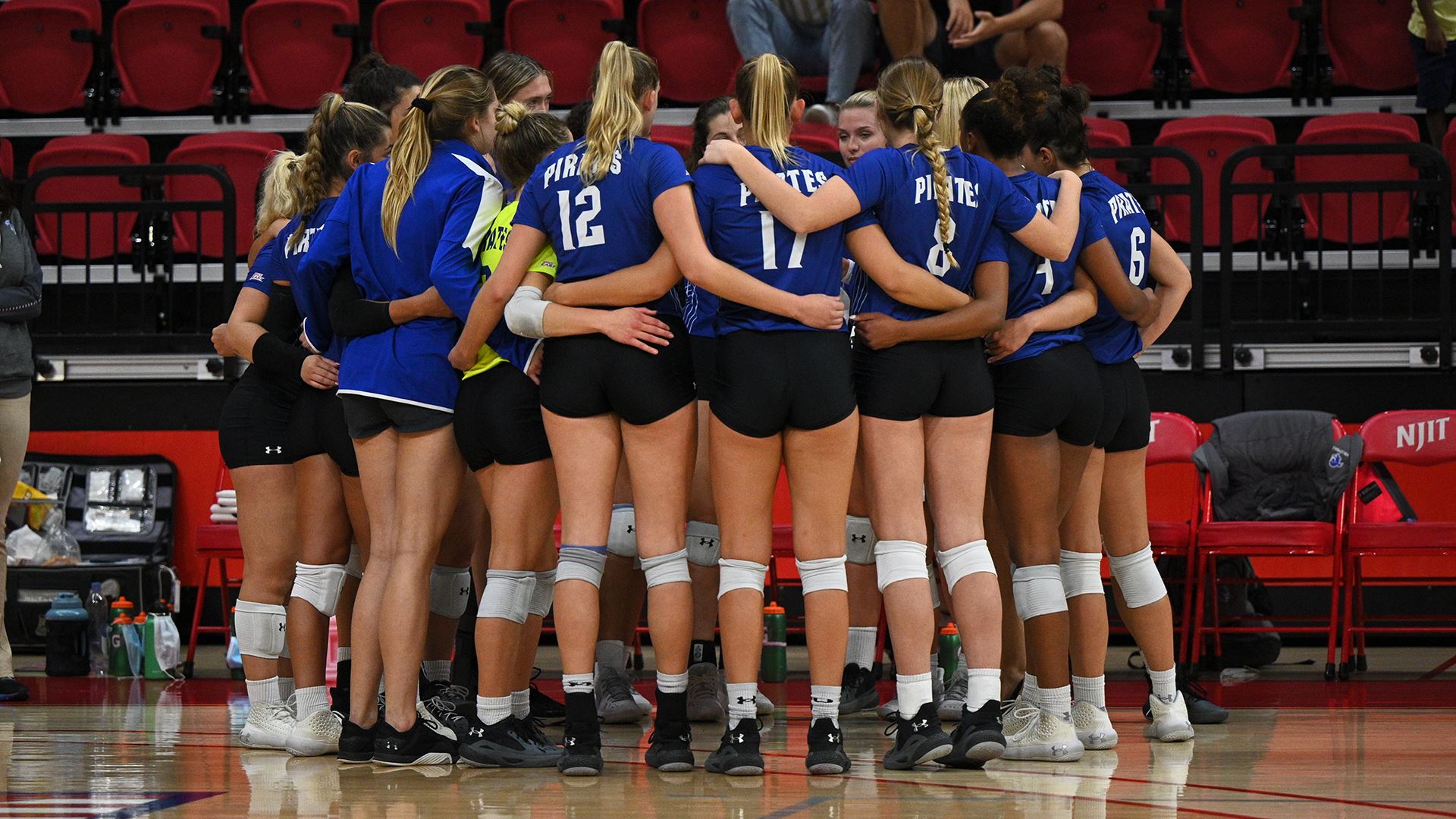 Last night, the Seton Hall women’s volleyball team took a 3-0 loss on the road to the DePaul Blue Demons. The Pirates came into this match off a 3-0 victory against the Butler Bulldogs and hoped to continue their winnings ways in Chicago.

Seton Hall falls in three sets at DePaul. The Pirates will return to action tomorrow night at Marquette.

The first set was tight all the way through and was tied at 22-22 near the end, but DePaul finished the job. The Blue Demons took the advantage and got a Molly Murrihy ace followed by a kill by Jill Pressly to end the set, 25-23. Pressly was one of the offensive stars for DePaul, finishing the match with 12 total kills.

Seton Hall drops a really close opening set at DePaul. The Pirates will look to even things up in set two.#HALLin pic.twitter.com/uIDY7DN0T8

DePaul got better as each set went along, and the third set was no different. The Blue Demons took the third and final set by a score of 25-16, as they ended the match quickly and with efficiency. DePaul’s hitting percentage skyrocketed because they would go to .393 in the final set of the match.

Despite the score in Chicago, there were still positive performances from the stars of Seton Hall, and DePaul just outplayed the Pirates this match. Emilee Turner has continued her return, and she led the team in kills with 10, along with four blocks.

The Pirates have continued to impress on the blocking front, along with Turner, as the dynamic duo of Madison Frusha and Amanda Rachwal had themselves good days with blocks. Rachwal ended her night with seven blocks leading the team, while Frusha picked up four. Raygan Murray stepped up at the libero spot this match for the Pirates with 23 digs, as she showed great hustle and effort for some seemingly out of reach hits.

She really is a ROCK WALL!! pic.twitter.com/zzaohmiNum

Seton Hall now falls to under .500 with a record of 10-11, along with a 2-4 conference record on the season. The Pirates have one more match on their four-match road trip before returning to South Orange, N.J. against Xavier on Oct. 22.

On Saturday, Oct. 16, the Pirates will play the second match in a back-to-back against a tough Marquette squad at 6 p.m. Marquette currently sits at the top of conference with a 6-1 record and will be a tough test for the Pirates.

However, this team has shown grit against adversity this season, and will continue to do so in their match versus the Golden Eagles.