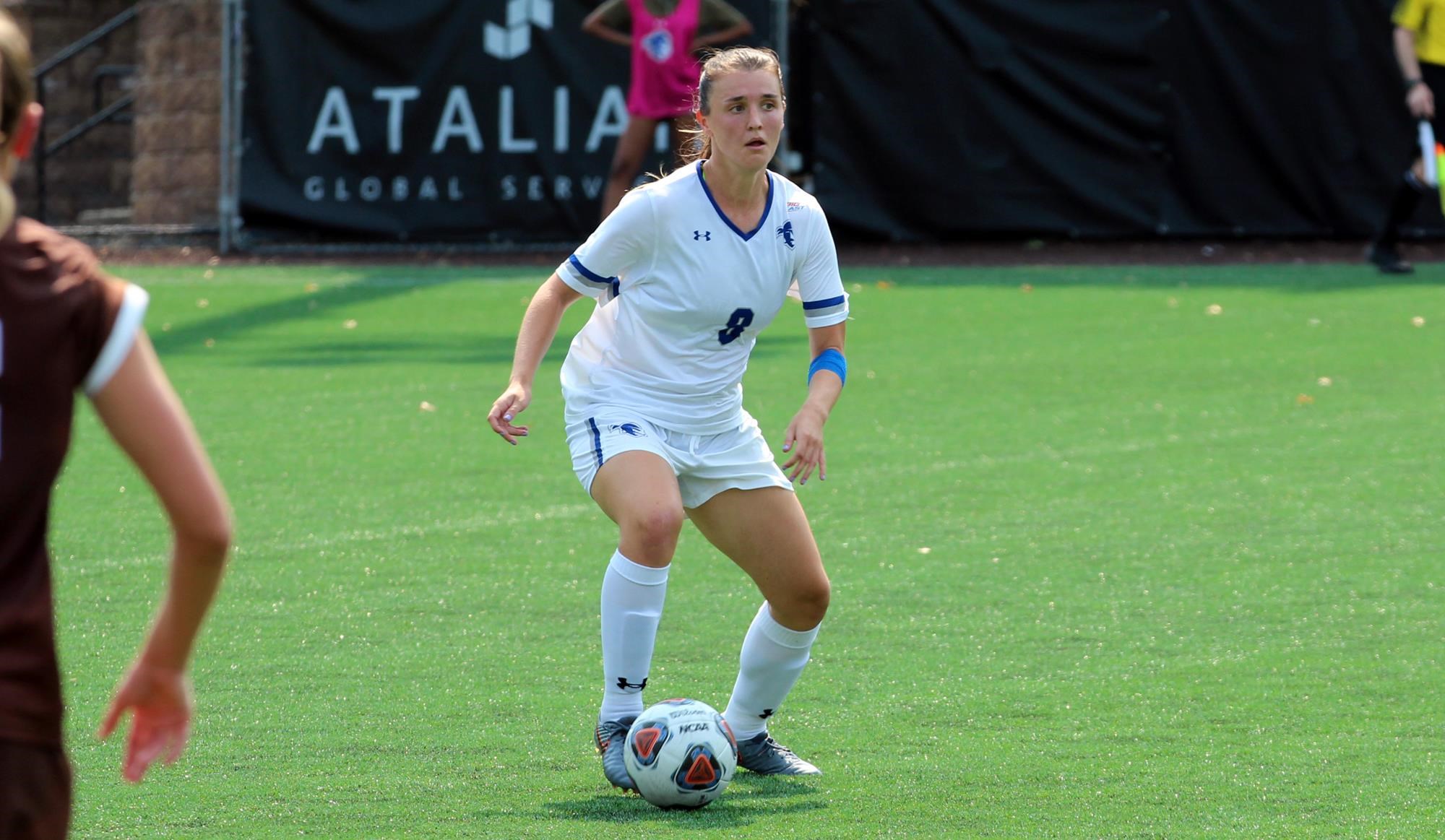 The Pirates took on the Xavier Musketeers Sunday in a rainy contest at Owen T. Carroll Field, losing a difficult match by a score of 4-0. Three out of Xavier’s four goals came in the first half of today’s game. This brings the Pirates record to 6-8 on the season.

Although it was another tough loss for the Pirates, there were a few highlights here and there. Goalkeeper Grace Gordon was the star of today’s game for Seton Hall, with nine saves on 23 shots, even though she allowed four goals on the day. Laura Hooper led the team in shots with three as the Pirates hunted for opportunities against a stout Xavier defensive front. The final star for the Pirates was Natalie Tavana who had two shots on the day for the Pirates.

Grace Gordon with the impressive diving save of a Xavier missile!!

On the other side of the pitch, Xavier had four players net a goal in the contest. The star for the Musketeers was Shelby Sallee, who netted a goal on seven shots, and another star was goalkeeper Oliva Jenkins, who had a shutout with only two saves for the entire game. Finally, Molly McLaughlin had four shots for the Musketeers, but was unable to net a goal.

The Pirates’ final line for the game was five shots, with two shots on goal, and they also had seven fouls and three corners. As for Xavier, the stat totals included 23 shots, with 13 shots on goal along with 11 fouls and five corners. The Pirates had plenty of opportunities to score throughout the game with those eleven fouls committed by Xavier; however, the Pirates got the only card of the game with Abbie Roberts receiving a yellow card in the 58th minute.

Looking forward, this Pirates team can dominate, as the team has the talent and have shown it off earlier this season. The conference schedule is as difficult as ever, and this team needs to get more shots and more shots on goal. This is the second game in a row where the pirates have put less than 10 shots anywhere near the goal, and something needs to click on offense if they want to compete for a top spot in the Big East this year.

This is not the end for the Pirates by any means, as the team still has a few games to go and are looking to make a push towards the conference tournament. All they need to do is get hot at the right time, and their future in South Orange, N.J. could be looking a lot brighter.

Seton Hall will return to action on Sunday, Oct. 17 when it heads to Omaha for a date at Creighton.#HALLin ⚪

In the schedule ahead, the Pirates face the Creighton Blue Jays on Sunday, Oct. 17 at 2 p.m., where they look to have a bounce back game and make a statement against a good Creighton team. If you want to catch that game, it will be broadcasted on FloSports, and a recap can be found here on wsou.net from Michael Leniart.

All the Pirates need to do heading into the end of the season is a little bit of momentum, and they look to regain that in this next game.