Recap: Pirates Blow Late Lead and Lose to the Bluejays, 8-7 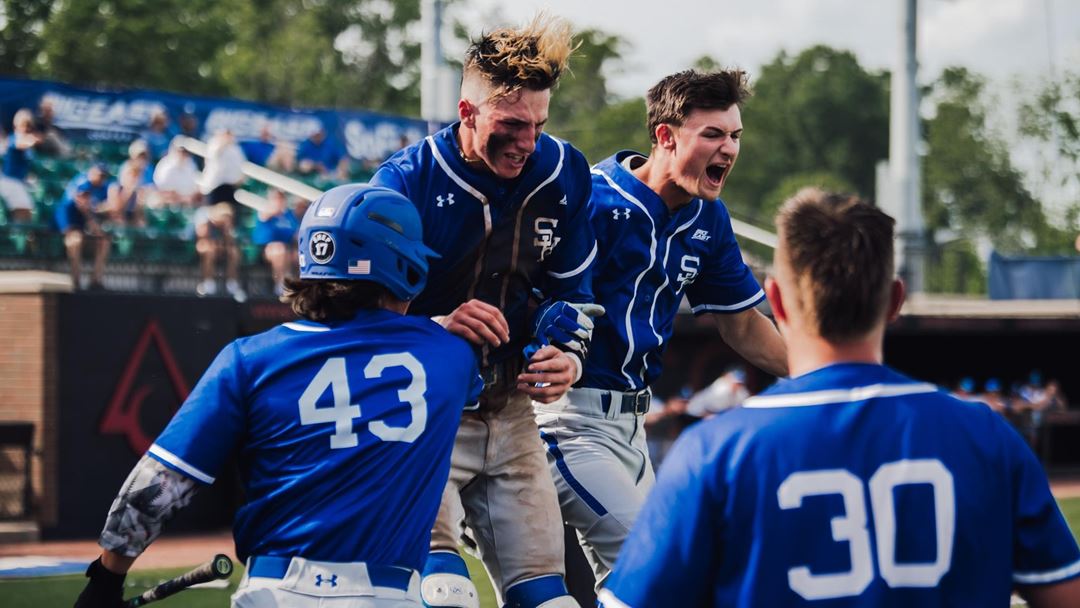 History repeats itself as the Pirates crumble down the stretch and fall to the Creighton Bluejays 8-7 in walk-off fashion. The Pirates have yet to bet the Bluejays in the Big East Tournament and are now 0-7 all time against them in the playoffs. The Hall goes into Mason, Ohio after falling in their last five games limping into the tournament. But in this game, the bats were hot as the Hall finished with 18 hits from the entire lineup.

The 7-8-9 hitters all combined for the majority of the hits in this one as timely hitting brought the Pirates back from a 4-2 deficit in the seventh. Big bloop single from Matt Toke trims away at the lead to make it 4-3 scoring the speedy Jerry Huntzinger from second. This brought life to the dugout as the pirates were in store for a dynamic offensive display down the stretch.

In the top of the eighth inning, Scotto led off with his third hit of the day and he made it safely to second base after Clyde played small ball and advanced him with a timely bunt. The red hot Huntzinger was intentionally walked to put runners at first and second with two outs. That brought Luders to the dish who rolled a single through the left side of the infield, bringing home Scotto from second and knotting the game up at 4-4.

The top of the ninth inning came along and it was still all tied up at 4. Matt Toke kept his bat red hot as he started the inning with a double and was substituted for Devin Hack as a pinch runner. That set the stage for graduate student Connor Hood as he took the plate and he delivered the go ahead run scoring Hack on a single through the left side, making it 5-4 Hall.

Seton Hall went full tilt on offense as an RBI single by Scotto pushed Hood across home plate and Alex Clyde drove in Scotto with an RBI single down the left field line driving in two more runs and making it 7-4 Seton Hall.

With a 3-run cushion, the Pirates enter the bottom of the ninth needing three outs to put away the Bluejays. The Hall’s pitching struggled to find the strike zone and walked three straight batters to load the bases with no outs. Blue Jay designated hitter Dax Roper lined a double to score two runs and cut the lead to 7-6 Pirates still ahead. Then David Vilches connects on a deep flyout to score the runner on third and to tie the game 7-7.

Pirates drop out of the main bracket as the Bluejays plate four in the ninth.

We'll face the loser of UConn vs. Xavier tomorrow at 2:30 PM.#HALLin

Finally, Will Hanafan lines one into the outfield to score the winning run from second and to tally Creighton’s fourth playoff walk off win, and their second against the Pirates. The Pirates will now face Connecticut today at 2:30 p.m. with their backs against the wall in an elimination game.

Rony Jerez is the Tech Ops Director for 89.5 FM WSOU, and can be reached at wsoutechops@gmail.com.