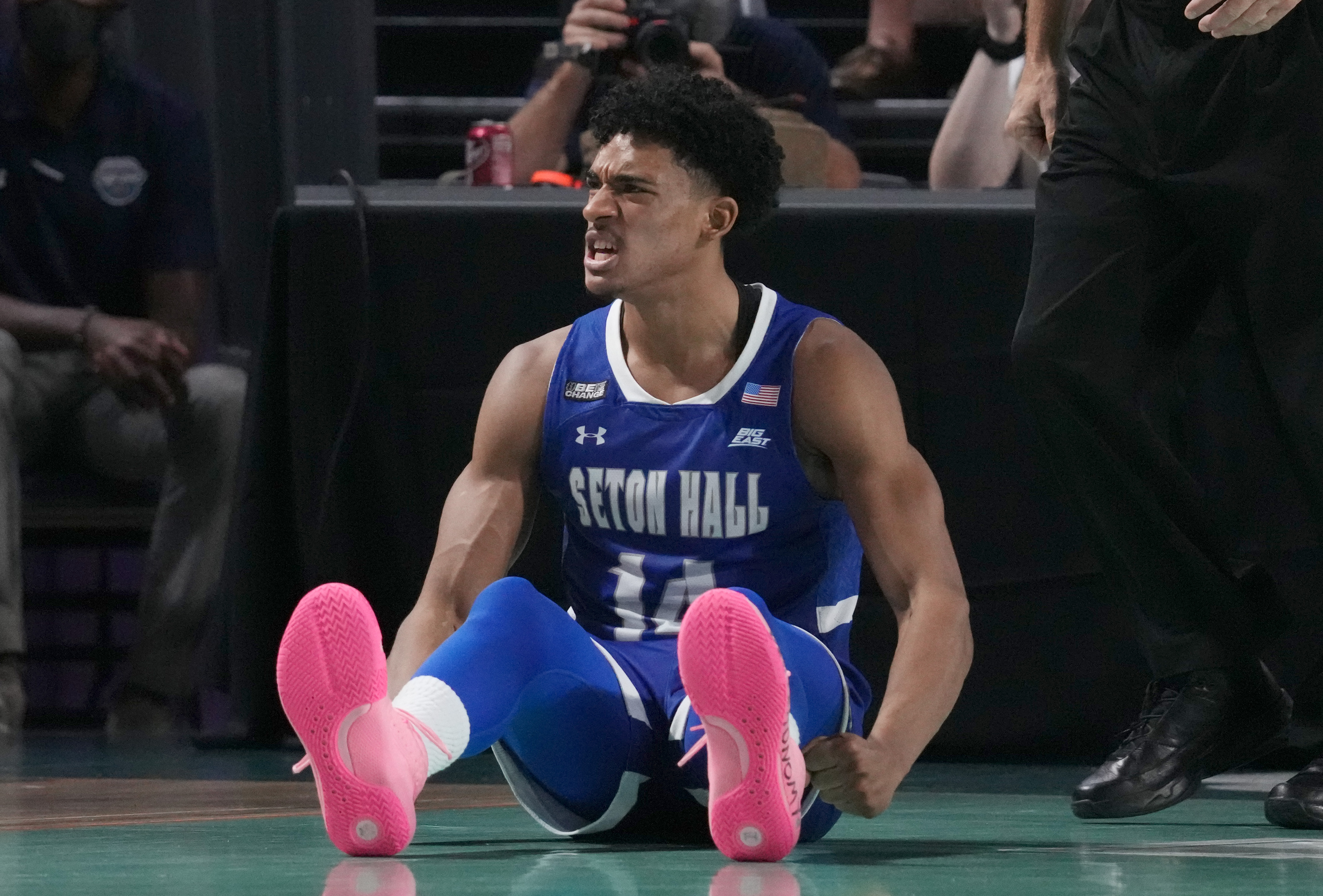 It was far from easy, but the Seton Hall men’s basketball team (4-1) escaped the Fort Myers Tip-Off with a much-needed victory over the California Golden Bears (2-4), 62-59 on Wednesday night.

The Thanksgiving Eve matchup was arguably the poorest offensive showing from the Pirates so far this season, but after some adjustments in the second half, the offense slowly started to come alive and was just enough to take down a gritty California squad.

The numbers did not lie in the first half, as the Pirates shot 26.9% from the field and 10% from three while allowing the Golden Bears to shoot 45.8% from the floor. Free throws were a saving grace for Seton Hall, and if it were not for a season-high 30 attempts by the final buzzer (converted on 24), this game could have had a much different outcome.

In back-to-back games, Jared Rhoden led the way in the scoring column, as the senior secured 21 points (12/15 from the free throw line), seven rebounds, and three steals. His shot percentage from the field (4/13) was not as efficient as his career-high 29-point Ohio State showing from earlier in the week, but the forward made some big-time baskets from the line to give the Pirates an extra push.

The @SetonHallMBB senior has some speed on him too! pic.twitter.com/P41oE3Ha6I

However, the biggest positive of the night came from the first breakout performance of the year for Kadary Richmond, as the sophomore finished with 12 points (4/7 from the field), three rebounds, two steals, and a block.

The point guard came off the bench for the first time all season after head coach Kevin Willard elected to put Bryce Aiken and Jahari Long in the starting lineup, and this wake-up call allowed Richmond to step up and show major improvements on the offensive side of the ball and even his overall confidence on the floor. The former Syracuse guard looked like a completely different player.

Other key contributions for Seton Hall came from the starting frontcourt of Tyrese Samuel (first start) and Alexis Yetna, who each tallied 10 points and combined for nine total rebounds.

Aiken also scored seven points, three rebounds, and two assists, including one of the most important three-pointers made all night in the latter stages of the second half.

On the Golden Bears’ side, Andre Kelly was unstoppable and caused a lot of problems for the Pirates defensively, as the senior scored a game-high 23 points on 7/8 from the field and 9/9 from the line along with 11 rebounds.

The other top California performer was forward Grant Anticevich, who finished with 15 points and seven rebounds, but scored 13 of them (2/3 from three) in the second half, where he became practically unguardable from the perimeter.

After the Ohio State thriller from a few days ago, this was a game the Pirates needed, but in terms of the eye test, the team has some work to do on offense. Many possessions were filled with one-on-one isolations from many of Seton Hall’s stars and expect some changes to be made in the upcoming tune-up games to add more movement to the offensive gameplan.

This is a team with too much talent to not be one of the most efficient teams in the Big East offensively, and by the start of conference play at the end of December, the Pirates will be even more polished once the collection of newcomers and veterans fully mesh on both sides of the ball.

The absence of Myles Cale was certainly felt in the difficult victory but expect the fifth-year guard to return in the next few weeks once the non-conference schedule turns into difficult Big 12 and Big Ten games against Texas and Rutgers.

Here are all of the highlights you need from tonight's dub 🎥#HALLin 🔵⚪️ | @FS1 pic.twitter.com/iL8bq1EmRj

Next up on the season slate for Seton Hall is a Sunday matinee clash at home against Bethune-Cookman in the first game at Prudential Center in two weeks. Be sure to tune into 89.5 FM WSOU to hear Jimmy Bliss and Angelique McKenzie on the call!