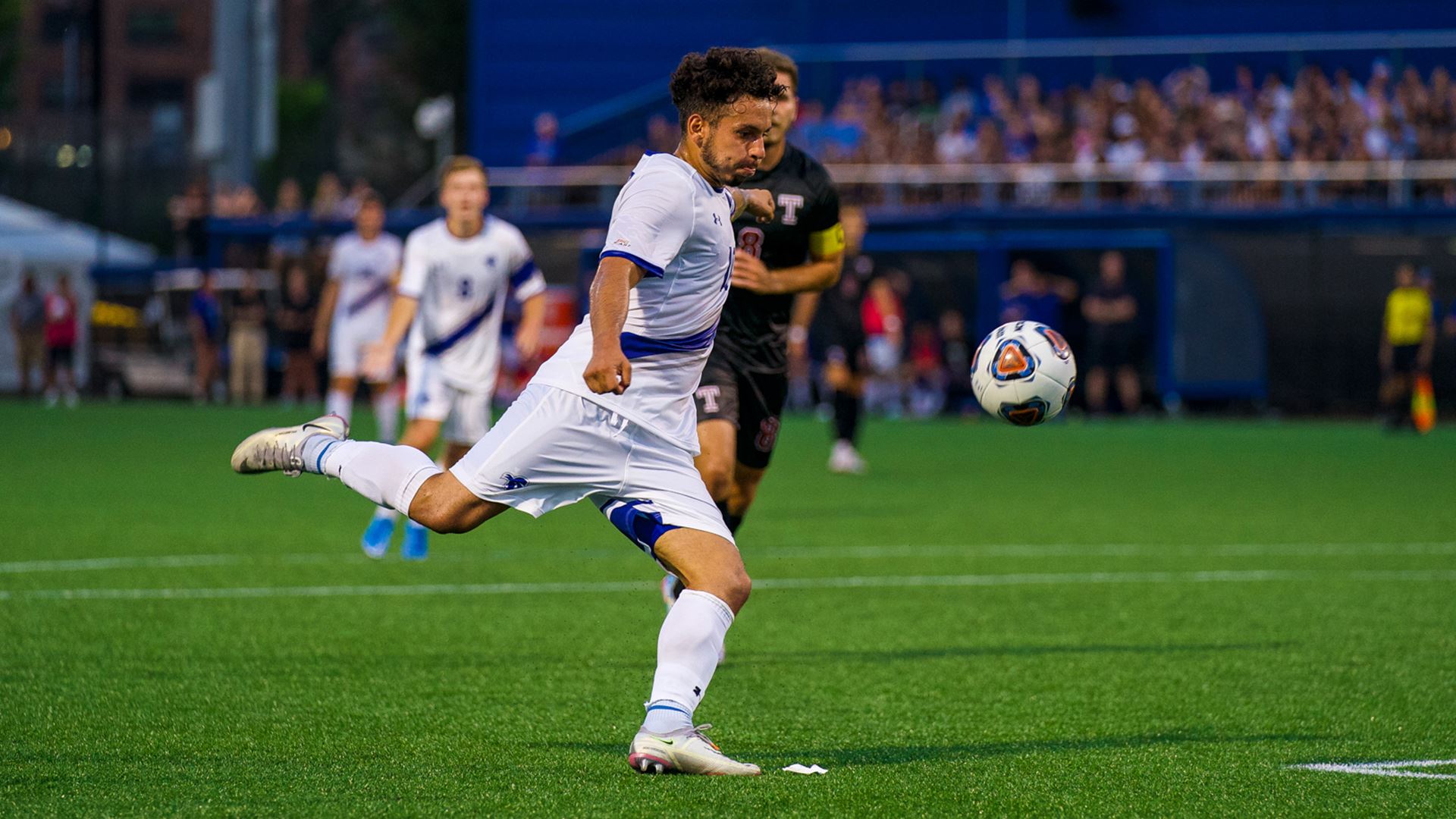 On a night filled that was filled with Seton Hall men’s soccer history and saw members of the 1991 Big East champion squad make their return during a pregame ceremony, the Providence Friars (4-1-1) played spoiler and took down the No. 19 Pirates (4-1-2), 3-2. This game snapped Seton Hall’s 682-day unbeaten streak at home, which was a feat that had carried over through the team’s successful 2020 season.

From the beginning, the Friars set the tempo offensively, pushing the Pirates back into their defensive half of the field and peppered junior Hannes Ronnholmen with shots, who made his 2021 season debut in net after Andreas Nota missed the contest due to injury. By the end, the Friars would outshoot the Pirates (15-12), with seven on net to Seton Hall’s five.

The Pirates had more corner opportunities (6-5) and made one more save than the Friars (4-3), but a late surge from Providence proved costly and gave Seton Hall their first loss since the Elite Eight of the NCAA Tournament against the Indiana Hoosiers last May.

Providence’s stingy defense held the second-best offense in the nation to only two goals on the night, with the first occurring in the 27th minute after a left-footed blast from JP Marin (assisted by Camil Koreichi) gave the Pirates an early 1-0 advantage. Despite holding this lead going into the intermission, the Friars outshot the Pirates 7-3, so it was only a matter of time before their luck began to turn around.

Another look at JP’s beautiful strike that has us up one going into the second half!#HALLin 🔵⚪️ #BEfutbol pic.twitter.com/jlx3B5os93

In the 59th minute, Davis Smith scored the first goal of the night for the Friars, which began to give the team more momentum heading into the final 30 minutes of action. 12 minutes later in the 71st, Mattias Almeida Sundell scored his first goal of the season off a perfectly placed header to put the Pirates back on top, 2-1. Denis Kelmendi and Raz Amir were credited for the assists during the best sequence of the night for the team.

Almeida Sundell comes on and puts the Pirates ahead with his first tally of the year!!!

However, the last 20 minutes of the game belonged to Providence, as Brendan McSorley tied up the game at two in the 81st, and Paulo Lima finished it off with a goal of his own in the 84th to complete the upset. Lima’s goal came off an attempted bicycle kick from his teammate that Ronnholmen deflected and landed on the foot of Lima to seal the victory.

Providence’s Brendan McSorley ties up the game at 2-2 🔵⚪️

Compared to the defense powerhouse this team became during their Big East title and NCAA Tournament runs, the offense has been exceptional this season but were limited against a gritty Friars team that capitalized off Seton Hall’s struggling defense.

Two goals in the final 10 minutes for a top-20 upset... yea, it's Opening Night in #BEfutbol! @PCFriarsMSoccer x #BEfutbol pic.twitter.com/Xlr2DFynko

Last night was a wake-up call for the Pirates heading into the rest of conference play over the next few weeks, and because this was their first taste of real adversity since their legendary postseason campaign, they will be locked in and use this game as a learning experience. If the offense continues to stagnate in future games, look for the defense to continue to improve as the season progresses and return to their 2020 glory.

Next up on the slate is a Friday night clash with the Marquette Golden Eagles on Sept. 24. After taking care of business of this Big East rival last Big East Tournament by a score of 4-1, Marquette will be looking for revenge and to become the second team to dethrone the Pirates this season.

This game is a must-watch and look for Seton Hall to come back stronger than ever at Owen T. Carroll Field.