Preview: No. 6 Seton Hall plays No. 3 Indiana in the Elite Eight 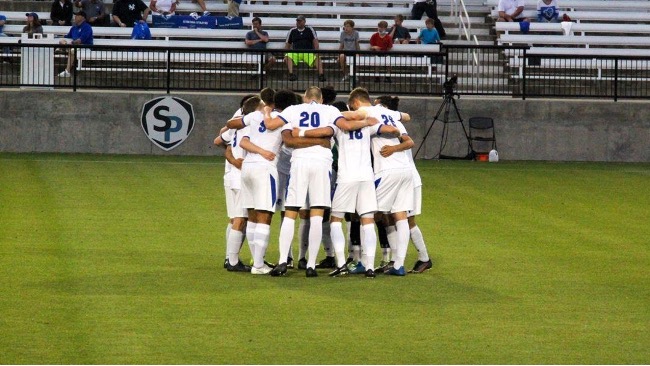 1988. This is the last time the men’s soccer team made the NCAA Tournament Quarterfinals. The legendary squad lost to none other than the Hoosiers back on Nov. 27, 1988 by a score of 3-1. Indiana would later win the national title after this matchup, adding to their program’s storied history. Over three decades later, the two teams will meet once again, this time under much different circumstances.

The Pirates have had nothing short of a season of destiny this year, with an unbelievable 10-1-4 record (5-1-2 conference) and are the reigning Big East tournament champions for the first time since 1991. The roster is loaded across the board with big time offensive talent, rock solid defense, and an elite goalie in net that have provided the program with great success and memories during an unpredictable first season during the COVID-19 pandemic.

To get to this stage, the Pirates played in one of the most exciting games in program history in a Sweet 16 clash with the Virginia Tech Hokies, winning in PKs, 7-6 (2-2 after regulation), last Thursday night. Andreas Nota, the backbone of Coach Andreas Lindberg’s squad and a member of the All-Big East second team, delivered one of the most clutch plays you will ever see not only in soccer, but in collegiate sports.

After stopping his second of two saves in the shootout and with the season on the line, the Italian netminder took matters into his own hands and delivered the game winner off his own foot to put Seton Hall back into the Elite Eight. 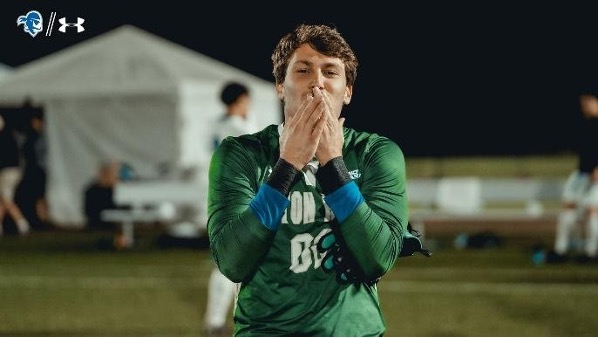 Before Nota’s defining moment, the game was a nail-biter from start to finish, as the Hokies jumped out to a 1-0 lead for the majority of the first half. Maurice Williams converted on his fourth goal of the year off a James Boote free kick (ninth assist) with 26 seconds remaining to knot the score at one apiece going into the intermission. Although Williams secured a halftime tie, the Pirates spent most of the period on the offensive end, outshooting Virginia Tech 13-1 before the late score.

In the 55th minute of the second half, Nick Blacklock of Virginia Tech scored his second goal of the day to once again put the Hokies back on top, 2-1. The Pirates would respond in the 81st minute, with Andrea Borg tallying his first goal of the year to tie the game at two before heading to extra time. Neither team could convert in the two overtime periods, which then led to the intense penalty shootout victory for Seton Hall. The last time the Pirates won in PKs in the NCAA Tournament was against Adelphi exactly three decades earlier in 1991.

While the Pirates have defeated some of the best teams in the nation, including the defending national and conference champions, Georgetown Hoyas, their biggest test of the season will come against the No. 2 ranked (and third overall seed) Indiana Hoosiers, who are coming off a 2-1 comeback victory over fellow Big East rival, Marquette. The Golden Eagles were able to put through a rare goal against the stingy Hoosiers in the 44th minute, but Indiana was able to tally two goals in the 71st and 80th minutes respectively to advance to their 28th NCAA Quarterfinal appearance.

This Indiana team (10-1-2, 7-1-0 conference) is among the top three in the nation, as shown by their unbelievable statistics not only as of late, but in past successes. The Hoosiers have won their past nine matches in a row, the most NCAA tournament victories (93), hold eight NCAA titles to their name, and are trying to clinch their 21st overall College Cup appearance, which is more than any other program in the country.

So how will the Pirates try and dethrone a proven NCAA tournament veteran whose accolades are among the best in NCAA college soccer history?

Similar to how Seton Hall was able to upset Georgetown, a major key to the matchup will be limiting their opponent’s most dangerous offensive weapon. For the Hoyas, it was Dante Polvara, who led the roster in points (18), goals (8), and shots (33) on the year. On the Hoosiers’ side, their catalyst on the offensive end of the pitch is sophomore Victor Bezerra (Big Ten Offensive Player of the Year), who has scored an absurd 12 goals and 28 points overall.

If the Pirates’ stellar defense core is able to take Bezerra out of the game just like they accomplished (for the most part) with Polvara, they will be in a much better spot to secure the difficult victory. As seen throughout the regular season and NCAA Tournament thus far, clutch goal scoring should not be an issue for Coach Lindberg’s roster, as many players have stepped up when the lights have shined the brightest.

Junior CJ Tibbling has been the most dominant scoring option for the Pirates, now up to a team high seven goals and 17 points in 15 games played. Sophomore JP Marin is second on the squad in points (11) and also has collected three goals and five assists. The offensive duo of Williams and Boote each are tied for third with nine points, and freshman Mattias Sundell is ranked fourth with six points. Many of these Pirate phenoms and more collected conference awards at the regular season’s conclusion, with Tibbling and junior Luca Dahn earning spots on the All-Big East first team, and Marin and sophomore Johannes Pex on the All-Big East third squad.

Another striking parallel from the Big East title match against Georgetown is a featured goalkeeper duel, with Nota matching up against sophomore Roman Celentano, who took home the Big Ten Goalkeeper of the Year award this season. The Indiana goalie has only allowed five goals the entire year, which will make the Pirates’ offense in for another challenge in their most important game arguably in decades. It will be a chess match between Nota and Celentano, and whichever team is able to strike first will be another key to victory. 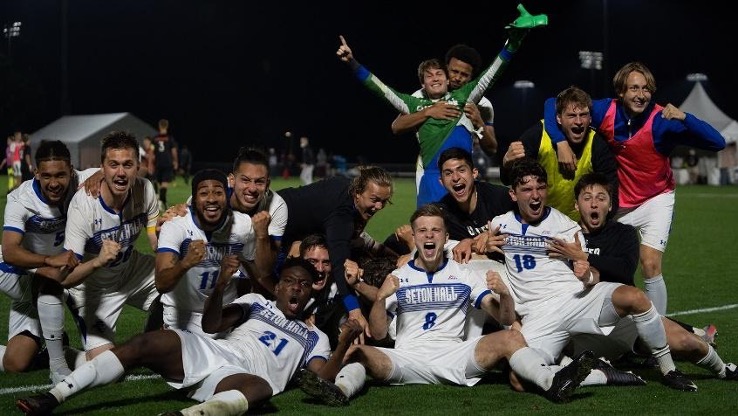 Will Seton Hall take down another storied program, avenge their 1988 loss, and advance to their first College Cup appearance ever? Will the Hoosiers beat the Pirates in the exact same game more than three decades before and continue their winning ways?

For all gameday coverage, make sure to tune in to WSOU 89.5 FM, as Michael Daly and Ryan Johnston will be on the call for the historic match! Kickoff is set for 5:00 p.m. at WakeMed Soccer Park Field 4 in Cary, N.C.