By Brendan the Barbarian

I typically take it upon myself, as the host of Storming the Ramparts, to review music which would be played on the show.  Manegarm is no exception to this policy.  Manegarm’s self titled album showcases what, if you are a fan, you have come to expect from the Swedish metal band.  If not, then this is a good place for you to start. As always I attempt to describe to our listeners the feeling that the album I am reviewing instilled in me. That feeling was walking through great stone runes with giant Viking statues posted at either side of a giant doorway. Another way of describing the album, let alone the band itself, is if Amon Amarth and Korpliklaani fused together. In other words, very heavy segments complimented by very folksy parts.  Transiting from growl vocals to folk singing with violins. 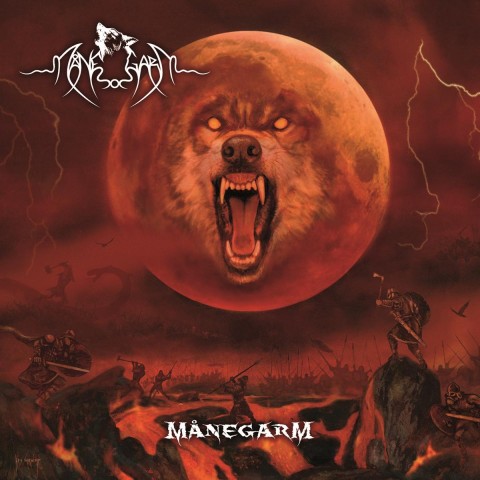 A few songs in particular stuck out to me; one song in particular was Call of the runes. This song harmoniously blends heavy and folksy sounds into a beautiful hybrid. This song also delves very heavily into Norse mythology. This is always a major bonus for me in particular. Blot was another song in particular that captured my attention.  Blot is a more acoustic composition which, contrary to what you mite expect, is a welcome addition to this album.  Manegarm expertly balances heavy black metal themes with story telling folk elements.