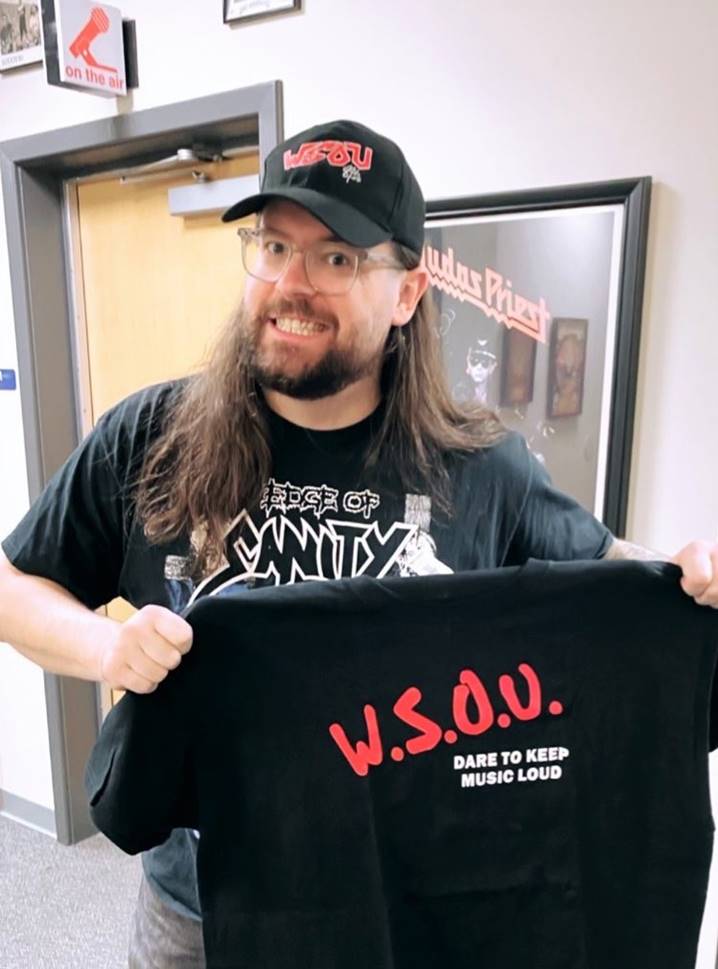 Trevor Strnad, lead vocalist for the heavy metal band The Black Dahlia Murder, shows his reaction to receiving a station T-shirt while visiting Seton Hall’s WSOU-FM. One of the band’s original members, Strnad was at WSOU to participate in a “DJ Takeover.” (Credit: Faith Kessler)

The Black Dahlia Murder’s lead vocalist Trevor Strnad dropped by Seton Hall University’s WSOU 89.5 FM on Feb. 24 to participate in an “DJ Takeover” of the iconic heavy metal radio station’s airwaves. During his 90 minutes on the air, Strnad played some of his favorite songs by other artists, shared insights about the band’s creative process, and told stories about life on the road and in the recording studio. Strnad also discussed The Black Dahlia Murder’s latest single, “Verminous,” and the group’s new album, which will be released on April 17. Joining Strnad on the air was WSOU DJ Val Petrarca and music director Nick Polis.

“Having one of heavy metal’s most unique and powerful vocalists in our studios was a real treat for our listeners,” said station music director Nick Polis. “Hearing Trevor’s perspectives on heavy metal music was amazing and The Black Dahlia Murder’s forthcoming album will thrill their fans.” 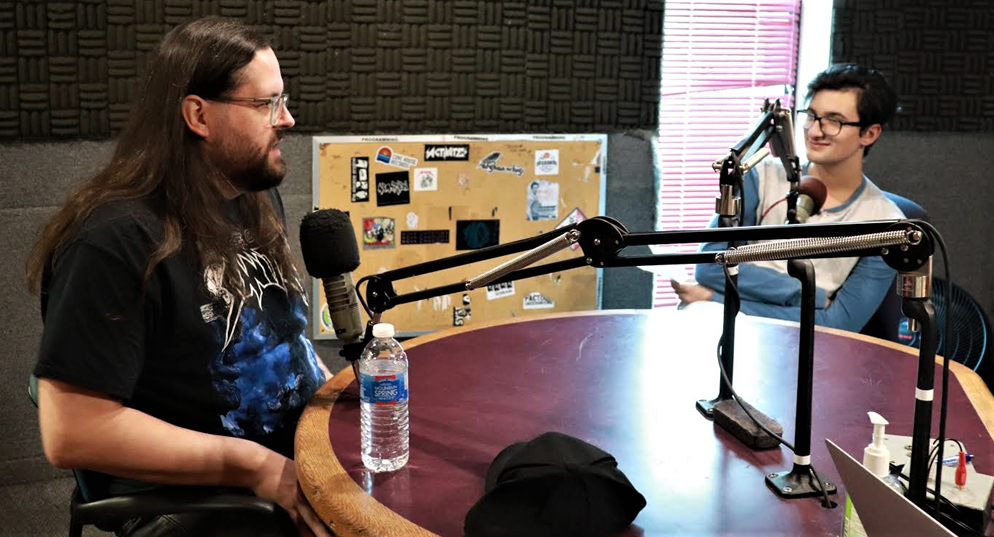 After being on the air, Strnard spent time eating pizza and swapping stories with WSOU listeners who earned the opportunity to have a meet and greet with the artist. More information about The Black Dahlia Murder can be found at www.tbdmofficial.com. 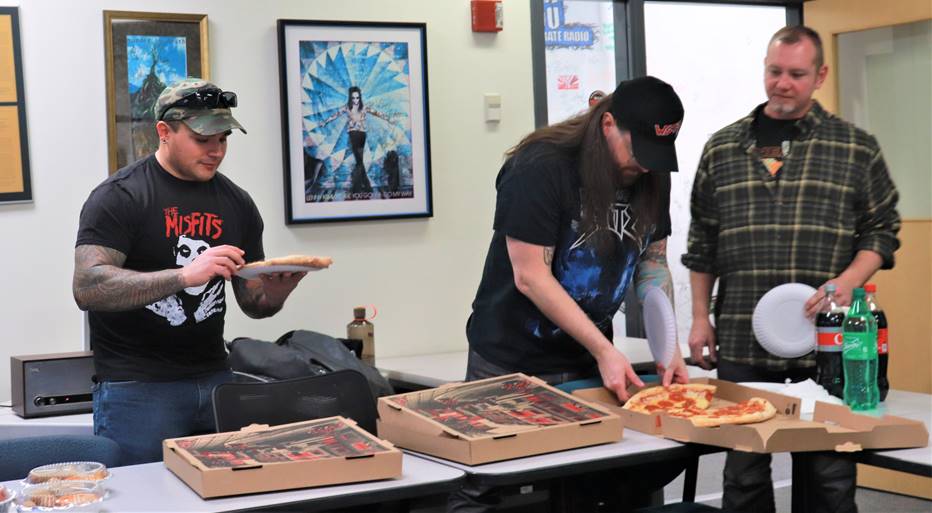 Trevor Strnad (center) digs into pizza along with some WSOU listeners during a meet and greet following his appearance on air at the station. (Credit: Faith Kessler)