For the longest time, silence was all that was heard from the A Day to Remember camp and the world was patiently waiting for ADTR to reveal some sort of sign that they had new material ready for fans to lose their minds over. It has been three years since their 2013 release “Common Courtesy” and the wait is finally over for the follow up. The band’s sixth album takes the band to a new level of heaviness while still holding close to their roots of catchy hardcore/pop punk that created the subgenre of easycore. 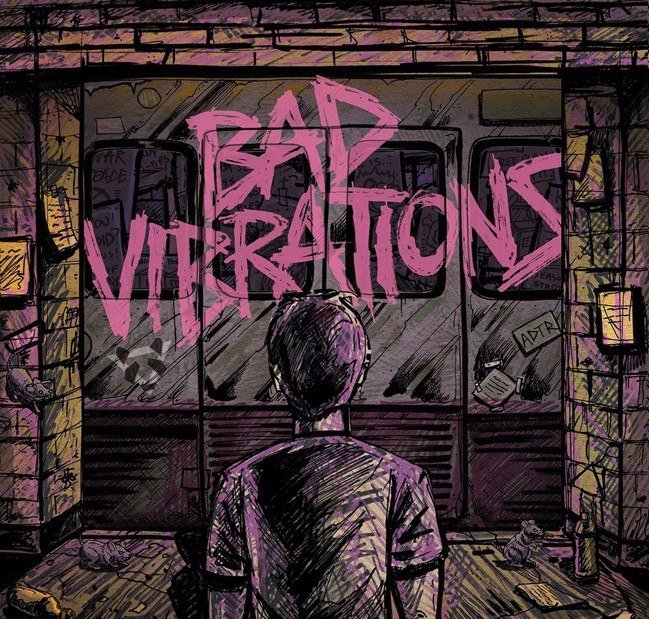 The writing and recording process was different than albums past. This was the first time that all members of the band had a part in recording since 2007’s “For Those Who Have Heart.” The band wrote this album in a relaxed state with having fun in mind during the process. Because of this, the album feels very organic and sincere.

Right from the start, “Bad Vibrations” opens with two punches to the face with the two lead singles, the title track and “Paranoia,” which set the tone for what is to come for the next 41 minutes. These two tracks are some of the best songs in the entire ADTR library and that’s really saying something considering their memorable catalogue. The two songs have some of the heaviest breakdowns and catchiest choruses the band has written. Vocalist Jeremy McKinnon’s brutal delivery on these tracks make him sound like he is on the edge of losing it on all of those people who said they’d never make it. “Paranoia” has already proven to be a crowd favorite live and it is extremely fitting since it has a huge arena ready chorus. One of the many tracks that will get the crowd amped. “Reassemble” opens with a huge echo filled intro of McKinnon repeatedly chants the chorus while the instruments build before breaking into a heavy riff. Some of the brutalist breakdowns on the record come on “Exposed” which is definitely a standout track.

What causes ADTR to stick out is their combination of this heavy hardcore/metal edge with their “la la la” softer pop punk that has helped the band crossover and keep themselves from getting pigeonholed. The album is almost perfectly split in half, the first half being heavy and the second half being a little more geared toward the mellower ADTR sound. Whether this was intentional is not clear but it is definitely something interesting to point out. Tracks like “We Got This,” “Same About You,” “Turn Off the Radio,” and “Naivety” show off the band doesn’t always have to scream and play chugs to write a good song. These songs sound like typical ADTR which fans will be happy that they didn’t sell out or forget where they came from. “Naivety” just screams for people to two step during the verses while also delivering a feel good chorus. McKinnon tries a bit of a higher range on “Turn Off the Radio” which adds something different to the song along with his signature vocals. Of course they somehow were able to squeeze a ballad on the end of the record with the track “Forgive and Forget” but whether or not it was necessary is up in the air on whether you like that sort of thing.

The wait was definitely worth this great collection of music the ADTR boys have put together. It’s the perfect blend of heavy and soft, new and old. They show no signs of slowing down and with songs like this they have no reason to. Job well done McKinnon and Co.