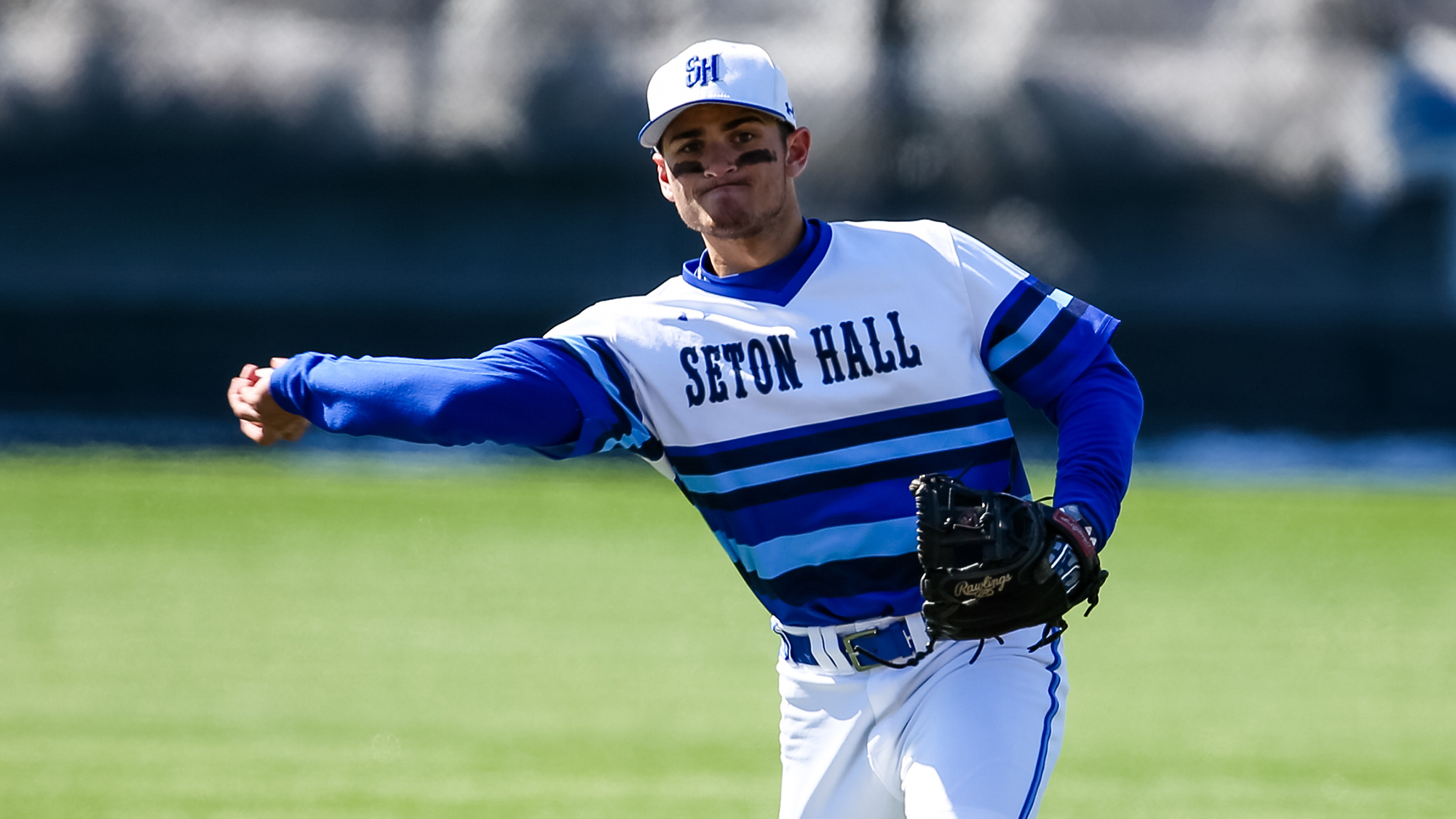 The Pirates approached their last regular season series with a 16-7 Big East record and ranked second in the conference with rivaled UConn hot on their trail at number three. While the Pirates and Huskies last matchup was in March of 2017, they could be having another run in as both teams are set to play in the Big East tournament next week. Holding multiple conference and Big East titles in stolen bases this year, the Pirates hoped to utilize their talents to get as many runners in scoring position as possible.

A solo homerun off the bat of UConn’s Reggie Crawford put the Huskies out on top early in their first matchup of the series, followed by some silence in the next two innings from both teams. Sophomore Ryan McLinskey delivered four strikeouts in the first four innings before an explosive offensive performance by both the Huskies and the Pirates. Both Connor Hood and Tyler Shedler-McAvoy were able to get into great scoring position for Steve Grober’s RBI and a triple by Will Gale to send them both home and put the Pirates on the board.

E2 | UConn takes a 1-0 lead on a solo HR but McLinskey gets his first K of the night to end the inning.

Grober will lead off for The Hall in the third. #HALLin

Like clockwork, the Huskies responded with electric back-to-back home runs in the bottom of the fifth, their third-round trip so far, continuing with the tug of war for the lead. The Pirates did not let this dominance go unanswered as a Casey Dana left field homer, his seventh of the season, brought in Jonathan Luders to take back the lead momentarily.

With Seton Hall’s Nick Payero on the mound, the Huskies largely controlled the fate of the game during the bottom of the sixth as they tacked on three more runs thanks to two more homers by Pat Winkel and Chris Brown. The Pirates were unable to capitalize for the rest of the game after giving up eleven UConn runs. Though defensively the Pirates and the Huskies were neck and neck, with a 62.9 and 63.5 strike percentage respectively, the Huskies came out on top as the true offensive powerhouse, nearly doubling the Pirates’ .206 batting average for the game.

The Huskies wasted no time getting on the board in their second game of the series with a bottom of the first grand slam from Pat Winkle, setting an electric pace from the start of the game. Though Seton Hall remained in a scoring drought through the fifth inning, they managed to contain the Huskie offense as best as they could, giving up an RBI double in the second and another home run in the third by Winkle. The Pirates struggled to get on base through the fifth inning as the Huskie defense proved to be on top of their game. An explosive fourth and fifth inning gave the Huskies a 15-run edge over the Pirates before an RBI by Dana drove in Jace Baqui for their first and last run of the day. The Huskies took game two with a 15-1 win over the Pirates, with UConn pitcher Ben Casparius delivering seven strikeouts and allowing only four hits.

The Pirates defense had a quick turnaround for their third game of the series and were able to hold out through the bottom of the third inning. Another homerun by UConn’s Christian Fedko kicked off their scoring streak in the bottom of the third alongside a round of three singles that brought another three Huskies home. A quick response by Hood drove Matt Toke around the bases in the top of the fourth, tacking on the Pirate’s first run of the game and kicking off a well needed scoring streak.

T4 | The Pirates are in business!

Back-to-back singles by Dana and Toke, Connor drives in Casey on an RBI double! No one out.#HALLin pic.twitter.com/GygdrDUeIB

Two more RBIs put the Pirates in striking distance of the Huskies, trailing by only one moving into the end of the inning. However, this burst of energy lasted for a short while; in another blink of the eye UConn added another eight runs onto their running total by the bottom of the sixth with the Crawford’s second homerun of the series. In a late game attempt to create some production, junior Justin Scotto hammered home his second home run of the season closing out their 4-12 loss to the Huskies and dropping the Pirates to 16-10 in the Big East.

The Pirates kicked off their last game of the series on a high note, after Toke’s RBI double to left center plated Devin Hack all the way from first. A wild pitch by Pirate Tyler Burnham allowed the Huskies to earn their first run of the game in the bottom of the second alongside a sac fly that gave them the lead. Two more unearned runs gave the Huskies a three-run edge over the Pirates by the bottom of the third, and a clean fourth inning by the Pirate defense, specifically pitcher Chris Shine, gave UConn no answers. After holding them off for another three innings, the Huskies struck back in the seventh and eighth innings and extended their lead to 10 with the help of two more homeruns.

While Gale and Luders were able to get on base in a late gain attempt to close the scoring gap, the UConn defense proved too successful as they delivered the Pirates their final regular season loss. Though this weekend did not go the way the Pirates had hoped, all they can do is turn the page on this series and gear up for the post season.

The #BIGEASTbase kicks off Thursday at @PrascoPark, and the regular season champion @UConnHuskies are the top seed! First round matchups:

Although the Pirates struggled at getting on base, capitalizing off of any of these opportunities to get into better scoring position can be the key in next weekend’s Big East tournament to plate as many players as possible. The Pirates currently stand at number three in the Big East with a 16-11 record as they travel to Mason next to compete for the Big East title, last winning it in 2011.