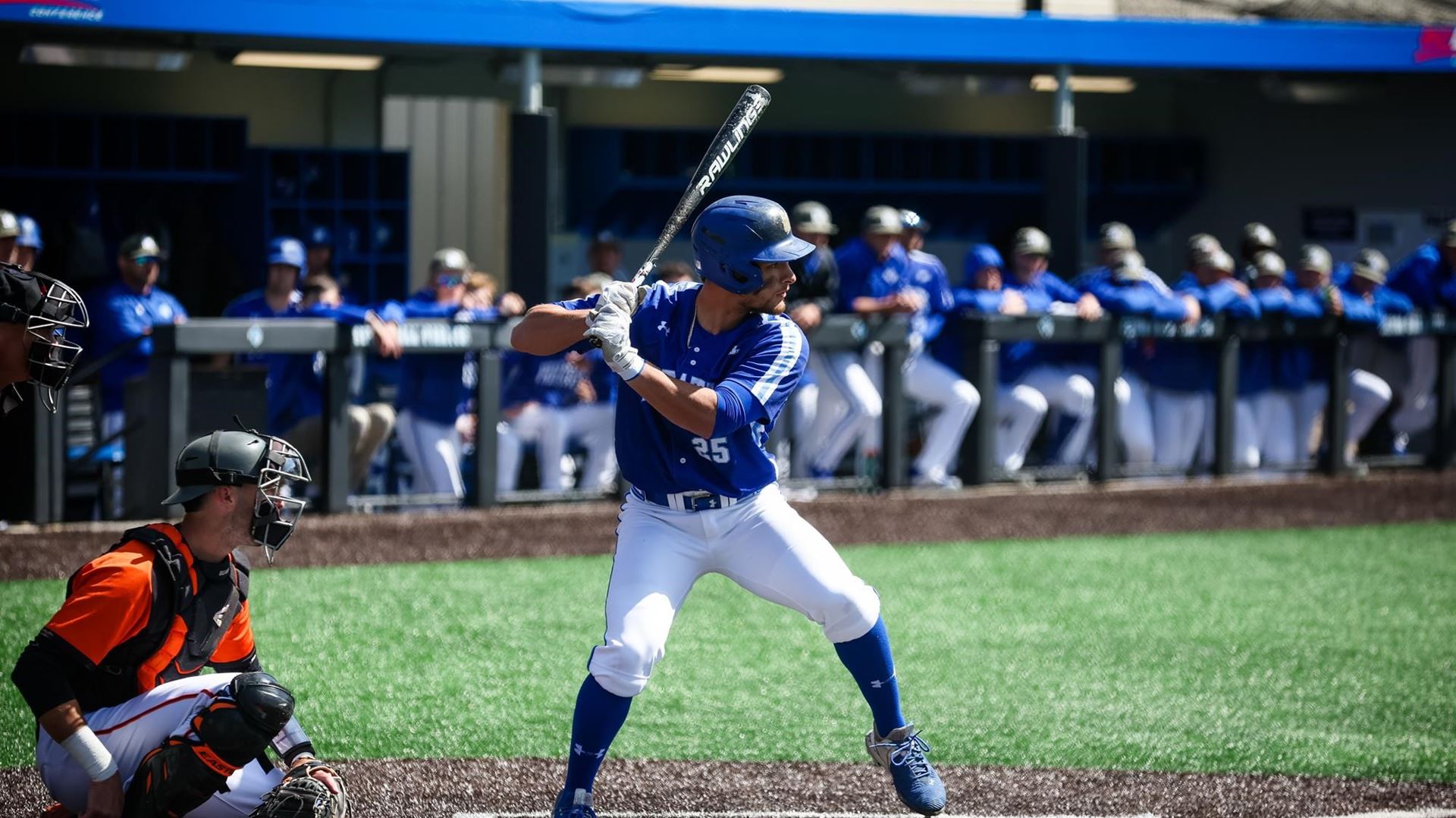 For their first Big East series of the season, the Seton Hall Softball Pirates (7-21) won the first of a three-game series against Xavier (15-16) in South Orange, N.J. by a score of 6-2. For the Pirates, the story of their season has been the struggle in nonconference play.

However, the Pirates may have possibly made the start at changing that narrative on Friday. The starters for today’s matchup were Seton Hall’s Hunter Waldis and Xavier’s Trevor Olsen. After leaving two men on in the first inning, the Pirates gave Waldis a healthy lead to start in the first.

Seton Hall continued the onslaught in the next inning with some extra base hits. Gale tripled and was brought home by Hack, who recorded a triple himself. As for Waldis, he responded to the top of the first inning jam with dominant three up, three down performance in the third, fourth, and fifth inning.

With a 4-0 lead, the Pirates kept pouring on in the bottom of the fifth. With two outs and McNelly on first by a single, Alex Clyde hit a two-run home run into left field to make it 6-0. Clyde's home run was his first of the season and third of his career.

After the first five innings being anything but fun, the Musketeers would finally crack the goose egg in top of the sixth. Jack Housinger singled and then Luke Franzoni hit a home run to dead center to make it 6-2. Xavier kept the threat of a comeback in the sixth alive with runners on second and third and one out.

This is why Manager Rob Sheppard went to relief with Christopher Shine from the bullpen. He responded with a swinging strikeout and a groundout to end any threat. It would be the only chance the Musketeers would get, as Shine and Zane Probst stifled the Xavier bats for 3 and 2/3 innings.

Zane finishes this one out

He fans two in the ninth and we open BIG EAST play with a W!!!#HALLin ⚪️ | #NeverLoseYourHustle pic.twitter.com/Jxd3fIbuY0

On Saturday, the Seton Hall baseball team lost 4-3 to the Musketeers, evening the series at one apiece. The two teams seemed evenly matched today, as the game got out to a rocket of a start.

Will Gale started off the contest with a single off Xavier’s Luke Flamm. Two walks followed as that loaded the bases in the first for the Pirates; however, the Pirates only came away with one run. Joe Cinella opened the game for the Pirates, as he had a solid first inning, but was shelved quickly, as Xavier would make solid contact early bringing in three runs in the top of the second.

In the bottom half of the second, Seton Hall got right back to work as a base hit from Alex Clyde would follow with a David Haberman double that would bring Clyde around to score. Jonathan Luders followed up with a sacrifice bunt, putting Haberman in scoring position.

Gale would bring Haberman home with another single up the middle tying the game at three. The game would stall from there as pitching efforts by both Michael Ciminiello and Jack Lynch would prevent both teams from scoring for the next five innings. However, Xavier would break that streak with a huge hit in the bottom of the eighth.

Tyler DeMartino knocked in the go-ahead run with a single to right, putting the Musketeers up 4-3.

We can't extend the game in the ninth. Rubber game coming up tomorrow at 12 PM at The Shep.#HALLin ⚪️

The score would remain the same throughout the remainder of the game as Lynch would shut the door on the Pirates, giving Xavier the win with a rubber match set for tomorrow at noon in South Orange, N.J.

On Sunday, the Seton Hall baseball team won their first Big East series of the year, as they took two out of three games against their rival Xavier Musketeers. The rubber match saw the Pirates winning 10-7 in a game filled with high-powered offense.

Xavier began the game with an 2-0 advantage, but Seton Hall was able to bounce back and tally five runs in the bottom of the first after a Steve Grober RBI single, Staus Pokrovsky RBI single, Jedier Hernandez sacrifice fly, and RBI hits from Oscar Murray and Mark McNelly.

The Musketeers clawed back throughout the middle innings, making it a 7-6 Xavier lead at one point, but Grober drove in Jonathan Luders after the third baseman threw an errant ball away from first base to tie it at seven. Pokrovsky then contributed an RBI single and McNelly secured two more runs to seal the deal at 10-7.

It was also an all-around pitching performance from Seton Hall, as Brennan O’Neill threw for three innings, picking up four strikeouts, and Alex Nicolosi struck out three in 1.2 innings of work. Daniel Frontera was given the win in relief and Zane Probst took home his first save of the season.

After a stellar few games, Luders earned a spot in the Big East Weekly Honor Roll, as he bat .615 during Seton Hall’s impressive 3-1 record last week.

The Pirates will next travel to West Long Branch, N.J. and visit the Monmouth Hawks on Tuesday, April 12 at 3 p.m.

Jackson Shank can be reached at jackson.shank@student.shu.edu.