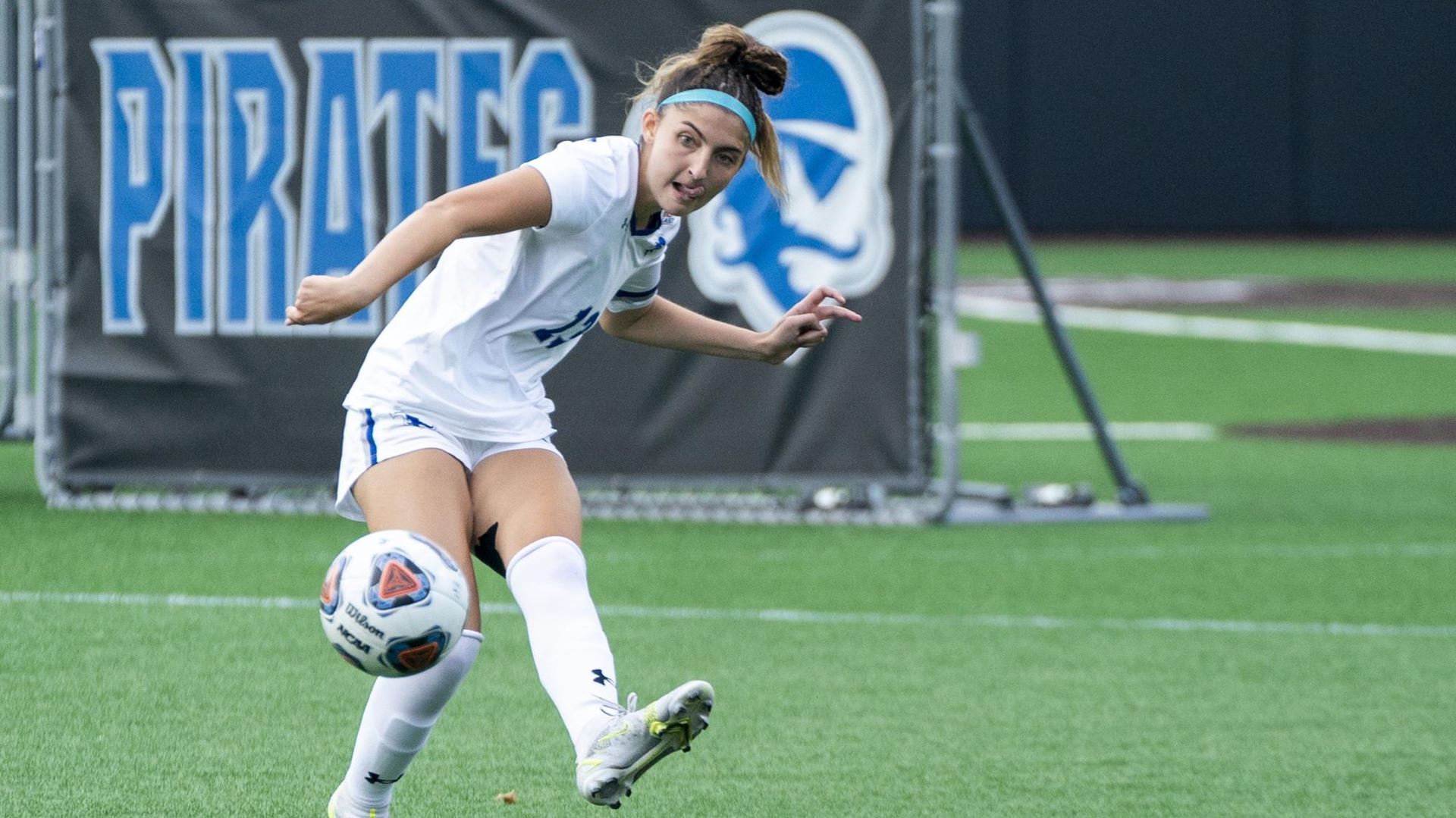 The Pirates took on the Iona Gaels tonight in a thriller at Owen T. Carroll Field in South Orange, N.J. The Pirates secured a decisive victory, winning by the score of 6-3.

The Pirates had a difficult start, giving up two goals to the Gaels within the first seven minutes but keeping it close by scoring a goal of their own in the first minute. The Pirates then went on to dominate, with goalie Grace Gordon only letting up one other goal for the rest of the night. The Gaels goals were scored by midfielder Emily Drake and forward Graceann Murphy.

The six Pirate goals on the night came courtesy of midfielder Cara Milne-Redhead, and Naomi Welch who each scored one. Other goals were scored in duos by midfielder Julia Aronov and Natalie Tavana. The Pirates totaled 23 shots to the Gaels eight, the only concern on the night was the foul trouble for the Pirates, as they racked up 10 on the night to the Gaels’ eight.

Julie gets a brace and the Pirates extend their lead to 6-3!#HALLin pic.twitter.com/BvRK5Zv53T

Most goals scored in a match since 2008! We're back at it on Sunday vs. Lehigh at 1 PM.#HALLin 🔵⚪ pic.twitter.com/GUT2eCtJ3U

This was a win that shows just how dominate the Pirates can be when it comes to competition outside of the Big East conference. With this victory, Seton Hall improves to 4-2 on the season while the Gaels drop to 2-3. Looking to the future, the Pirates look to improve again on Sunday as they host the Lehigh Mountain Hawks at 1 p.m. at Owen T. Carroll Field. Be ready Pirates fans, this team is on a tear and is showing no signs of slowing down.