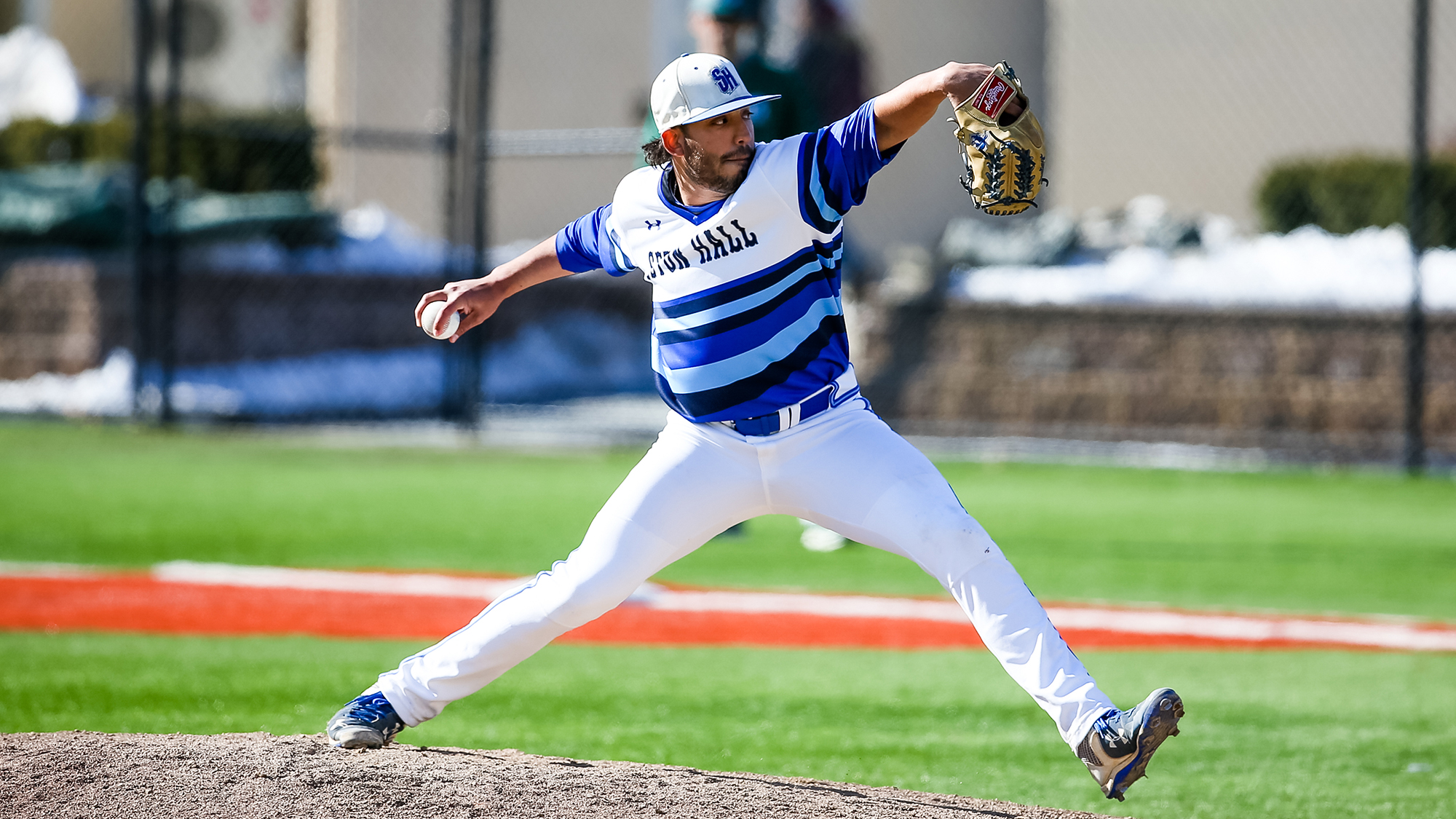 Seton Hall did not disappoint in its first home Big East series since 2018. The Pirates took three of four from Butler this weekend winning both games of the doubleheader on Friday and splitting with the Bulldogs in Saturday’s doubleheader.

Friday’s first contest was a low scoring affair with The Hall coming out on top 3-2. Senior Ryan McLinskey pitched a nice game for the Pirates earning the victory and almost going the distance in the shortened contest. McLinskey struck out five in 6.2 innings and only allowed one earned run. Casey Dana got the scoring started for the Pirates, tying up the game in the third inning with an RBI double down the left field line. In the following inning, freshman Zack Sylvester gave the Pirates a 2-1 lead on a base hit to centerfield. Butler would tie the game in the top of fifth, but Sylvester would once again come in clutch. This time it was an RBI single to left field sending home Dana, which proved to be the game-winning run.

The second matchup on Friday was much more offense friendly. The Pirates bats were on full display from the jump as they scored two runs in the first inning off a sac fly and a sac bunt. Seton Hall would extend their lead to 5-1 in the fourth inning courtesy of RBI singles from Sylvester, Will Gale and Jerry Huntzinger. Dana continued hit stellar Friday performance hitting a solo shot in the seventh for his third HR of the year and 20th of his career. Sophomore Devin Hack also added an RBI double in the eighth inning. Tyler Burnham started the game on the mound for the Pirates and got the win after five innings of work.

✅ We take our first BIG EAST series of the season, 3-1
✅ We've won four of our last six#HALLin ⚪ | #NeverLoseYourHustle pic.twitter.com/NNXyG7J9SA

Butler came out firing in Saturday’s opener. The Bulldogs jumped out to a 7-0 lead over the first three innings. Zach Orr, Andy Bennett and Aaron Steinhart all had RBIs for the Bulldogs. The Pirates also committed three errors during the game. Seton Hall would make things interesting however, starting their own comeback in the fifth inning. Jonathan Luders had an RBI single, Dana followed with an RBI double, and Matt Toke drove in two with a single in a four-run inning for the Pirates. It would be too little, too late as Butler pitcher Connor Schultz would settle down and throw a seven-inning complete game, earning the victory.

The fourth and final game of the weekend was a wild, back and forth ball game worth the price of admission. The Pirates capitalized off an error from Butler to score in the first inning followed by an RBI single from Matt Toke to put the Hall up 2-0. Justin Scotto homered for the Pirates in the fourth to put SHU up 4-0. Butler chipped away and would eventually tie the game after scoring two runs in the fifth, one in the sixth followed by a James Gargano HR in the seventh to tie the game at four. The Pirates would pull away in the bottom of the seventh and not look back. The MVP of the weekend, Dana, came up big again with a two-run double and an RBI single from Matt Toke made it 7-4 Seton Hall. Nick Payero got the win in relief for Seton Hall after pitching two innings.

Seton Hall improves to 10-13 on the season with a 3-1 Big East record. The Pirates hit the road this week for their Wednesday game at Wagner and then play at Villanova this weekend in a three-game conference series.