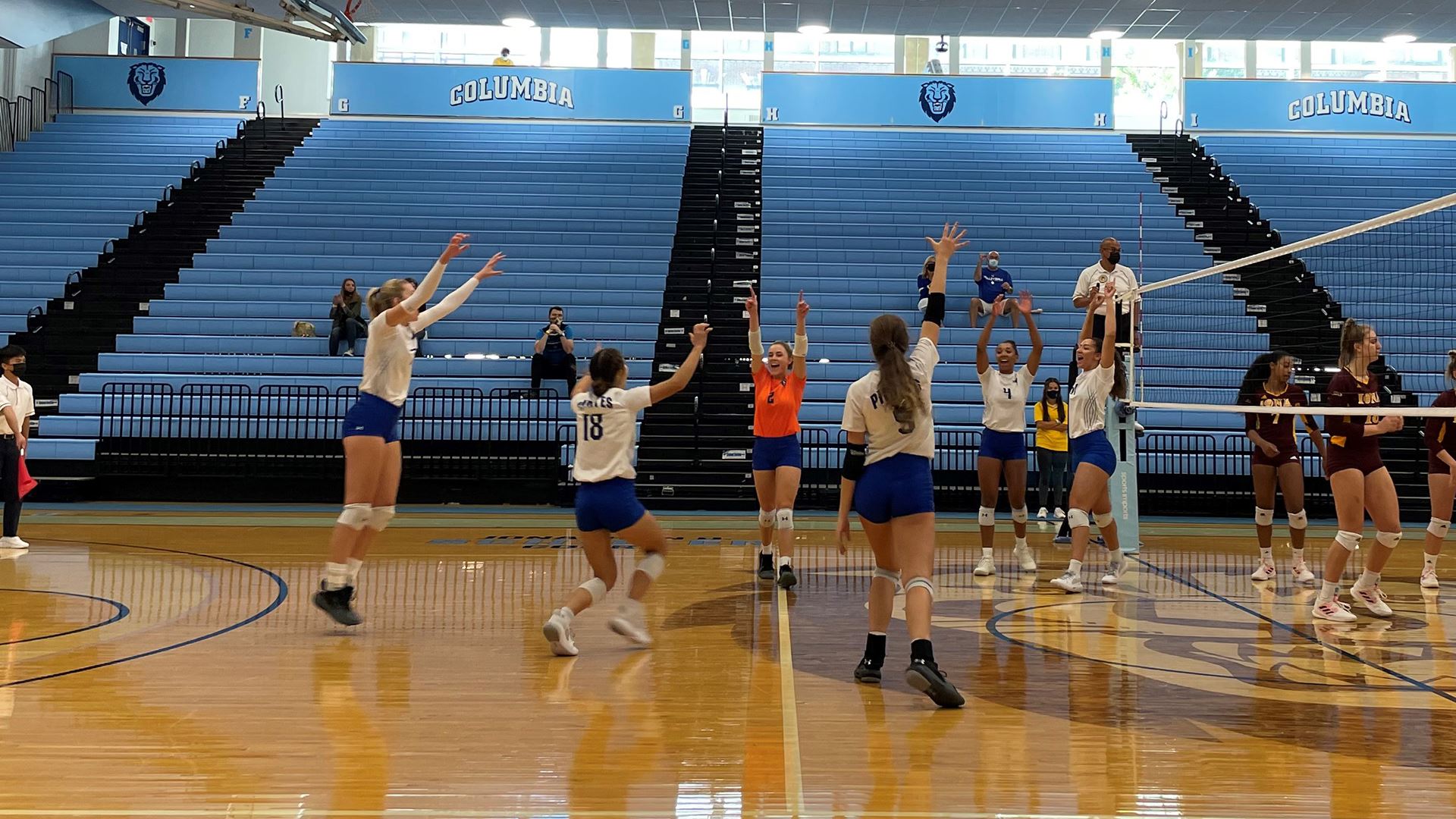 The Seton Hall Pirates volleyball team competed in the Big Apple tournament, an annual event hosted by Columbia University this weekend and secured victories in each of their three matches. Their record improves to 7-3, as the Pirates also extended their winning streak to seven straight.

The Pirates’ first match came on Friday afternoon against an Iona team that has only won one contest the entire season. The Pirates won all three sets. This is the Pirates’ 12th win in 12 matches against Iona, and their fifth consecutive sweep.

In the first set, the Pirates went on a 9-2 run to make the score 17-10, and didn’t look back after that, winning the set, 25-17. They took their positive momentum with them into the second set, where they scored the first nine points and led for the entire set, winning, 25-15. In the third set, an early 7-1 run gave them a 13-6 cushion, which was more than enough, as they led by four or more points to earn a 25-19 victory.

The Hall claims their fifth straight victory with a three-set sweep of Iona!

Sophomore Perri Lucas led the team offensively with 11 kills, trailed by junior Madeline Matheny, who had 10. Defensively, Anna Holland and Amanda Rachwal led them with 13 digs and five blocks, respectively.

Saturday’s action saw a doubleheader for the Pirates, with a morning match against Saint Francis College (Brooklyn) starting the day. Saint Francis came into the day with a 3-6 record.

The Pirates started off slow, and although they never trailed in the first set, Saint Francis kept it as close as one point when the Pirates led 20-19. However, four consecutive points and Lucas’s fifth kill of the set later, the Pirates were victorious, 25-21. Their momentum carried into the second set, as the Pirates won in a convincing 25-10 fashion, with Matheny leading the team with seven kills. The Pirates were unable to grab the sweep, as they lost the third set, 25-20. While they were as close as one point, at 21-20, they were unable to close out and Saint Francis got the last four points of the set. The Pirates did, however, close out the match in the fourth set, winning 25-15.

The Pirates started with an 11-2 lead, and while Saint Francis did their best to comeback, including an 8-2 mid-match run, it ultimately wasn’t enough, giving the Pirates yet another match victory. Matheny and Perri led with 16 and 14 kills respectively, both recording double-doubles in the process. Sophomore Taylor Jakubowski also had a double-double with 17 assists and 10 digs.

THAT'S SIX STRAIGHT!! The Hall downs St. Francis in four sets. Madeline Matheny with career-highs in both kills and digs!!

The weekend concluded Saturday evening when the Pirates took on the hosts, Columbia Lions, and defeated them in three sets. The Pirates started strong, with the lone deficit of the first set being when Columbia led 3-1. The Pirates proceeded to go on a 14-2 run, and ended up winning the set 25-17, with Lucas and Reagan Hopp leading with four kills each. The Pirates then went on to win the second set for the third match this weekend, 25-16. Lucas and freshman Jenna Walsh both had seven kills while Holland led them with 13 digs. The Pirates maintained the upper hand in the third set, winning by a final score of 25-18, with the only deficit being when Columbia was winning 2-0.

On the match, Walsh led the team with 11 kills, Holland led with 19 digs, sophomore setter Cagla Bengi led with 18 assists, and Rachwal led with six blocks.

The Pirates look to maintain their winning ways next weekend, when they head to Jacksonville to face FIU, Middle Tennessee State, and North Florida in the UNF Invitational, before stopping at NJIT in the final non-conference match of the season.