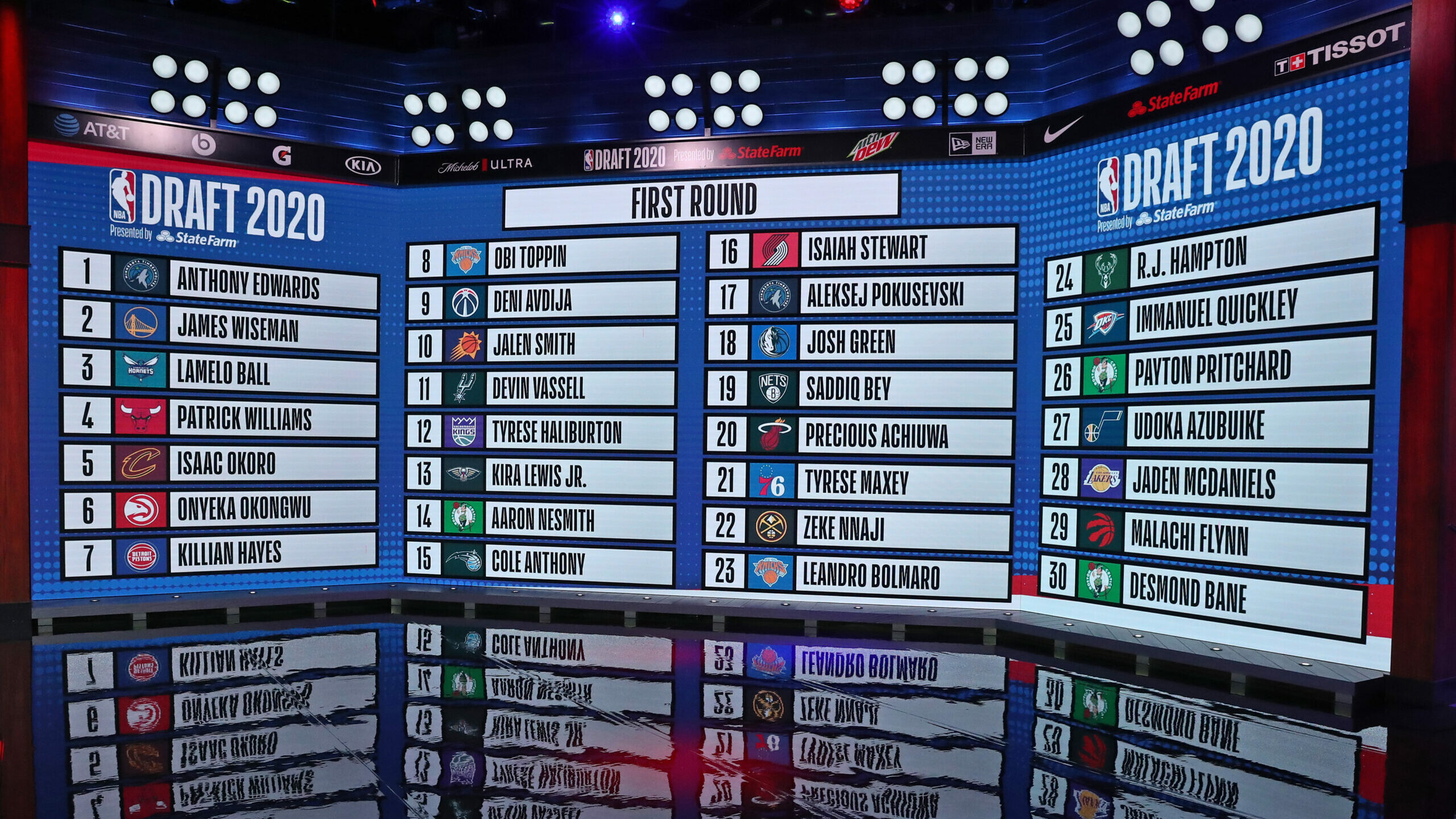 The 2020 NBA Draft took place this past Wednesday and while no draftees walked across the stage and greeted commissioner Adam Silver, some organizations walked away as big winners.

This year’s NBA Draft was held virtually at ESPN’s studios in Bristol, Conn. And while many NBA media pundits labeled this year’s class as lackluster, numerous teams presumably struck gold. Here are three teams who won on draft night. 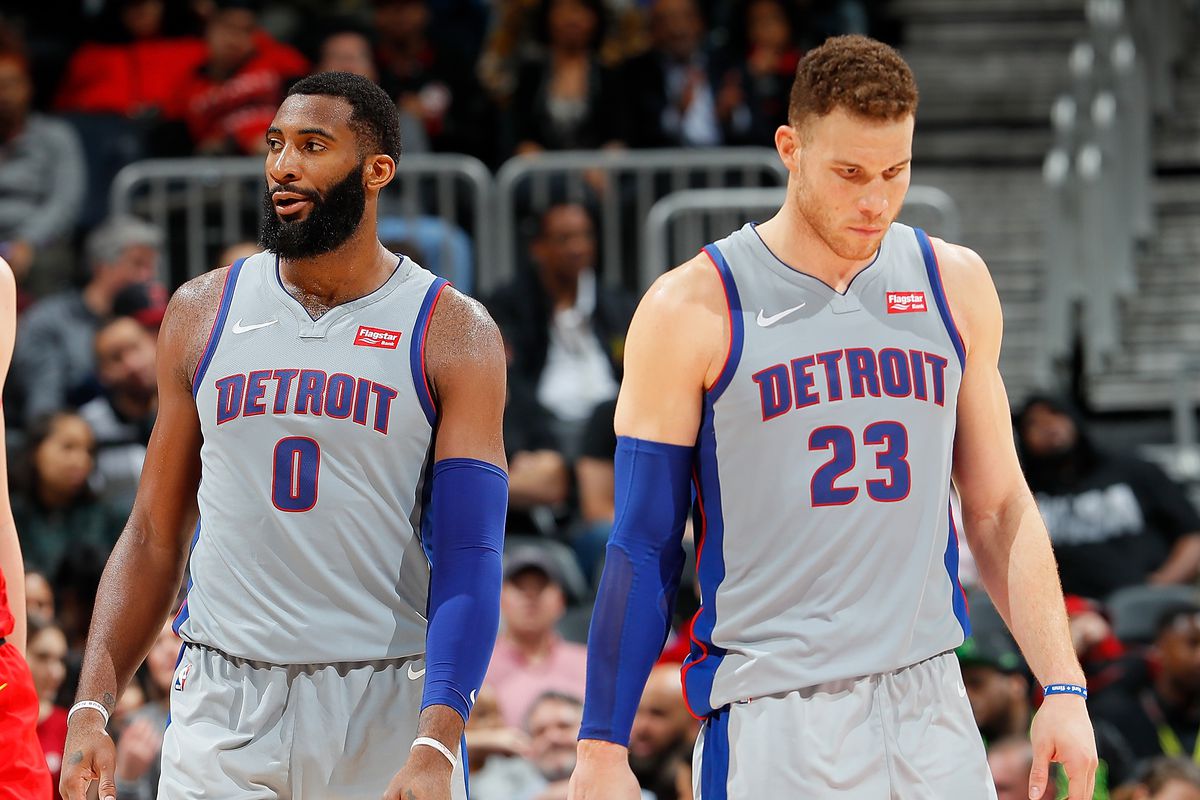 The Detroit Pistons have not given their fanbase something to be excited about since the mid-to-late 2000s, when the franchise made six straight Eastern Conference Finals appearances. Since then, Detroit has made the playoffs just three times in 12 seasons, never advancing past the first round. But the Little Caesars Arena in Midtown Detroit will welcome four promising newcomers during the 2020-21 NBA season.

The team’s biggest acquisition is French guard Killian Hayes, selected with the No. 7 overall pick, who spent last season playing for ratiopharm Ulm of the Basketball Bundesliga (BBL) in Germany. Hayes stands 6-foot-5-inches, dons a 6-foot-8-inch wingspan, weighs 185-pounds and has a tremendous feel for the game. Him being a lefty makes his game aesthetically pleasing to watch, but one must imagine his teammates will be the biggest beneficiaries. Hayes has outstanding vision in the half-court, understands how to operate the pick-and-roll, keeps his eyes down the court on the fastbreak and more often than not, drops the ball right into his teammates’ hands.

The 19-year-old also has a lot of scoring potential, as he showcased as smooth mid-range and floater game, and an array of dribble moves to create separation from defenders. If Hayes hits his stride in the NBA, he could become a hybrid of Manu Ginobili/Goran Dragic, a vastly underrated guard with sneaky athleticism, great footwork and the ability to play on or off the ball.

The Pistons had two more picks in the first round, at No. 16 and No. 19, and selected Washington’s Isaiah Stewart and Villanova’s Saddiq Bey, respectively. Stewart has good size (6-foot-9-inches, 7-foot-4-inch wingspan) an even better motor (fitting that he is headed to the Motor City) and looks to be a player who is going to outwork his opponents night in, night out.

Yet although he has great touch around the rim, Stewart may never develop a reliable jump shot in the NBA. But his energy and athleticism will warrant him plenty of baskets in the half-court and on the fast break.

Saddiq Bey led @NovaMBB in scoring as a sophomore and shot 45 percent from the 3-point arc.

Conversely, Bey joins a long list of former Wildcats to be drafted in the first round and is one of the most sure-fire prospects in the entire class. After averaging 16.1 points, 4.7 rebounds and winning the 2019-20 Julius Erving Award (recognizing the nation’s top small forward) as a sophomore, many believed Bey was a lock for the lottery. But the NBA’s disdain for the Big East Conference continues, to the benefit of the Pistons.

Bey is one of the most well-rounded prospects in the entire draft. He is lights out from deep, as Bey shot 45% from three on 5.2 attempts-per-game last season, has a tight handle and can use his large frame (stands 6-foot-8, weighs 216 pounds) to bully smaller defenders. The forward is also very versatile defensively, he can battle with wings and defended a myriad of high-profile guards throughout last season (Markus Howard, Kamar Baldwin, Myles Powell, Devon Dotson, and Jared Butler just to name a few).

Lastly, with the 38th overall pick, Detroit picked up Vanderbilt junior Saben Lee. One of the many undervalued guards in this year’s class, Lee projects to be a solid pick-and-roll player and a crafty guard who displayed a multitude of dribble moves, pump fakes and step-throughs during his time with the Commodores. These four players may allow Detroit to move veterans Derrick Rose and potentially Blake Griffin to solidify a young core with Hayes, Stewart, Bey, Lee and last year’s first-round selection Sekou Doumbouya.

Over on the Pacific Coast, new Kings’ general manager Monte McNair had himself a night Wednesday selecting three impact players to aid Sacramento’s young core. With the 12th overall pick, Iowa State’s Tyrese Haliburton fell into the Kings’ lap after being a projected top-10 pick all offseason.

At 6-foot-5-inches with a 7-foot wingspan, Haliburton has great length and an exceptional basketball mind. He excels in the pick-and-roll, in transition and has phenomenal patience for a young guard. Even with an awkward jump shot, Haliburton knocked down 42% of his threes last season on 5.6 attempts-per-game. Haliburton also has great defensive potential as his size and high IQ allow him to disrupt ballhandlers and passing lanes routinely.

Probably outside of Atlanta, Haliburton could not have landed in a better situation. Playing alongside a young, speedy point guard in De’Aaron Fox should open the game up for Haliburton. And if either of Sacramento’s young bigs can get healthy, that being Marvin Bagley III and Harry Giles, the Kings would have a ridiculously athletic and exciting young core.

The two other selections the Kings made were in the second round, at No. 40 and No. 43, selecting Mississippi State’s Robert Woodard and Texas Tech’s Jahmi’us Ramsey. Woodard, similar to Haliburton, has great size standing at 6-foot-7-inches with a 7-foot-1-inch wingspan. Woodard has a lot of potential as an on-ball defender as he had good lateral quickness and long arms to contest shots. He’s a great rebounder for his size, creating the potential to play small-ball four for the Kings, and he immensely improved his three-point shot from his freshman season to his sophomore season (27% to 43%). He doesn’t offer much as a shot creator or a playmaker, but luckily, he’ll have Fox and Haliburton drawing plenty of attention on offense.

Ramsey on the other hand projects to be a solid three-level scorer in the NBA. At 6-foot-4-inches with a 6-foot-10-inch wingspan, Ramsey uses his wide frame to get to his spots on the floor. He shot 43% from three on 5.2 attempts-per-game last year, has a high release on his jump shot and his footwork is technically sound which will make it easy for him to get buckets in the league.

With Bogdan Bogdanovic set to hit free agency and Buddy Hield disgruntled with Sacramento’s front office, Ramsey could supplant those two and be a microwave scorer off the Kings’ bench. 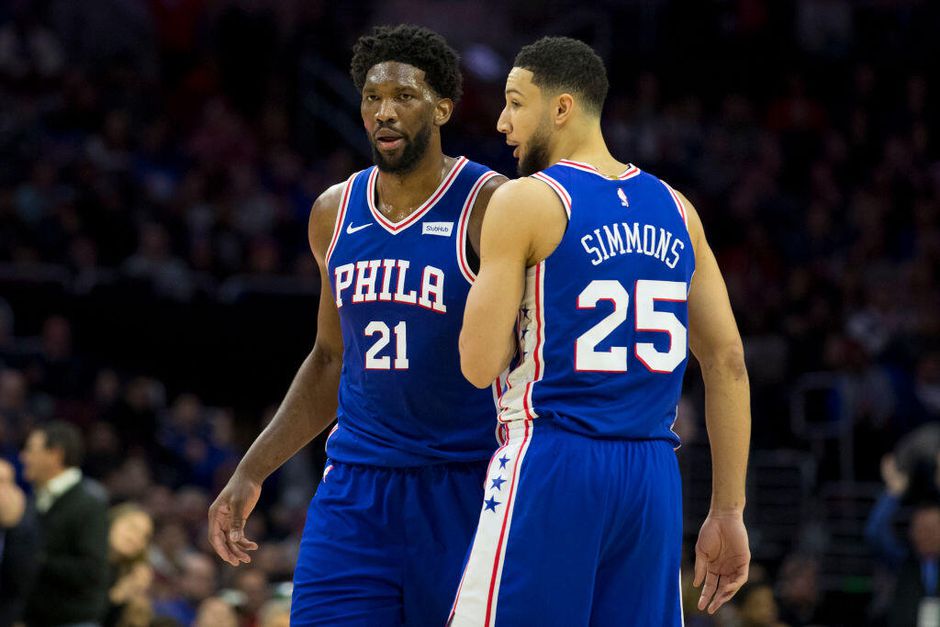 Daryl Morey was hired by the Philadelphia 76ers less than a month ago and he has already made a mark on the organization. The Sixers may have gotten the steal of the draft at No. 21, as Kentucky guard Tyrese Maxey was somehow still on the board when Philly was on the clock. Maxey is a big time shot maker with great footwork, balance and confidence. He only shot 29% from three during his freshman year at Kentucky, but he is a better shooter than what the numbers show.

He can put the ball on the floor and knock down mid-range shots or attack the rim with his great strength and agility. Maxey is also a very engaged on-ball defender, as he often took the toughest assignments on defense last season. Kentucky has produced many high-level guards in recent years, such as Jamal Murray, Tyler Herro, Shai Gilgeous-Alexander, De’Aaron Fox and Devin Booker. Maxey may not make the biggest impact in Philly as a rookie, given that their roster is stacked with talent, but expect him to have a great career in the NBA.

Tyrese Maxey was emotional after Philly selected him at No. 21 in the #NBADraft pic.twitter.com/TqSOxQOKih

The other two picks the Sixers made were Arkansas guard Isaiah Joe and DePaul forward Paul Reed. Both prospects were taken late in the second round, so they may struggle to even make the team. But Joe is a three-point specialist who shot nearly 11 threes-per-game last season and Reed is a tenacious defender with great mobility at the power forward position. The Sixers also traded for veterans Danny Green and Seth Curry this offseason, adding some much-needed shooting to their roster. It could be difficult for the Sixers’ rookies to get much playing time this season but expect them to make a major impact when they do.