UTS Spotlight: The Colors to Grayscale

What’s going on folks it's Alicia! This is my first written love-note to the sad tracks gracing our airwaves on Under the Stars, WSOU’s home for emo/screamo/pop-punk/post-hardcore airing live Tuesdays, 10PM - Midnight.

Thanks to hosting such a show (as well as never growing out of my emo phase), I’ve had the pleasure of attending a variety of concerts ranging from the beautifully soul-crushing, to angst-ridden mini-riots, or my favorite, high-energy, pop-punk hang-outs. Along with this, I have also been blessed with meeting some of the best faces behind sad-kid culture. 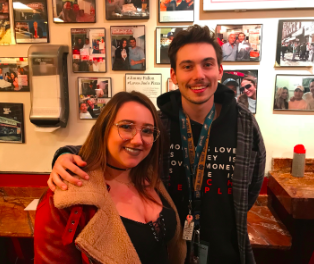 Just this past week I was lucky enough to make it to the Real Friends/Grayscale/Boston Manor/Eat Your Heart out show at Irving Plaza! Not only that, but I got to sit down with Collin Walsh from Grayscale before the show to pick his brain about life on the road, the band’s hobbies, and what they’re actually listening to on the road.

If you’ve never heard of Grayscale before, that’s your first mistake! The band formed in 2011 when they were still just in high school, and soon after their name started popping up on concert bills under bands from the likes of Seaway, Cute is What We Aim For, and Neck Deep. 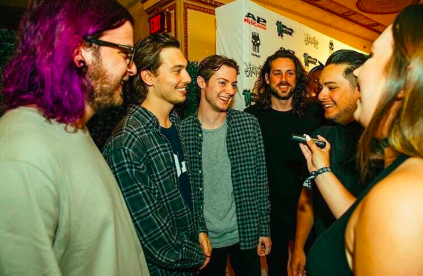 I myself first encountered the band on the 2017 APMA’s red carpet where the band strolled in keeping it down-to-earth in a bunch of flannels and ripped jeans before performing with Derek from State Champs. Now when you meet Grayscale you see so much of a growth in their music, their confidence as musicians, and in their on-stage presence. The low-key Collin I sat down with at the pizza shop was nowhere to be seen when he grabbed the mic and took command of the stage.

From our recorded interview, which you can find here you can tell these guys have been putting 100% into everything they do. Their latest album Adornment, released in 2017, is stacked with bangers. Some of my own favorites include Slipping Away and Come Undone (which features Patty Walters of As it Is). I was also surprised to see how creatively liberated the band is when creating their merch. This past Black Friday they released special edition army jackets, color-blocked hoodies, and a soft terry crewneck – all thoughtfully designed and fabricated. 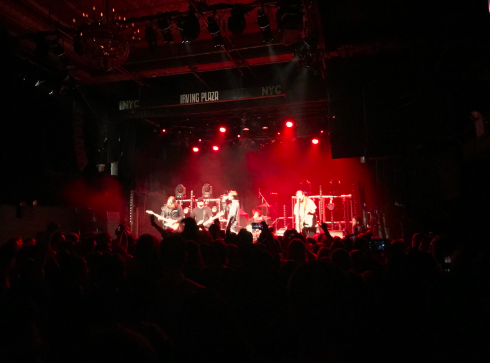 Colored in kindness, a Philly-attitude, and overdosing creativity the band makes their live show the party everyone wants to be at. Even as openers, no fan can stop themselves from jumping and singing along when the crew takes the stage.

Over the span of a year Grayscale has staked their claim as up-and-comers, and now I’m anxiously awaiting the new album like a beloved coronation.