The mastermind behind the Chicago Bulls' six championships 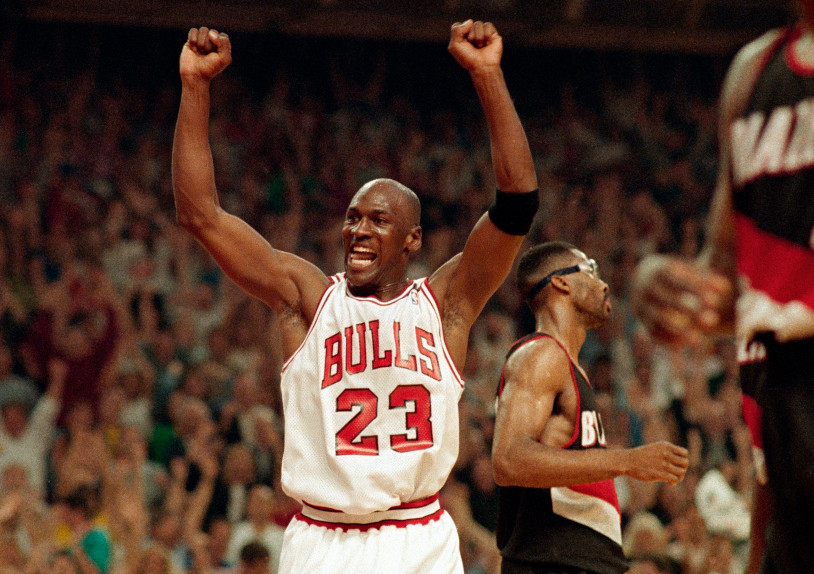 The Chicago Bulls’ success in the 1990s was predicated around the triangle offense. The man credited for implementing this offensive scheme with the Chicago Bulls was assistant coach Fred “Tex” Winter.

The triangle offense changed the way basketball was played in the NBA. The basic foundation of the triangle was to spread the ball around on offense and make the defense account for the entire offense, rather than focusing on just one player. The Bulls had trouble getting over the hump in the Eastern Conference in the late 1980s. They fell to teams like the Milwaukee Bucks, the Boston Celtics, and the Detroit Pistons. Before Phil Jackson took over as head coach in 1989, the Bulls were coached by Doug Collins from 1986 to 1989.

Collins did not use the triangle offense during his three seasons at the helm in Chicago. His offense ran mostly through Michael Jordan and it certainly had an affect on the team’s performance in the playoffs. Opponents were able to scout the Bulls easier and key in on Jordan because he was the primary playmaker. During this time, Collins had two assistant head coaches, Winter and Jackson, who were proponents of using the triangle offense. The main voice in Collins’ ear to use this offense was Winter because he had a different vision for the construct of the Bulls. 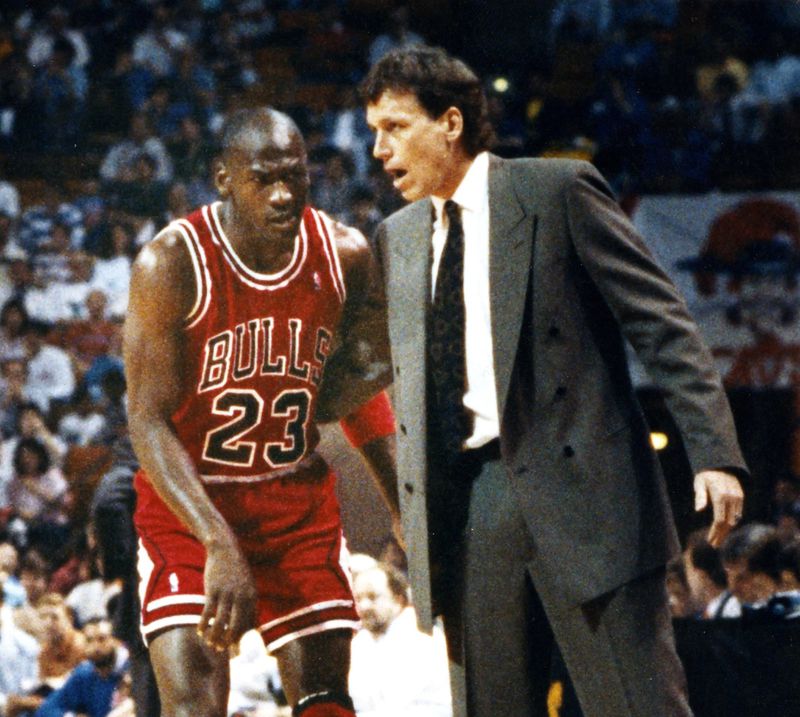 Jordan was thriving with Collins as the head coach, but the Chicago Bulls were not an elite franchise like the Los Angeles Lakers, Boston Celtics, or Detroit Pistons.  It did not help the Bulls that Collins was at odds with his assistant coaches because they disagreed with his coaching style. Winter was banned from practices and Jackson went weeks without talking to Collins. After the Chicago Bulls were eliminated in the 1989 Eastern Conference Finals by the Detroit Pistons, Bulls owner Jerry Reinsdorf fired Collins and named Jackson as the next head coach.

Collins attended Reinsdorf’s Naismith Memorial Basketball Hall of Fame ceremony in 2016 and moved on from those issues; “Sometimes people have to make business decisions,” said Collins in an interview with BullsTV about his firing in 1989. “I would say he made a good decision. He hired Phil Jackson who won six championships for him.”

Jackson received most of the credit for the unprecedented run that the Chicago Bulls went on, but a lot of that acclaim should have gone to Winter. He joined the Bulls in 1985 and he was an integral piece in the organization’s turnaround. The front office bought into Winter’s philosophies and it changed the future of the Chicago Bulls. Winter took Jackson under his wing when Jackson was hired as an assistant in 1987. He convinced Jackson to learn the triangle offense and he made the Bulls a well-rounded team.

“[Tex Winter] was hired by the Bulls as a coach to the coaches. That’s what Jerry Krause wanted him to be,” said Jackson in an April 2011 media scrum. “We had a relationship that went very deep, simply because I wasn’t a very good coach and didn’t have a lot of knowledge. He educated me about the different formats of basketball.” 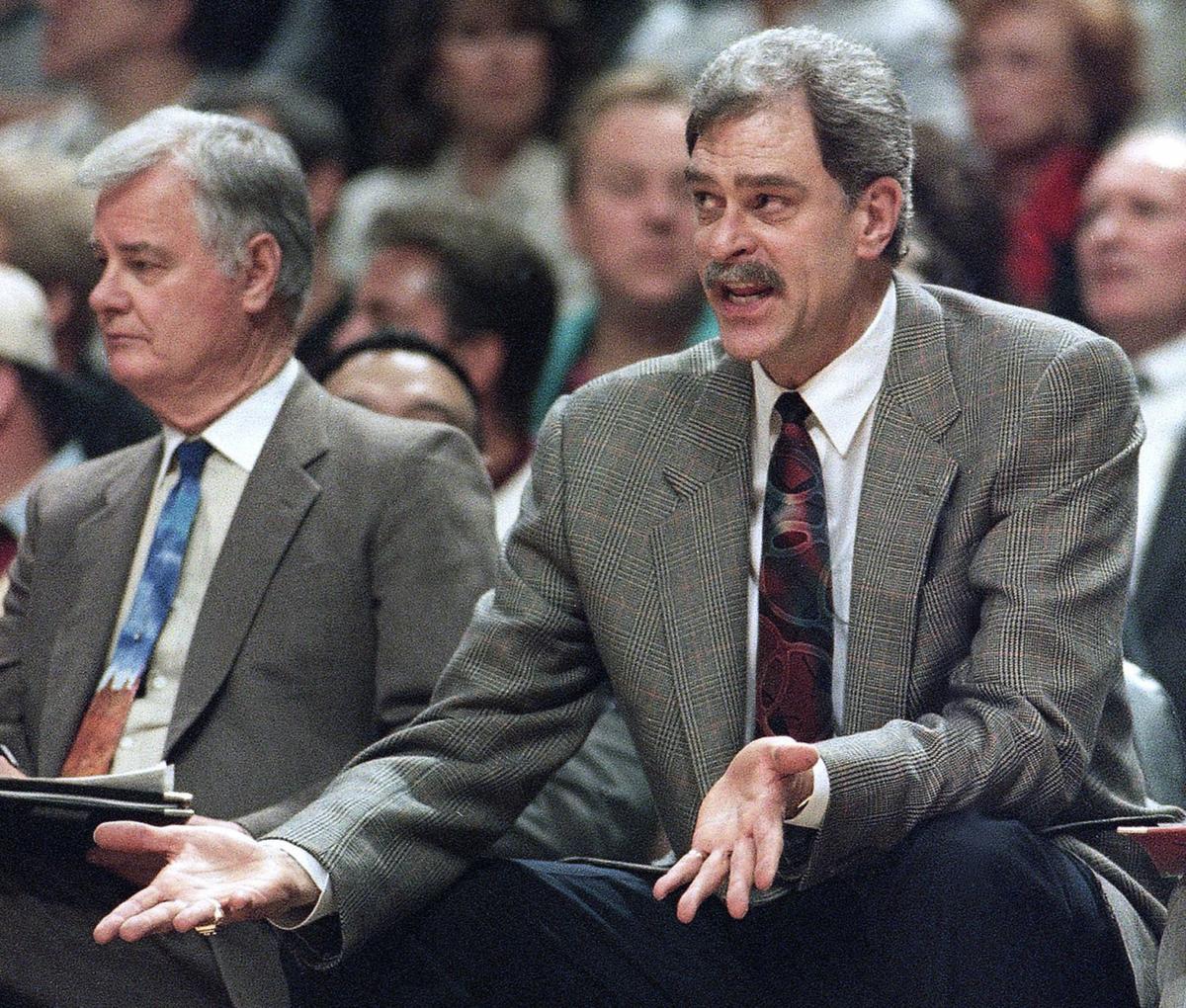 Winter’s basketball genius allowed him to mentor other coaches and develop them into fundamentally sound teachers of the game. He took pride in working with young coaches like Jackson and showed them how to run drills in practice and games.

For the entirety of the Chicago Bulls’ dynasty, Winter stood by Jackson’s side and helped him coach the Bulls to six championships, including two three-peats. In the trial stages of the Chicago Bulls’ triangle offense, it took a while for Jordan to support the new concept. The ball was taken out of Jordan’s hands and moved around the floor.

“I didn’t want Bill Cartwright to have the ball with five seconds left. That’s not equal opportunity offense,” said Jordan in “The Last Dance,” series.

Jordan eventually realized that the triangle helped his teammates get involved and the Bulls benefited from the philosophical change. Scottie Pippen emerged as the consistent No. 2 option for Chicago and he complimented Jordan nicely. Winter’s teachings opened the door for the Bulls to transform the way basketball was played. The NBA has always been a copycat league and other teams replicated this style of play that Winter cultivated.

Winter learned the triangle when he played for USC in the 1940s under head coach Sam Barry, who invented the triangle offense. Before Winter joined the Bulls’ coaching staff in 1985, he was a successful college head coach at Long Beach State. His players were very successful at running the triangle. He amassed a 453-334 record as a collegiate head coach. 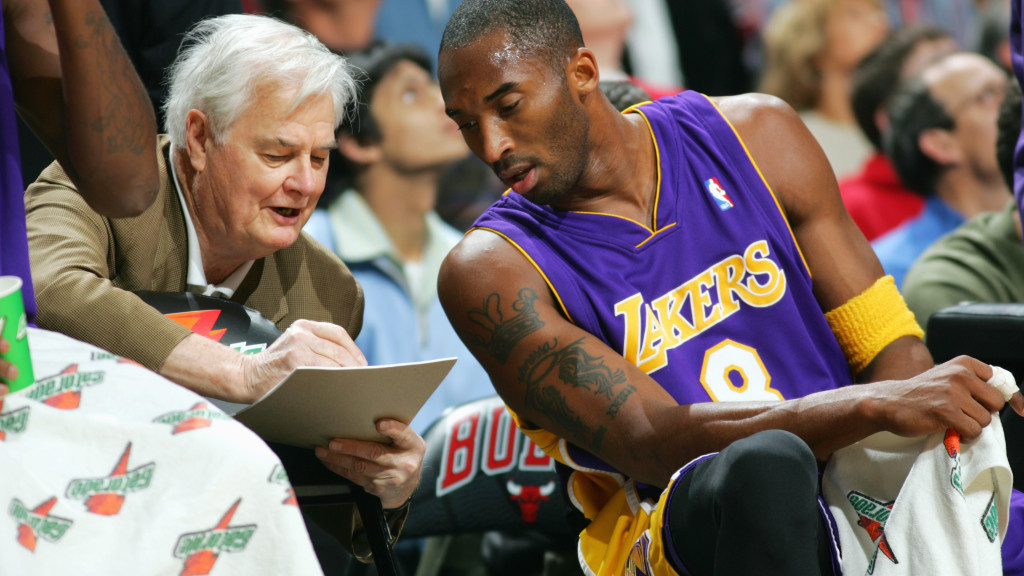 “We watched the start of the game to the end of the game. We watched the layup lines, and timeouts,” said Bryant to Lewis Howes on “The School of Greatness,” podcast. “I watched every game of the season with the 82-year-old Yoda, who was as brutally honest as you could get.”

It is understated how important Winter was as an assistant coach for the Chicago Bulls and the Los Angeles Lakers. He finished his career as an assistant coach for the Lakers from 1999-2008 and he served as a consultant in 2009 for the Lakers’ championship season. His drive and personality turned him into one of the greatest assistant coaches in NBA history and he made the triangle offense a viable option for teams to use. His influence on Jackson helped the Bulls create a dynasty that will never be duplicated.

Michael Daly is the Station Manager-Elect at 89.5 FM WSOU and can be reached at wsoustationmanager@gmail.com.