Sports figures react to riots at the Capitol building 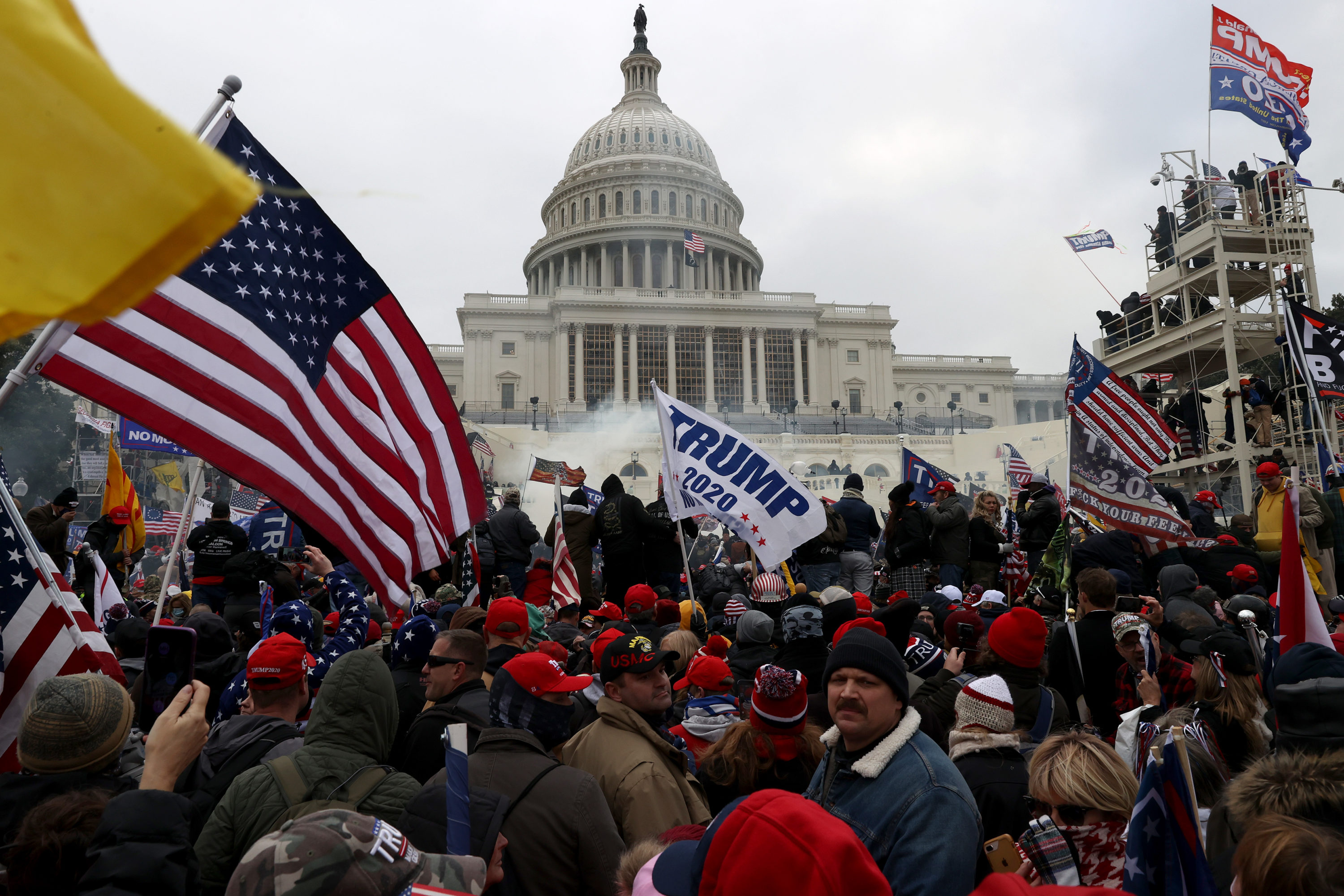 President Donald Trump’s speech during his “Save America March” on Wednesday afternoon largely and falsely addressed voter fraud and an election that was stolen out from under him and his party. Though he urged his supporters to act peacefully, he nonetheless encouraged them to march to our nation’s Capitol building to make their voices heard. It is safe to say no one expected the ensuing riots and breaching of the U.S. Capitol with such ease, which left the majority of the country in shock. Americans, though shocked by the actions in our nation’s capital, knew all too well why these protesters were able to breach the Capitol largely unharmed.

It is a reality that Black Americans know all too well. Wade alludes to the fatal shooting of Breonna Taylor, Ahmaud Arbery, Trayvon Martin, and so many more of the unheard stories that have resulted from racial violence. The crimes committed by the rioters Wednesday evening were not met with the response by law enforcement that many expected, though some were not surprised.

Outrage continued into the evening as news sources began covering the events in our nation’s capital but were describing the vandals as “protestors” rather than “rioters.”

Many athletes drew criticism on the choice of words, Chicago Bears wide receiver Allen Robinson proclaiming, “Today was acts of terrorism, and should be treated as such!” while 49ers cornerback Richard Sherman reflects, “Never thought Americans would let terrorists into the capital without a fight…. sad day.”

Today was acts of terrorism, and should be treated as such!

Stan Van Gundy, head coach of the New Orleans Pelicans, uses “domestic terrorism” to describe Wednesday’s events in D.C and states, “This is a shameful day for our country.”

Other athletes made more blatant remarks comparing how law enforcement handled Black Lives Matter protests across the country this past year and how Wednesday’s events were handled.

NBA Hall of Famer Reggie Miller commented on the de-escalation tactics that police were using inside of the Capitol saying, “Funny how their tone and actions change when protesters look like them…”

Ohhhh so they do know how to de escalate and talk?? Since when?? Funny how their tone and actions change when protesters look like them.. https://t.co/nKtcaW2KNj

BLM protests across the country were often met with clashes between protestors and law enforcement, while there was a lack of the same violent tactics seen on Wednesday evening. We cannot refute the opinions and experiences of athletes, especially those who are Black, because we believe that they are too far removed from the experiences Black people face daily.

Though Giannis Antetokounmpo’s 2 MVPs may not make him the most relatable American athlete, he reflects on the recent fears so many Black people have: “when I stop playing basketball and while I’m playing basketball, my kid is gonna grow up here in America. My kid is black. And I can not imagine my kid going through what I see and what I see on the TV.”

“My kid is black. And I can not imagine my kid going through what I see and what I see on the TV,” he said.

Perspectives like Antetokounmpo’s are not only common among Black Americans, but necessary in the recent narrative of this country. So many of these athletes have a huge platform to inspire change in a system that has failed many Americans, and their perspectives are inherently valuable in starting these conversations. In leagues such as the NBA where over 81% of players are Black, it is impossible to withhold players from speaking out on issues that primarily affect themselves and their families. Despite the atrocities of the evening, many were able to remain hopeful about the future of this country.

While the political division in America could not be wider, Boston Celtics coach Brad Stevens says that, “We have a long way to go… Two weeks from now, we’ll be in a lot better spot.”

While the next two weeks and the weeks following may not produce the drastic changes that this country may need, hopeful optimism and the willingness to accept change from all Americans will point us in the right direction.