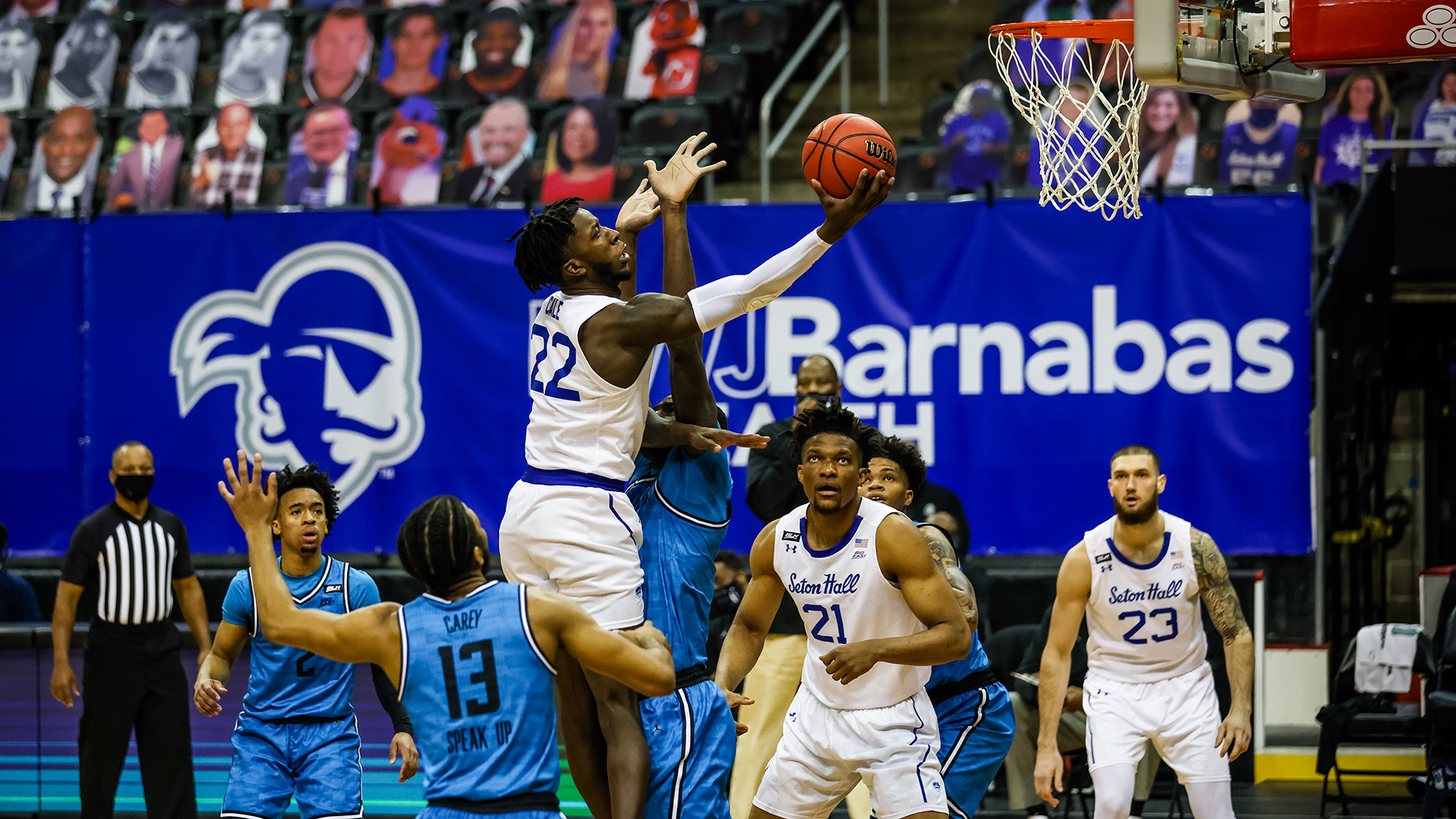 Despite a poor second half, Seton Hall got back on the win column Saturday afternoon by defeating the DePaul Blue Demons 76-68. Seton Hall started of the game against DePaul looking still hungover from their embarrassing defeat against Creighton on Wednesday night, but halfway through the first half they took complete control of the game.

Seton Hall and DePaul both started off the game sloppy, DePaul had not played since December and Seton Hall was stating slow. In the first 10 minutes of the game, Pirates star Sandro Mamukelashvili turned the ball over four times.

However, around the 10-minute mark, Seton Hall got their game together and took complete control of the game. Starting off with Ike Obiagu being a force down low, scoring off put backs and free throws. Obiagu finished the first half with a team leading nine points. Once he started to get going it got the rest of the team hot. Three straight Myles Cale buckets, including a three-pointer, put the Hall up 28-19 with 5:30 left in the half. Seton Hall then attempted to put a strangle-hold on the first half.

The closest DePaul got the rest of the first half was six points, but then the Pirates out on the burners. After forcing a few turnovers and getting easy baskets, the Hall went to the locker room up 40-28 and were ready to put the game away in the second half.

Early in the second half it looked like the Hall would. The Pirates continued their hot shooting, and three minutes into the half Seton Hall was up 19 on the Blue Demons. Seton Hall was doing anything they wanted and or defense near the basket allowed Jared Rhoden to dunk with authority as the Hall extended their lead.

Despite Seton Hall’s dominant performance to start the second half, DePaul guard Javon Freeman-Liberty did all he could to try and help the Blue Demons claw back into the game. Freeman-Liberty finished with a game high 22 points while also leading his team in assists with four. At one point the Blue Demons cut the Pirates lead to six, but Seton Hall large lead and array of scoring options was just too much for DePaul to overcome. Seton Hall was able to maintain their close lead at the end and escape with a 76-68 win.

Seton Hall will be playing again on Jan. 16 against the Xavier Musketeers in Historic Walsh Gymnasium. 89.5 FM WSOU will have all the coverage of that game for the 3:30 p.m.