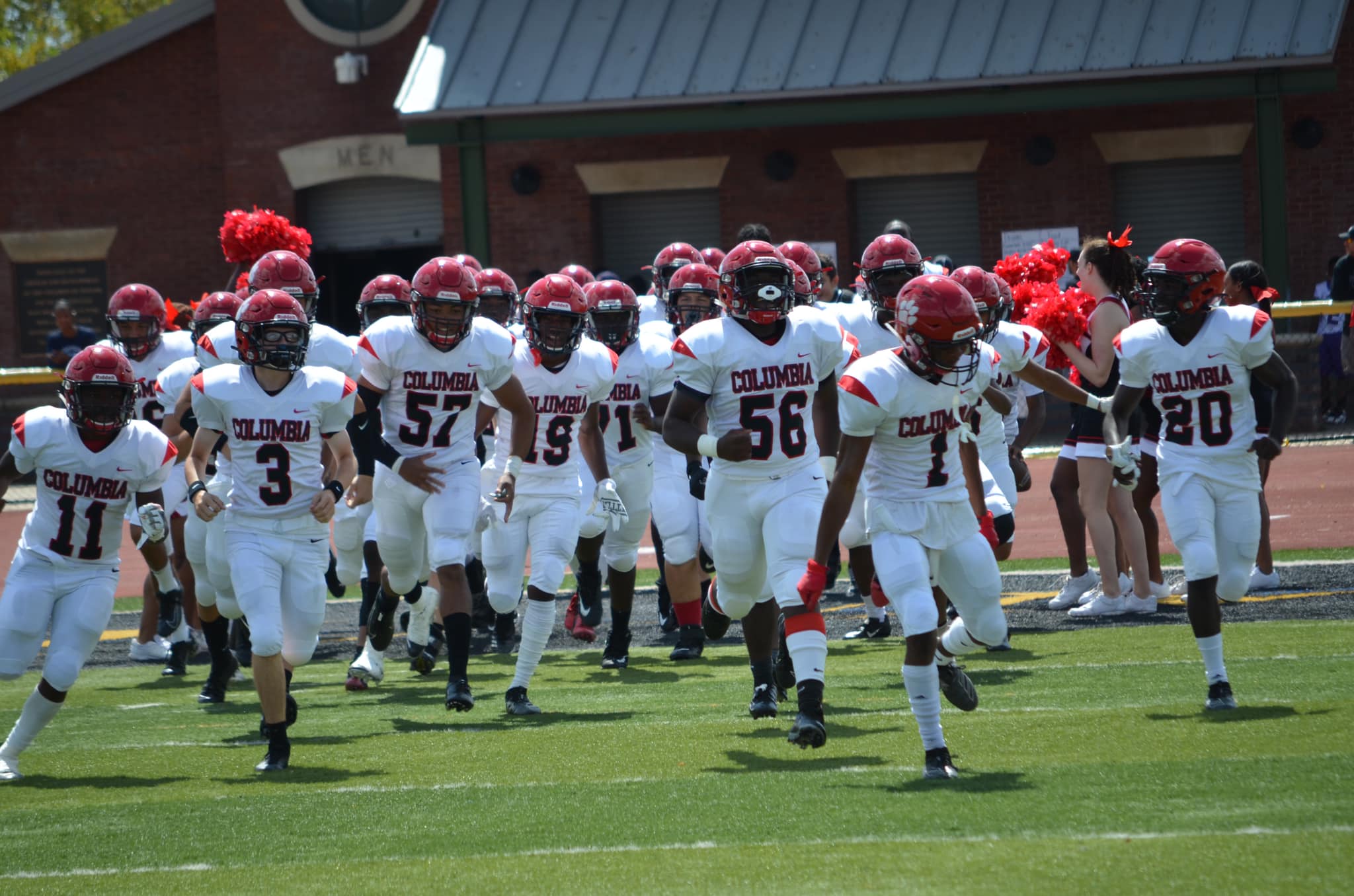 In their matchup Thursday night, the Columbia Cougars defeated the Belleville Buccaneers by a score of 42-7. It was a rough start for Columbia as they coughed up the football on their opening drive, but stout defensive play gave their offense plenty of opportunities all night.

After their rough start, the Cougars’ offense never looked back. Senior Kai Arrington broke the seal on the game with a quarterback sneak giving Columbia a 7-0 lead. On their ensuing possession, running back Stephen Henry broke a long run which saw the Cougars go up two scores. Arrington and Henry each reached the end zone once more.

Henry again by way of rush; this time from 1-yard out, and Arrington by way of kick return as he took off down the sideline with just a minute remaining in the game. Receiver Michael Caines and tailback Joseph Holdbrook were also able to get in on the action. Each ran in their respective touchdowns before the first half was even over. The Cougars did have an injury scare as Caines went down in the middle of the second half, but luckily, he was able to walk off the field by himself.

Cougars waste no time! Another huge run this time from Michael Caines. Columbia now holds a commanding 28-0 lead over Belleville as the second quarter winds down.

On the Belleville side, the Bucs’ first points came with less than four minutes remaining in the fourth quarter. Quarterback Anthony Cecere connected with tight end Terrence Folks for Belleville’s only score.

Touchdown Bucs! Anthony Cecere connects with TE Terrence Folkes, and Belleville able to get into the end zone to close the gap.

Columbia still leads 35-7 with less than 4-minutes to play.

Strong defensive play was present for both teams (although you wouldn’t know it looking at the final.) The Buccaneers had the advantage in turnovers, forcing four, while the Cougars forced two accompanying a plethora of Belleville punts. The two teams also exchanged back-to-back interceptions later in the fourth quarter. But it was the Cougar defense that really shined considering they did not allow any points until late in the fourth quarter.

For Belleville (2-4), it will be another tough test as their next matchup comes against an undefeated Nutley team (6-0) on the road. For Columbia, their regular season ends with a record of 4-3.

William Swankie can be reached at william.swankie@student.shu.edu.