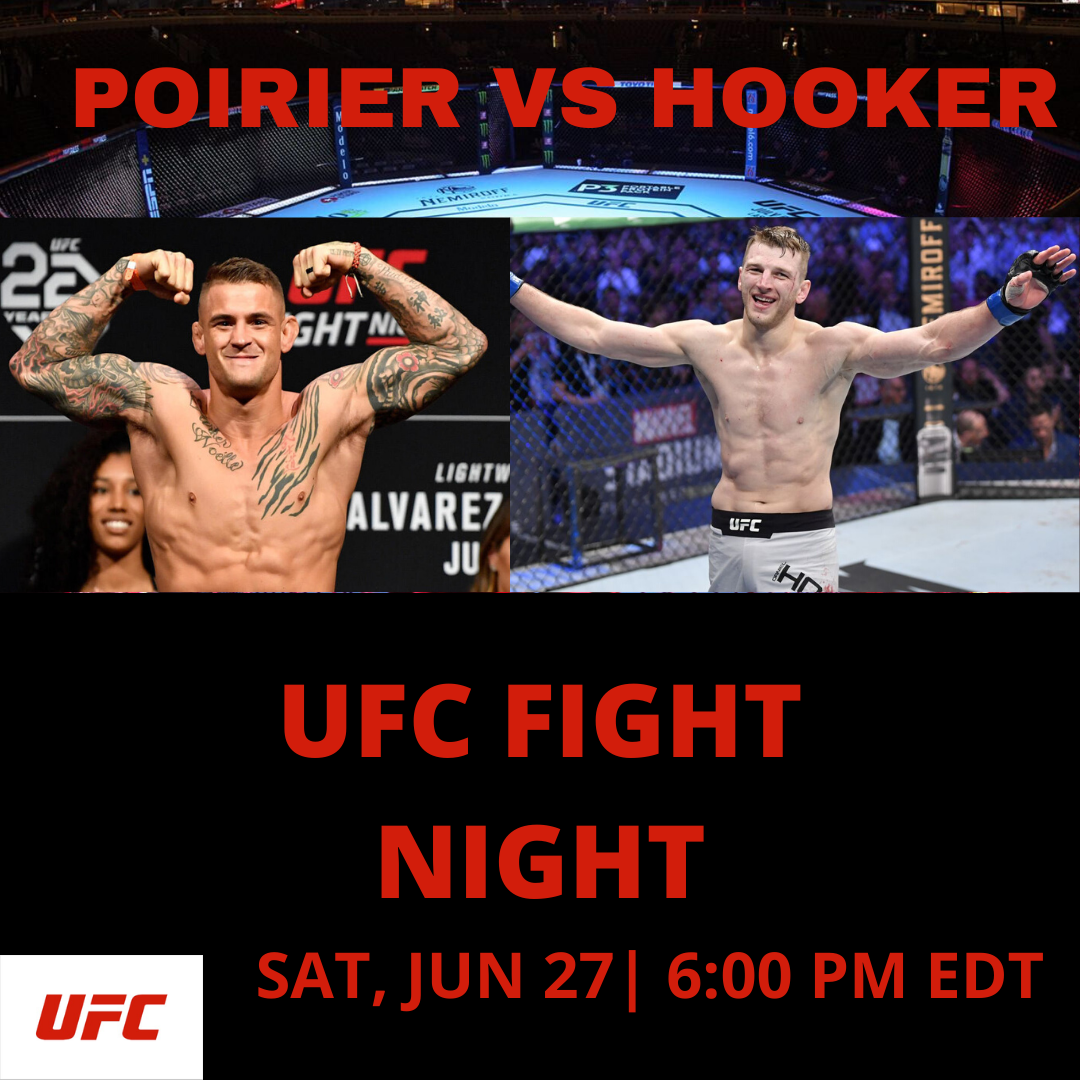 Saturday’s bout for Poirier will be his first appearance in the Octagon since Sept. 7, 2019, when he challenged lightweight champion Khabib Nurmagomedov for the title. This forthcoming fight has major implications on the division’s picture because the winner of the clash will have a shot at fighting former lightweight champion and the current No. 4 contender Conor McGregor.

Poirier and Hooker were originally slated to fight on May 16 in Jacksonville, Fla., but the fight was postponed because of the COVID-19 pandemic. Hooker appeared in an interview on SB Nation’s Submission Radio and he discussed the timeline of the fight with Poirier.

“[The UFC] was kind of teasing me with this fight the entire time, they were telling me to be ready for May 16,” said Hooker on Submission Radio. “Even when the world was going crazy and these shows started getting canned, the UFC was still telling me about May 16. New Zealand was on level-four lockdown, which meant that you could not interact with anyone outside of the people that you live with. I wasn’t even allowed to go to my own gym.” 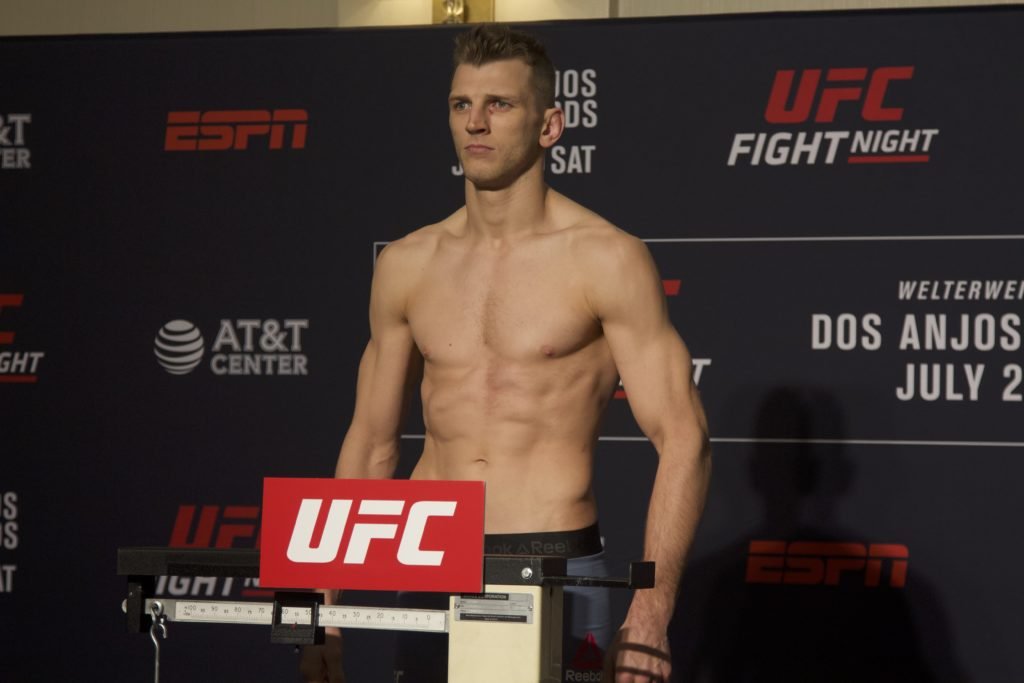 When Hooker returns home to New Zealand after his fight with Poirier, he is required to self-isolate in a hotel in Auckland, New Zealand for 14 days to avoid a possible spread of the coronavirus. This is a government mandate for anyone that travels outside of New Zealand and enters back into the country. As of June 23, New Zealand only had two positives cases for COVID-19.

The prospects of an immediate championship match seem to be unlikely soon, especially for Poirier since he already had a title opportunity. Hooker’s case for a championship bout would be much stronger than Poirier’s if he wins on Saturday since he is on a three-fight win streak. Poirier is the No. 3 lightweight contender and Hooker comes into the bout ranked No. 5 in the division.

Both fighters in the main event stand at the crossroads of the lightweight division because the winner will receive a major fight, while the loser will fall in the rankings. One substantial factor in this fight is the change in size of the Octagon. The Octagon is typically 30-feet in size, but with the events being held in the Apex, the UFC decided to make the Octagon 25-feet. The change in size will increase the amount of action in all of the fights. In an interview with UFC play-by-play announcer Jon Anik, Poirier talked about his aggressive game plan in the smaller cage.

“I want to fight. There are a lot of finishes happening in the small cage,” said Poirier when asked about how he feels about the cage being reduced to 25-feet. “I’m coming to finish this guy and I’m coming to fight.” 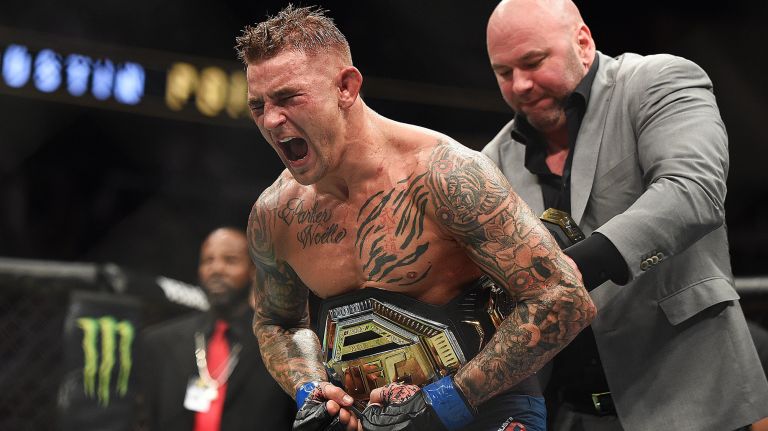 Poirier is an extremely physical fighter with an excellent track record in the featherweight and lightweight divisions. Prior to losing to Nurmagomedov, Poirier was on an absolute tear with a five-fight win streak. The names in the win streak included Jim Miller, Anthony Pettis, Justin Gaethje, Eddie Alvarez, and Max Holloway.

In April 2019, Poirier received the recognition he deserved for years of hard work with a unanimous decision win over Holloway for the interim lightweight championship. Despite Holloway jumping up one weight class, Poirier was a betting underdog against Holloway. This victory opened the door for the unification bout against Nurmagomedov, in which he lost via submission.

Hooker is on the rise in the division, and a win against Poirier would extend his win streak to four consecutive fights. Hooker is coming off a split-decision victory on Feb. 23 against Paul Felder in Auckland, New Zealand. That fight was a litmus test for Hooker because he fought a top 10 fighter that aimed for an important fight in the division. The win against Felder propelled his status in the 155-pound division and derailed Felder’s chances at securing a championship bout.

The fight between Poirier and Hooker is much more than just a fight that will decide each fighter’s standing in the division. This fight will determine who has the momentum moving forward in competition in the lightweight division. As of now, the momentum is seemingly on Hooker’s side because he returns to the Octagon after a grueling victory. Poirier hopes to regain the momentum that he had leading up to the Nurmagomedov fight in September.

When looking at this match, it has all of the ingredients of a “Fight of the Year” candidate in 2020. Poirier and Hooker are willing to stand in the center of the Octagon and exchange blows. They are both known for being very entertaining and exciting competitors. The 25-foot cage makes it even more interesting because they will be forced to engage in a confined area.

Even if Hooker wins on Saturday, it is not a guarantee that he will receive a shot at the title because Nurmagomedov must unify the belt with Gaethje. On the other hand, Poirier took this fight with Hooker to prove that he deserved another opportunity at the belt.

Since McGregor is the No. 4 contender, it makes perfect sense for the winner of the Poirier vs Hooker bout to fight McGregor next because all three fighters are waiting on a championship fight that will probably not happen in 2020. In terms of the financial benefit, a fight against McGregor will be very comparable to the purse of a championship fight. The financial gain could persuade fighters like Poirier or Hooker to look at McGregor as a potential opponent down the road.

For Poirier, the road back to a lightweight title will go through McGregor because McGregor is also calling for a chance to reclaim the lightweight championship. In 2014, McGregor defeated Poirier in a featherweight bout via TKO. Poirier wants a rematch with McGregor to avenge his loss from nearly six years ago.

The winner of Saturday’s main event will have plenty of options to choose from in a stacked lightweight division. The loser will have to go back to the drawing board and climb his way up the divisional rankings again.