Preview: Pirates head to Chicago to back on track vs. DePaul 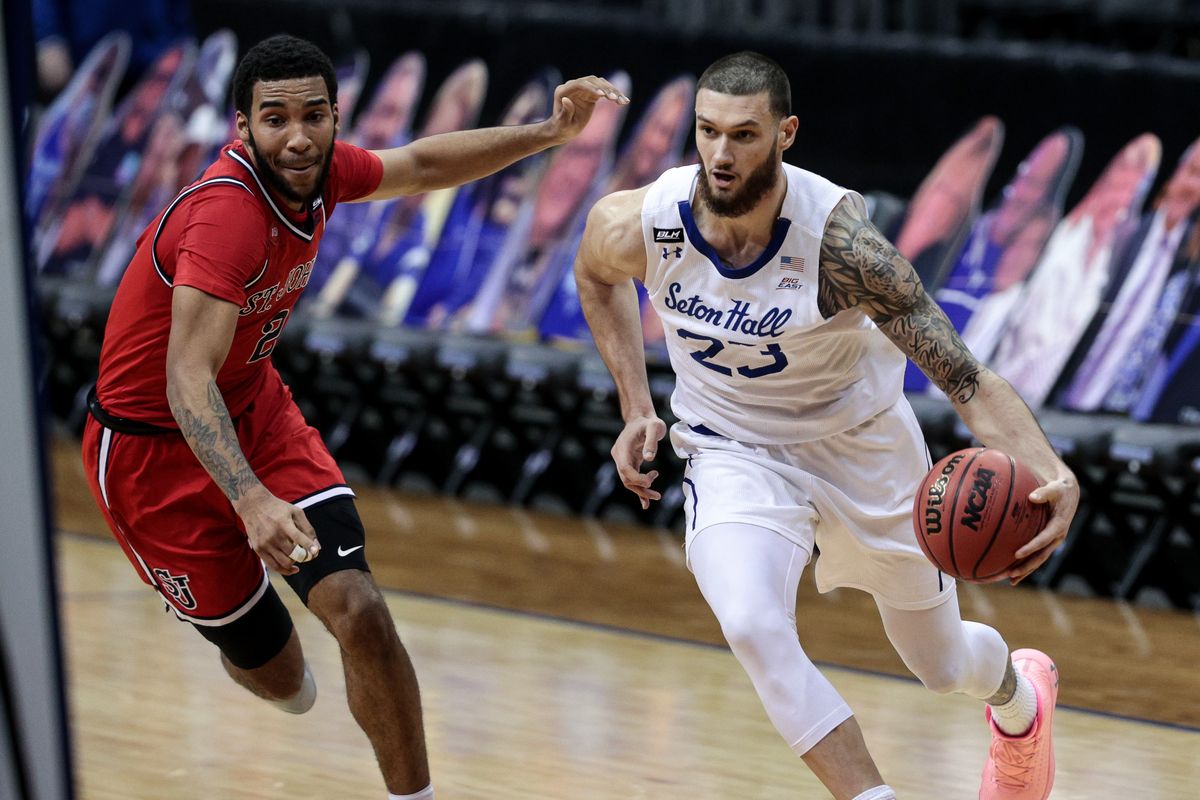 Seton Hall is traveling to Chicago on Saturday to take on the 1-2 DePaul Blue Demons. Due to COVID-19 cancelations, the Blue Demons have only played three games this season and have not played since Jan. 30. Seton Hall, on the other hand, is coming off their worst loss in years after they got thrashed on Wednesday night 89-53 against No. 7 Creighton.

Other than their last performance, Seton Hall has done well this season. They are 5-2 in conference play and have gotten themselves in the conversation for the NCAA Tournament. To secure a spot, the Pirates must bounce back from the embarrassing loss and get back to their winning ways.

Seton Hall has been led by senior forward Sandro Mamukelashvili this season. Mamukelashivili is averaging 18.3 points-per-game (ppg) for the Hall this season and has also pitched in 6.8 rebounds-per-game (rpg). Without Mamukelashvili, this team would be nowhere near a NCAA Tournament berth.

Another key player for Seton Hall this season has been junior forward Jared Rhoden. Rhoden has stepped up his game this season and has become the clear second option for the Pirates. He is currently averaging 15.4 ppg, second best on the team. Rhoden has also been a beast on the glass, as he is averaging 7.2 rpg. Another area Rhoden has been helpful for the Hall is on the defensive end. He has a total of 15 steals and five blocks in only 13 games into the season.

Looking over to the DePaul side, there is not much to see as the sample size is so small. In three games senior guard Charlie Moore has been the catalyst for the Blue Demons offense. In three games, he is averaging 16.4 ppg and 5.3 assists-per-game (apg). The Blue Demons second option is junior guard Javon Freeman-Liberty. He is second on the team in scoring, averaging 13.7 ppg. He has also been active in the assist department, averaging four a game.

For Seton Hall to come away with a victory Saturday afternoon, they will need to feed Mamukelashvili. DePaul does not have anyone who can match up with him well now that Paul Reed is gone. This is a big opportunity for the senior forward to have one of his best games in a Seton Hall uniform.

Make sure you stay tuned into 89.5 FM WSOU for all the coverage for Saturday’s showdown with DePaul where Heaven Hill and Jorie Mickens will be on the call from inside the South Orange studios. Pre-game coverage will start at 1:45 p.m. and the game will tip off at 2:00 p.m.