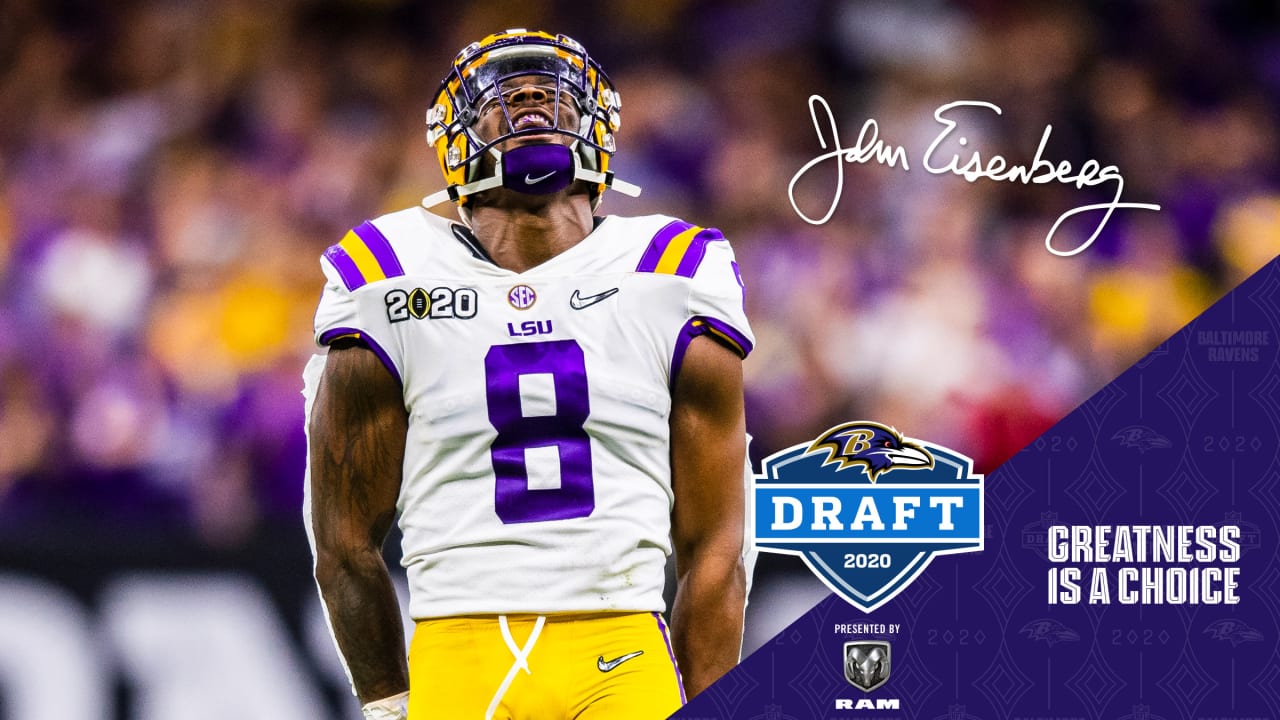 The 2020 NFL Draft was filled with talented players that fans of the league cannot wait to see play for a professional team for the first time. Looking at the defensive side of the ball, in the first round, there were 14 players who were drafted including Chase Young, who went to the Washington Football Team with the second overall pick after Joe Burrow.

Young is currently the leading favorite to win the Defensive Rookie of the Year award at the conclusion of the 2020-21 NFL season, but there is another player who was selected in the first round who can take the award from him.

Drafted No. 28 overall to the Baltimore Ravens, Patrick Queen was noted as being a perfect fit for what the Ravens are looking for in a linebacker. At LSU, Queen emerged on the scene as an elite defender in the middle of the season when he was named a started in week four of the 2019 college football season against Vanderbilt.

It was the week after that Queen started to show his dominance, athleticism, and aggression at the linebacker position. Against Utah State, where LSU held the Aggies to only two field goals, Queen lead the defensive charge with six total tackles with half of them being for a loss. Queen then followed up that game with another six-tackle game against No. 7 Florida. It was in the biggest moments where Queen shined during LSU’s magical season. 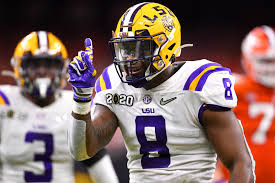 In a two-game stretch where LSU had to play No. 9 Auburn and No. 2 Alabama, Queen showed why he was a pivotal piece to the defense. Against Auburn, Queen finished with seven tackles with three of them being solo tackles. Meanwhile when LSU had to take on Alabama, Queen was second on the team with seven tackles, got a pass deflection, and picked off fifth overall pick Tua Tagovailoa in that game.

He continued to be a consistent piece for the Tigers, as Queen got six tackles and a sack against No. 2 Georgia in the SEC Championship game, eight tackles against Oklahoma in the College Football Playoff semifinals, and was awarded the 2020 CFP National Championship Game Defensive MVP after getting a team leading eight tackles, 2.5 tackles for a loss and a half a sack on the biggest stage for college football.

Not only could Queen get to the ball, but he could also cover. According to Pro Football Focus, after being named a starter, Queen’s coverage grade was the seventh-best in the FBS.

Instincts + burst are top notch! And a finisher once he arrives!

Queen sniffed out plenty of screens. Can even hang man-to-man on an angle route! #2020NFLDraft pic.twitter.com/DjsOUbwFdy

After forgoing his senior season to enter the NFL Draft, Queen showed his speed and quickness in the NFL Scouting Combine, running a 4.5 40-yard dash with a 35-inch vertical leap and a 10-foot-5-inch broad jump. Queen was fourth among linebackers with his 40-yard dash and finished within the top-15 in his vertical jump, bench press, and broad jump.

One of the best linebacker times of the day. His National Championship Game showing capped off a huge season.

Real chance we see Queen land in the first round. pic.twitter.com/Sr4lcaufKF

Queen’s ability to be versatile in the linebacker position with his speed and explosiveness to get to the ball and to cover already makes him a Defensive Rookie of the Year favorite, but what also benefits Queen the most is the team that he was selected to.

The Ravens were a top-5 defensive team in the league wherever you looked at. According to Football Outsiders, the Ravens we’re the fourth best team defensively behind the Patriots, 49ers, and Steelers. Meanwhile, the Ravens were the third best defense last year, according the Pro Football Reference.

Defensively Baltimore blitzes a lot too, finishing 2019 with a blitz percentage of 54.9%, which was first in the NFL and 11.5% ahead of the Tampa Bay Buccaneers, who finished second in blitz percentage. Don Martindale former linebackers’ coach and current defensive coordinator for the Ravens likes to mix up blitzes and coverages, which is perfect for Queen who can do both depending on the defensive call. Another benefit to Queen is the players that will join him on the defensive end.

"They know that anybody that comes off the bus can blitz." pic.twitter.com/aMxRiLBvsA

The Ravens will return two first team All-Pro players in Marcus Peters and Marlon Humphrey in the secondary. In the front seven, the Ravens picked Derek Wolfe who had a career high seven sacks last year with the Denver Broncos before missing the final four games of the season after being placed on injured reserve for suffering a dislocated elbow. Baltimore also obtained Calais Campbell, who’s a three-time All-Pro player, and was the PFWA NFL Defensive Player of the Year in 2017.

With those two additions to the team, if Wolfe and Campbell can cause havoc at the line of scrimmage, Queen will have opportunities to clean up and record good numbers to create a case for the Defensive Rookie of the Year award.

From a backup to the first-round pick in the NFL Draft, Queen has proved to be a top defender in college football and will try to show it in the next level. With his quickness and versatility, he will provide Baltimore the perfect piece that they need to execute their defensive scheme.

With the talent that Queen possesses, and the opportunity presented to him with the Ravens, he is in a prime position to be voted the Defensive Rookie of the Year for 2020.

Wilnir Louis is he Sports Director for 89.5 FM WSOU, and can be reached at wsou.sports@gmail.com.