Looking back at Jerry Sloan's time in the NBA 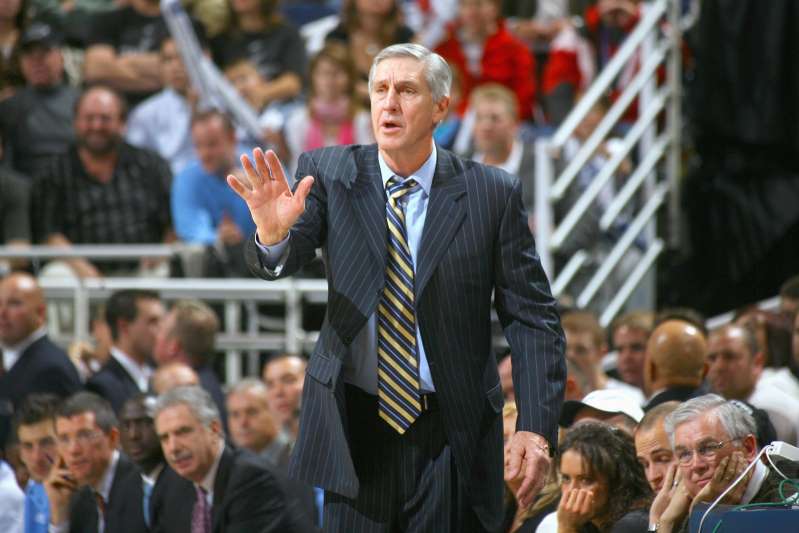 Former Utah Jazz head coach Jerry Sloan passed away on Friday morning at 78-years-old. He was in the NBA for a total of 46 years as a player and coach.

At the conclusion of the 1976 season, Sloan retired from basketball and his imprint on Chicago was undeniable. Before Michael Jordan was drafted by the Bulls in 1984, Sloan was regarded as the greatest shooting guard in Chicago’s franchise history. He became the first member of the Bulls to have their number retired, when his No. 4 was retired in 1978.

Sloan was a two-time NBA All-Star and a defensive nightmare for opposing guards. He landed on four NBA All-Defensive First Teams and he was a Second Team All-Defense member, twice. Sloan finished his playing career with 10,571 points, 5,615 rebounds, and 381 steals.

In 1978, Sloan began his coaching career as an assistant coach for the Bulls on Larry Costello’s staff. After one season as an assistant, Sloan took over as the head coach of Chicago at the start of the 1979-1980 season. The Bulls finished Sloan’s first season as a head coach with a 30-52 record. In Sloan’s second season as the head coach, the Bulls went 45-37 and made it to the postseason for the first time in four seasons. The Bulls defeated the New York Knicks in the first round and eventually fell to the Boston Celtics in the second round of the playoffs. The Chicago Bulls fired Sloan after a rough 19-32 start to the 1981-1982 season.

Sloan stayed in basketball for a few seasons and was eventually hired by the Utah Jazz as an assistant coach in 1985. Sloan served on Frank Layden’s bench before he took the reins in 1988. Sloan inherited a team with point guard John Stockton and power forward Karl Malone. The Utah Jazz had 15 consecutive playoff appearances from 1989 to 2003 with Sloan as the head coach. 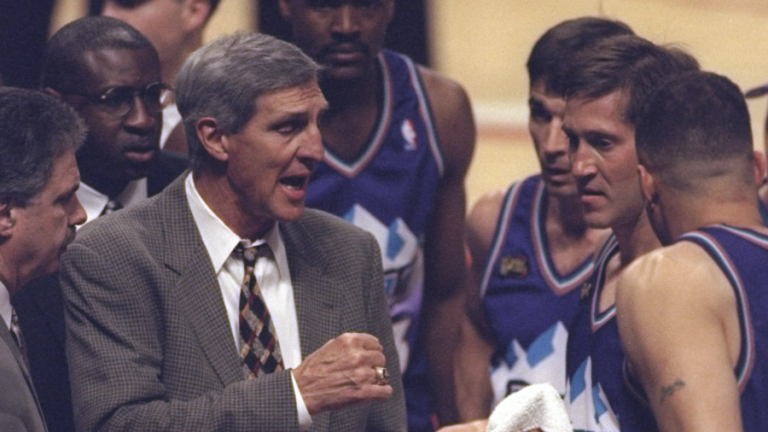 The next season, Sloan, Malone, and Stockton led the Jazz to a 64-18 regular season record. That was Utah’s greatest regular season in franchise history. The Jazz steam-rolled past their Western Conference opposition and challenged the Chicago Bulls in the 1997 NBA Finals. Chicago defeated Utah in six games.

The Utah Jazz replicated their success in 1998 with a 62-20 regular season. The first round of the playoffs saw the Jazz take on the Houston Rockets, and the Jazz were taken to the brink of elimination. Sloan’s squad pulled out a win in game five and advanced in the playoffs. The Jazz only lost one game over the next two rounds. For the second year in a row, the Jazz battled the Bulls in the Finals and the Jazz fell in six games to Chicago.

The Jazz announce Hall of Fame coach Jerry Sloan has passed away at age 78. pic.twitter.com/2RP1VPBidA

Sloan missed the playoffs for the first time in his career in 2004. The three-season playoff drought ended in 2007, when Utah made the playoffs and went on a memorable run to the Western Conference Finals. The Jazz were eliminated by the San Antonio Spurs, who won the NBA Finals a few weeks later.

Sloan formed another dynamic duo in his final seasons in Utah with Deron Williams running the point and Carlos Boozer down low. Boozer left Utah in a sign-and-trade deal with the Chicago Bulls in 2010 and Williams was traded to the New Jersey Nets in February 2011. Sloan resigned as the head coach of the Utah Jazz the same month that Williams was traded. Reports said that Sloan had a conflict with Williams but both sides downplayed the issues.

In 2013, it was announced that Sloan would return to the Utah Jazz in an advisory role. The Jazz commemorated Sloan’s 1,221 wins over his 23 seasons as head coach in Utah with a banner in January 2014.

Michael Daly is the Station Manager at 89.5 FM WSOU and can be reached at wsoustationmanager@gmail.com.