Conor McGregor to return in fight against Dustin Poirier 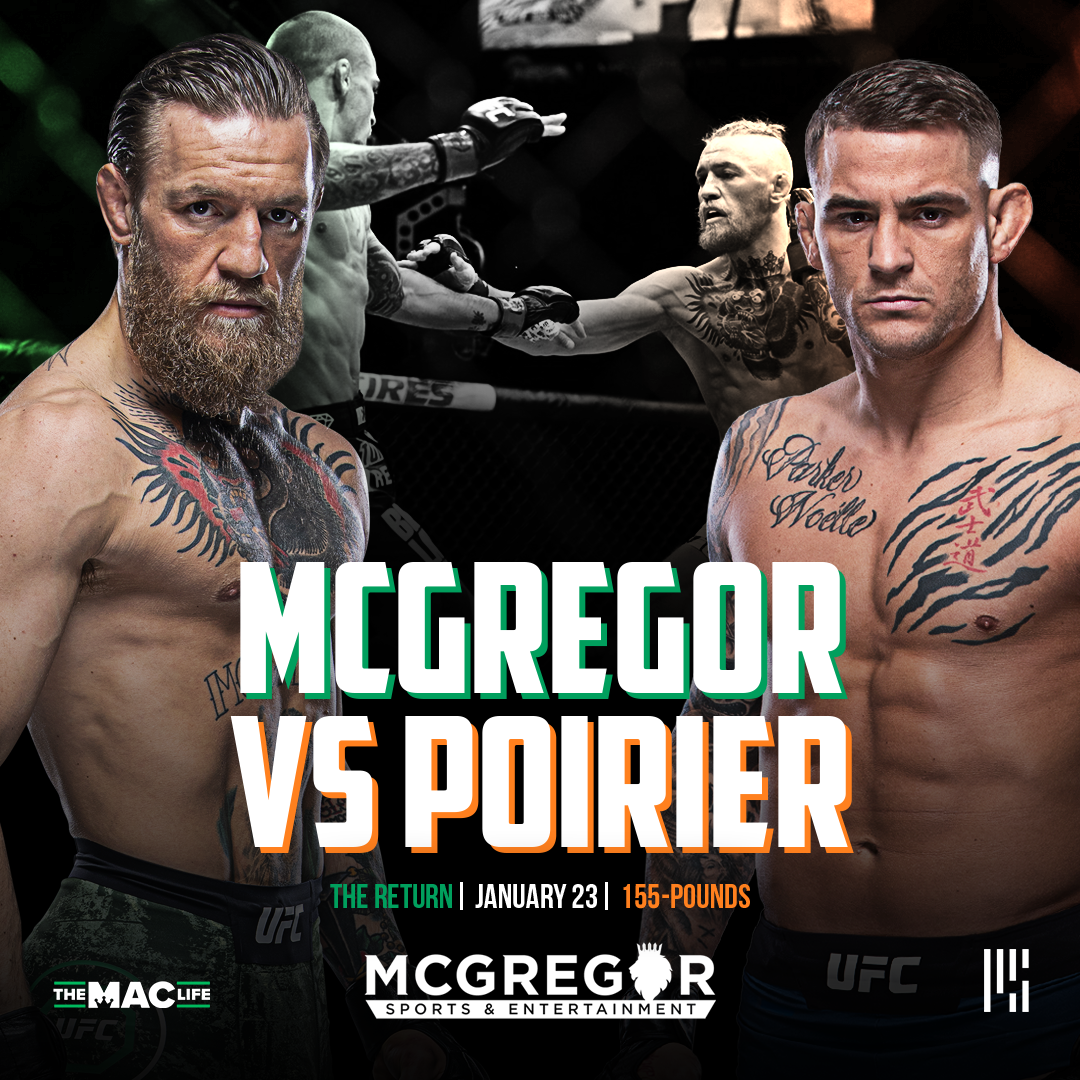 The UFC booked a main event rematch on Jan. 23 for UFC 257 between Dustin Poirier and Conor McGregor, according to The Mac Life. Poirier signed the fight last week, and the fight was waiting for an agreement from McGregor, in which he finally signed.

The expectation is that the fight will take place either on Yas Island, Abu Dhabi or in Las Vegas and at the UFC Apex. This bout will be a rematch from Poirier and McGregor’s September 2014 fight at UFC 178. In the first bout, McGregor defeated Poirier via a first round TKO.

Breaking: Both Conor McGregor and Dustin Poirier have signed their bout agreements to fight at UFC 257 on Jan. 23.

News of McGregor's signing was first reported by The Mac Life and confirmed by @arielhelwani. pic.twitter.com/HZPXcsdsXG

This rematch is over six years in the making and both fighters have gone on upward trajectories in their careers. The first bout happened at 145 pounds and now it is scheduled for the lightweight division. Poirier is the No. 2 ranked lightweight in the UFC, while McGregor is ranked No. 4 in the division.

The first bout catapulted McGregor into stardom in the UFC, while it took Poirier some time to bounce back from the loss and regain his momentum. Six years later, McGregor is the biggest star the sport has ever seen, and Poirier is a fan favorite who climbed the ladder in the lightweight division.

The rematch is officially on.

McGregor’s accolades are known based on his double champion title reign in the featherweight and lightweight divisions. On the other hand, Poirier claimed the interim lightweight championship in 2019.

UFC fans have been clamoring for McGregor’s return in 2020, and now they will see him fight at the very beginning of 2021. His last fight was on Jan. 18, 2020 against Donald Cerrone at UFC 246. McGregor won that fight via TKO in 40 seconds. Poirier’s last fight was against Dan Hooker on June 27 and he won via unanimous decision.

BREAKING: Conor McGregor (@thenotoriousmma) has signed his bout agreement for his rematch with Dustin Poirier for January 23. pic.twitter.com/2Pmh4MdZyj

This fight will garner a ton of attention and it is expected to be a success on pay-per-view based on the fanbase of both fighters. The UFC is starting 2021 off to a great start with a mega-fight that is not for a title.