Bucks' future with Giannis is unclear 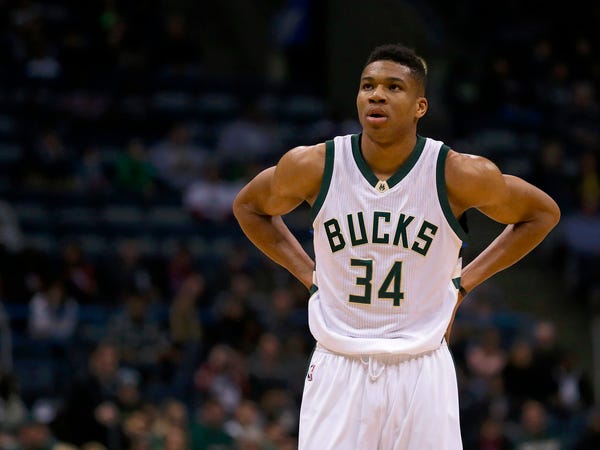 The Milwaukee Bucks saw their season end in heartbreaking fashion on Tuesday night when they were eliminated from the NBA playoffs by the Miami Heat. Milwaukee has to face an uncertain reality of a future that could be without their soon-to-be two-time MVP Giannis Antetokounmpo.

Antetokounmpo went down with an injury in the first half of game four and he was ruled out for game five. Down 3-1 to the Heat, Milwaukee was unable to replace Antetokounmpo’s impact on both sides of the ball in game five. The Bucks have yet to reach the NBA Finals with Antetokounmpo and the time to win a championship is running out before he reaches free agency in 2021. With only one year remaining on his current deal, Antetokounmpo could explore his options to see the other NBA suitors that would love to sign him. 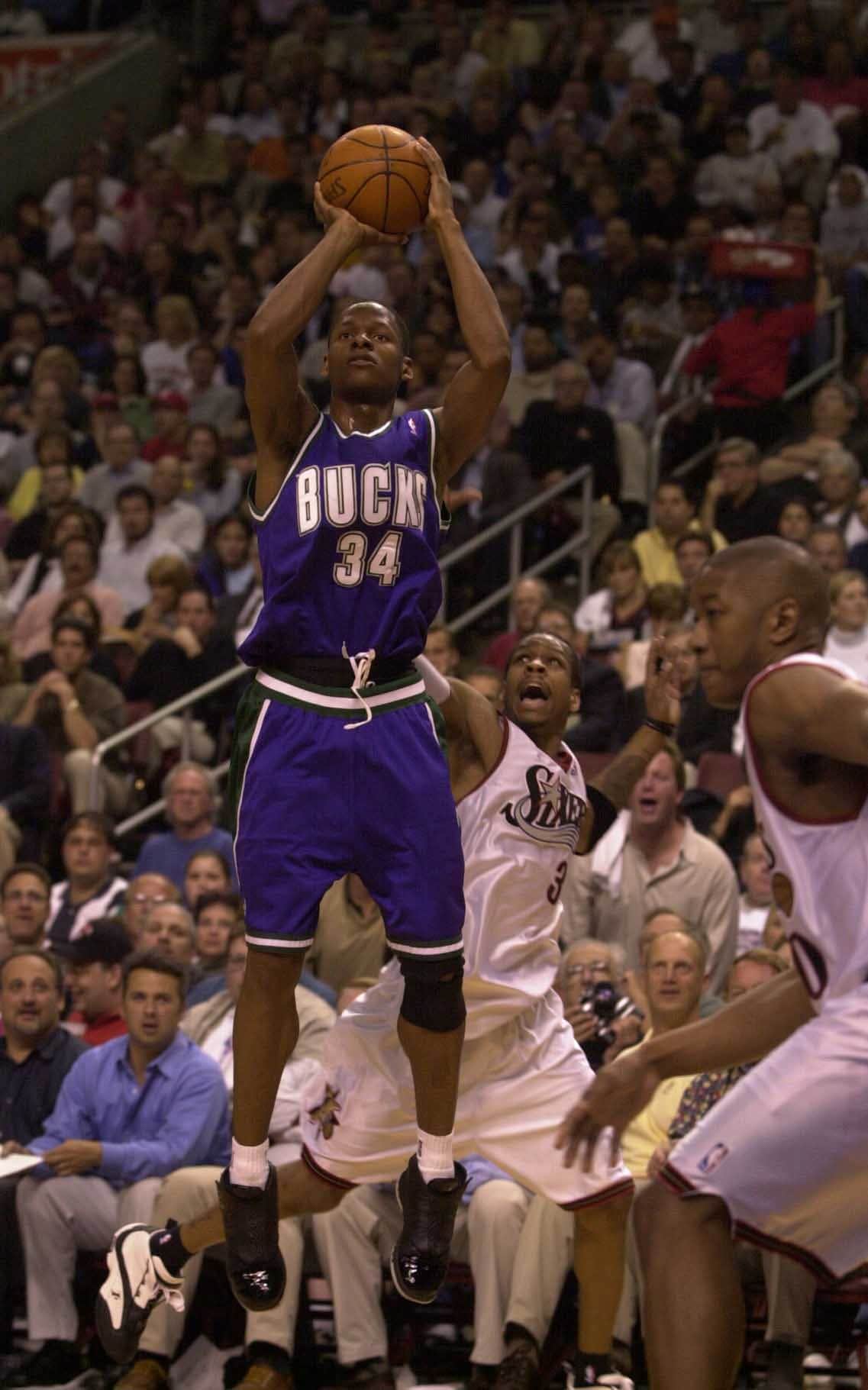 After defeating the Orlando Magic in the first round of the playoffs in five games, Milwaukee had a much greater challenge ahead of them in the semifinals against the Miami Heat. The Heat were coming off an upset sweep against the Indiana Pacers in their opening series. On the other hand, the Bucks fell in their first game against the Orlando Magic, but they were able to bounce back and win four straight games.

The Miami Heat lived up to all expectations heading into the series against the Bucks. The expectation was that Miami would give Milwaukee all they could handle, and the Heat delivered tenfold.

Milwaukee could not find a rhythm at the start of the series, and they trailed Miami, 0-3. Game four was an extremely thrilling contest that saw the Bucks battle without their best player, Antetokounmpo. Two-time NBA All-Star Khris Middleton kept Milwaukee’s playoff hopes alive with 36 points in 48 minutes played in the Bucks’ overtime victory in the elimination game.

As talented as Middleton is, Milwaukee has not been able to get over the hump with just him as the team’s secondary scoring option. He’s had a scoring average of 20-plus points in two of the last three seasons, which certainly proved to be a supplementary scoring option to aid Antetokounmpo. For whatever reason, Milwaukee has struggled with overcoming the East’s stiff competition. 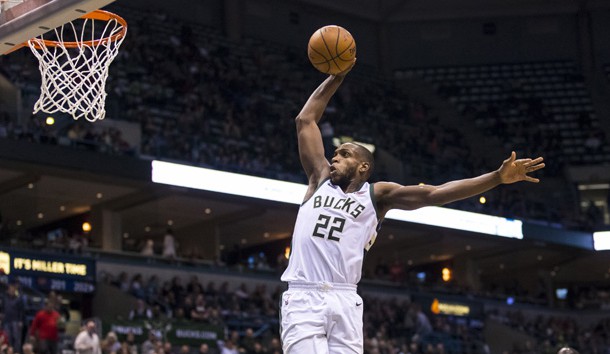 In the years approaching, the Eastern Conference’s difficulty level will increase with the Brooklyn Nets and Boston Celtics making significant free agency moves in the last few years. 2020 would have been the best chance for the Bucks to strike while the iron was hot because they entered the postseason with the best record in the NBA and they were at the top of the Eastern Conference. Up until the season was halted on March 11, Milwaukee ran the table in the Eastern Conference and the playoffs was shaping up to be theirs to lose. As luck would have it, the Bucks ran out of steam and their depth was exposed.

The answer is not pushing Middleton to the side and pairing Antetokounmpo up with another superstar. The Bucks need to cement Middleton’s status as a trusted No. 2 option, who is also a multiple time All-star. What Milwaukee needs to do is find a point guard that can run the offense and take pressure off Antetokounmpo and Middleton. 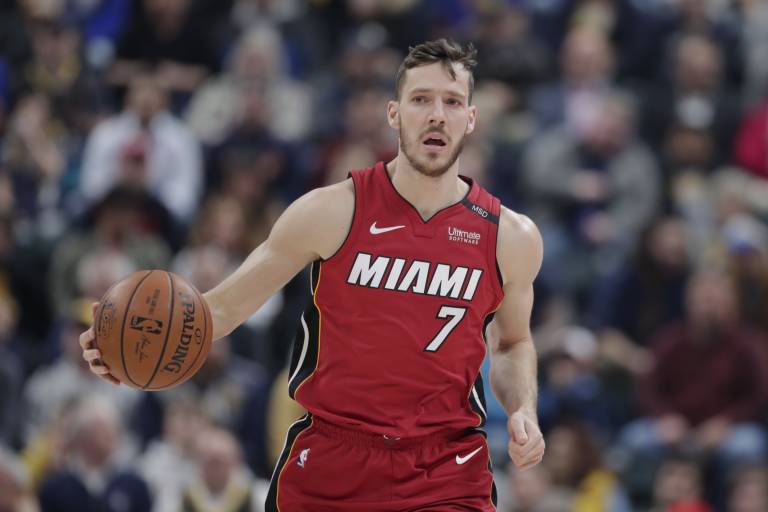 The goal for Milwaukee should be to find someone that can bolster the starting lineup and consistently produce as a third option. Since Malcolm Brogdon left the team as a free agent in 2019, they have been unable to find a point guard that fits seamlessly into their system. An available free agent that would be worth pursuing is Miami Heat point guard Goran Dragic. Dragic is very accepting of his role as a bench player with the Heat, but he can slide into a starting position with any team. In 2020, Dragic averaged 16.2 points as a reserve for Miami.

If Miami can find a way to re-sign Dragic, then they should definitely look to keep him. However, if Dragic finds a way to leave the Heat, he should be a top target for the Bucks in free agency. He is someone that a team can plug in their rotation and use him to build a unit around Antetokounmpo and Middleton. 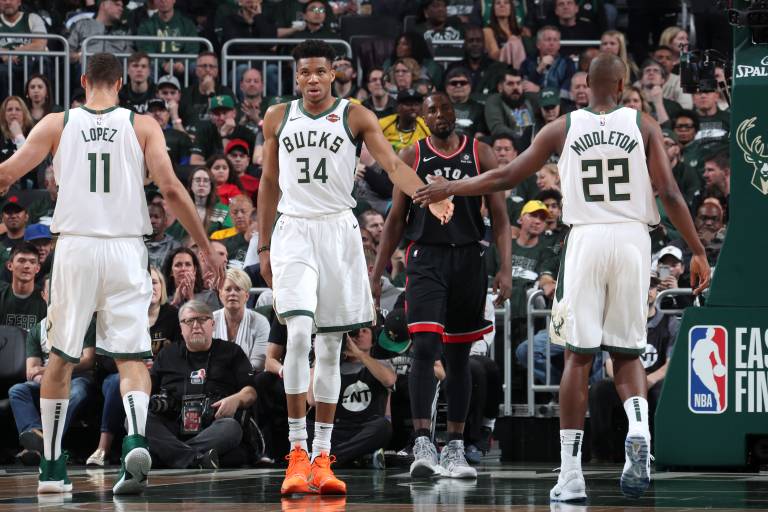 The premature postseason exit for Milwaukee cuts deep for Antetokounmpo and the entire organization. This season was Milwaukee’s best opportunity to reach the NBA Finals and possibly win a championship.

They are playing a dangerous game if they choose to sit back and expect Antetokounmpo to return in 2021. The Bucks need to be proactive in improving their roster whether it is making trades or signing free agents in order to hold on to a generational talent like Antetokounmpo.