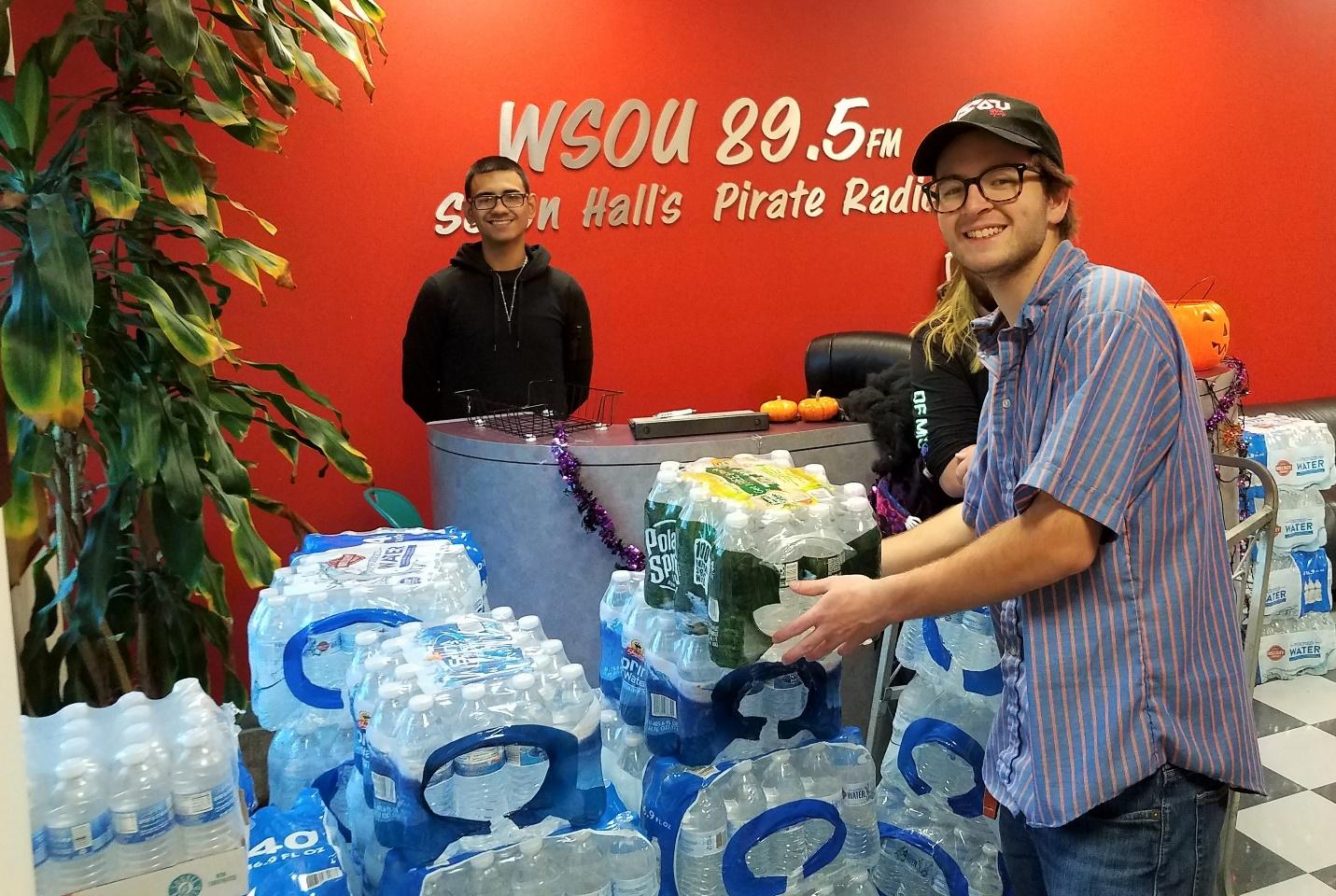 It may have slipped from the headlines, but residents of New Jersey’s largest city remain challenged by lead-contaminated drinking water. While problems with residential water filters were recently addressed, pregnant women and children under six years of age are still being advised to avoid drinking city water, even if it has been filtered, and to use bottled water instead. The City of Newark, home to 285,000 residents, has only two distribution centers for free bottled water for children and pregnant women. This vulnerable population is limited to just two cases of water every two weeks regardless of household size.

To help address the need of pregnant women and children under six years to have access to bottled water, the students of Seton Hall University’s WSOU 89.5 FM recently held a water drive. The cases of water collected will be distributed to Newark residents through the Women and Children’s Center at St. John’s Soup Kitchen. The station delivered the water on October 17. 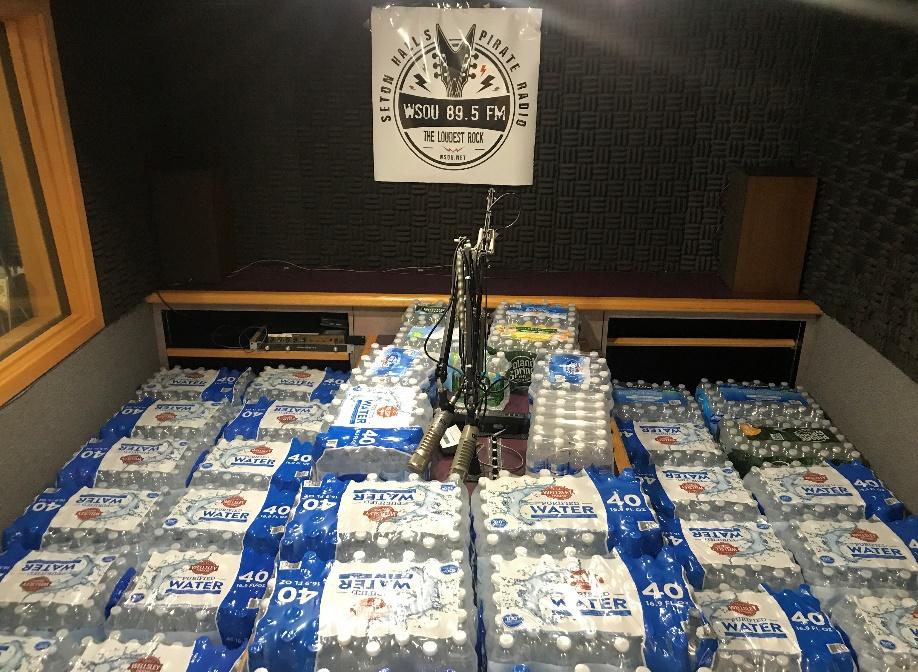 Caption: WSOU’s bottled water drive collected so much water that the station’s talk studio needed to be used to store some of the water. Credit: Wilnir Louis.

“Everyone deserves access to clean water,” said WSOU Sports Director Dalton Allison, who spearheaded the effort. “There is a perception the water crisis is over, but thousands of our neighbors fall into the category of Newark residents who shouldn’t drink even filtered tap water. Doing nothing or pretending the problem has been completely fixed simply weren’t options for us. As students and broadcasters, we felt a responsibility to act.”

Partnering with St. John’s Soup Kitchen was a natural fit for a radio station that is part of a Catholic university. Housed in historic St. John’s Church, the state’s third-oldest Catholic Church and listed on the National Register of Historic Places, the organization has deep connections with local residents through its Health Clinic, Women and Children’s Center, Soup Kitchen, and Food Pantry. “When I spoke with them, they verified right away their need to provide safe drinking water for the people they assist and care for daily,” Allison added. 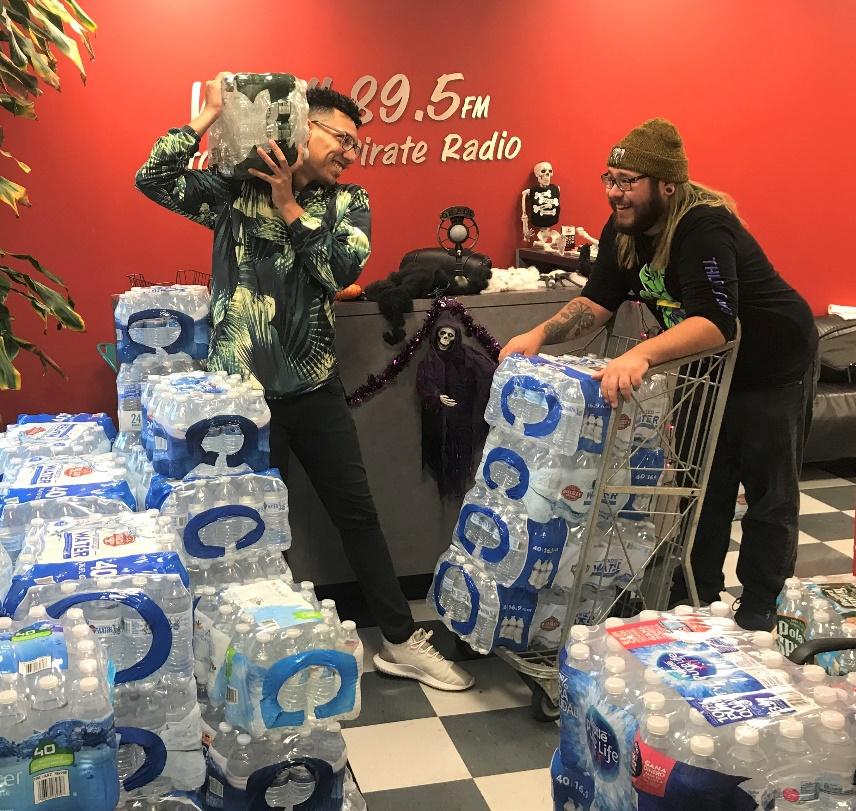 “WSOU has long been known for the music we play and our coverage of Seton Hall sports, but more recently we’ve also become known for our community service efforts,” said General Manager Mark Maben. “Our students understand the responsibilities that come with an FCC license, including giving back to the communities we serve. The commitment our students have to replicating at the college level the public service and community-based activities of professional broadcasters is truly impressive.” 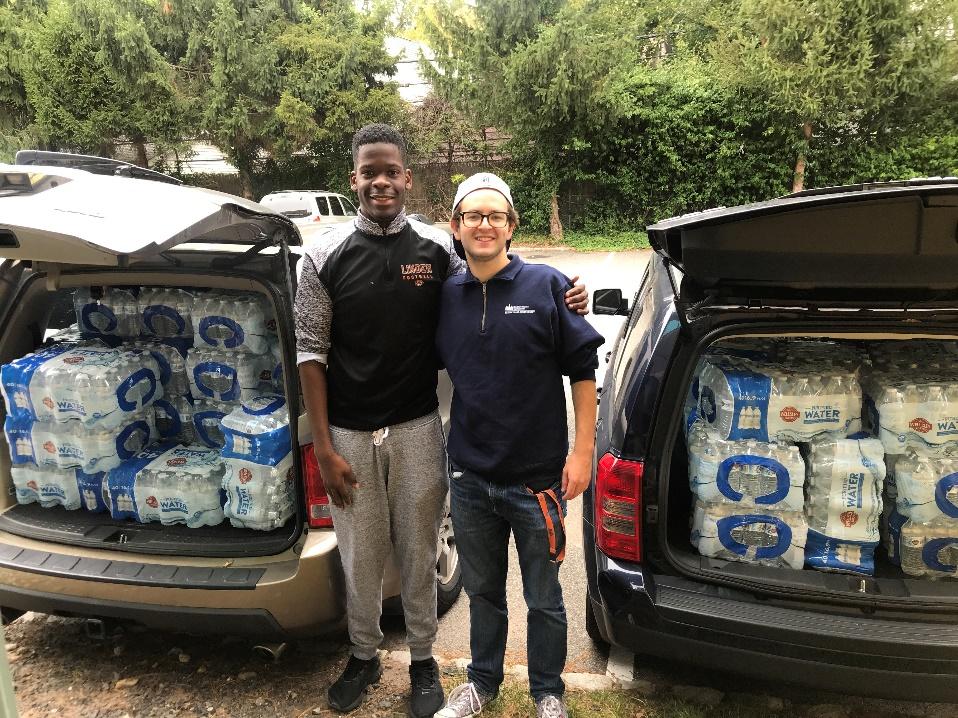 Caption (left to right): WSOU Station Manager Wilnir Louis and Sports Director Dalton Allison with some of the bottled water before delivery to Newark. Four vehicles were needed to transport the bounty of the station’s water drive. Credit: Wilnir Louis.