WSOU 89.5 FM, the student-run radio station at Seton Hall University, broke its previous record by collecting more than 1,200 pounds of food for the Community Food Bank of New Jersey during WSOU’s annual food drive. Against a goal of 895 pounds of food, the students gathered donations totaling 1,202 pounds, surpassing the old record of 908 pounds set in 2018.

Now in its sixth year, the food drive is one of several community service projects the station organizes on an annual basis. WSOU became active with “Students Change Hunger” because of the vast need in the market the station serves. In New Jersey, nearly one million people require food assistance, including more than 270,000 children. In New York City, 1.4 million residents rely on emergency food programs, including soup kitchens and food pantries. In short, many people within WSOU’s coverage area are impacted by not having enough to eat. The food collected by WSOU will provide over 1,500 meals. 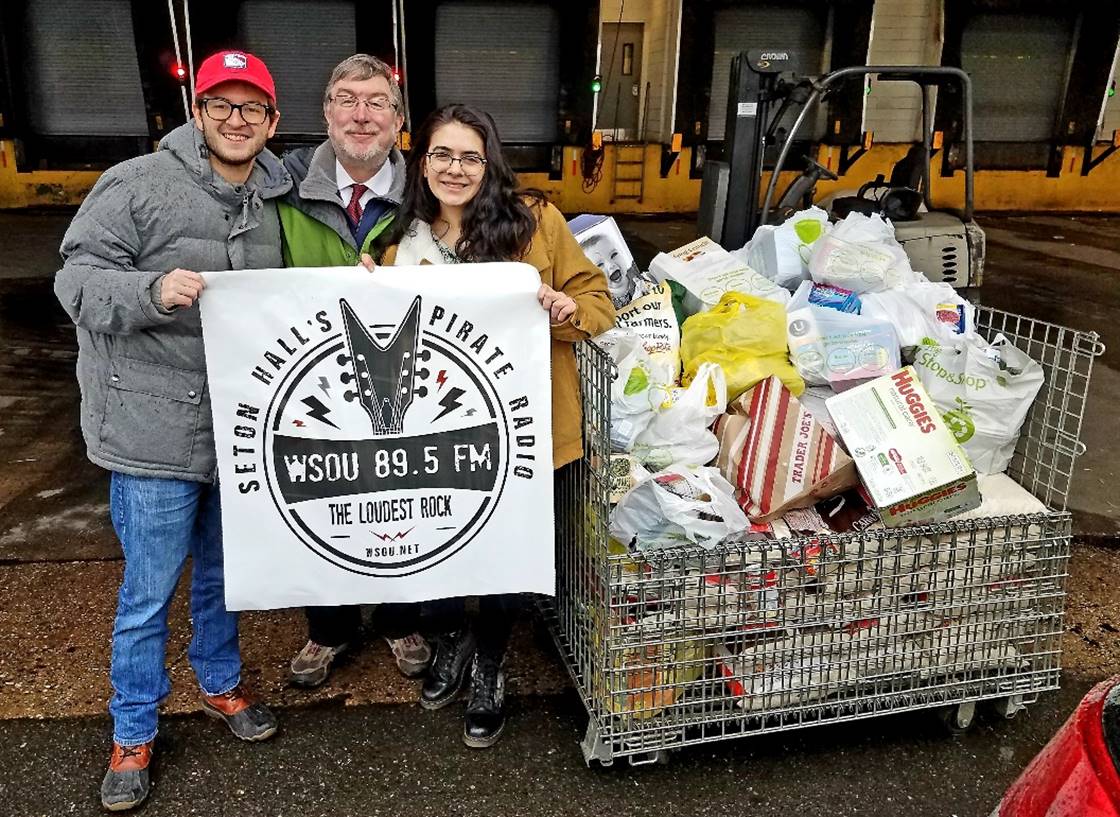 In addition to collecting staples such as rice, pasta, canned fruits and vegetables, soups, stews, tuna, salmon, shelf stable milk, baby food, and cereal, for the first time WSOU also focused on collecting diapers and feminine hygiene products. There is a growing demand for these items in addition to the constant need for nonperishable food.

WSOU Staff Representative Kaleigh Diamond, who led this year’s food drive, noted that topping last year’s record was an ambitious undertaking. “When we launched our food drive for 2019, I knew I wanted WSOU to collect poundage in the four digits,” Diamond said. “The staff was a bit nervous about reaching that goal, but when we tipped the scales at 1,202 pounds of food, everyone felt a real sense of delectation at what we had accomplished. It feels wonderful to be helping people in need.”

Station General Manager Mark Maben wasn’t surprised that the students set a record for donations. “In addition to providing a great listening experience, the staff of WSOU are fully committed to the community service obligations that come with an FCC license,” said Maben. “You see this reflected in WSOU’s news and public affairs programming as well as our food drives, clothing drives, mentoring programs, and other community service efforts. I am very proud of what our students are able accomplish when it comes to helping and serving others.”