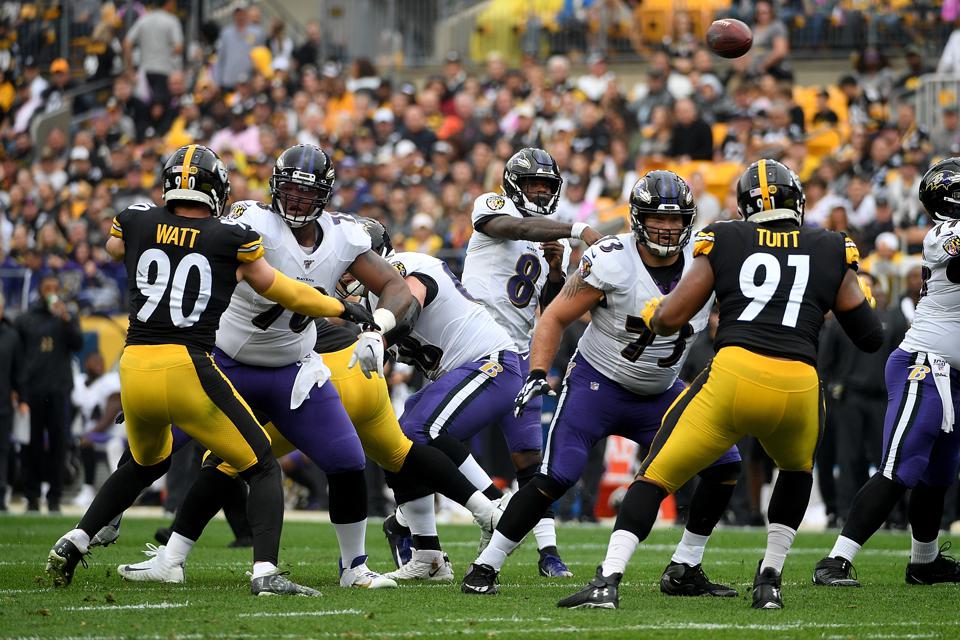 As the 2020 NFL season begins to draw closer, it seems like a perfect time to preview the AFC North. The North consists of four teams: the Baltimore Ravens, Cleveland Browns, Cincinnati Bengals, and Pittsburgh Steelers. This past season, the Ravens ran away with the division as they steamrolled their way to a 14-2 record. Can they do it again? Here are my predictions and breakdown of the season for all four teams in the division. 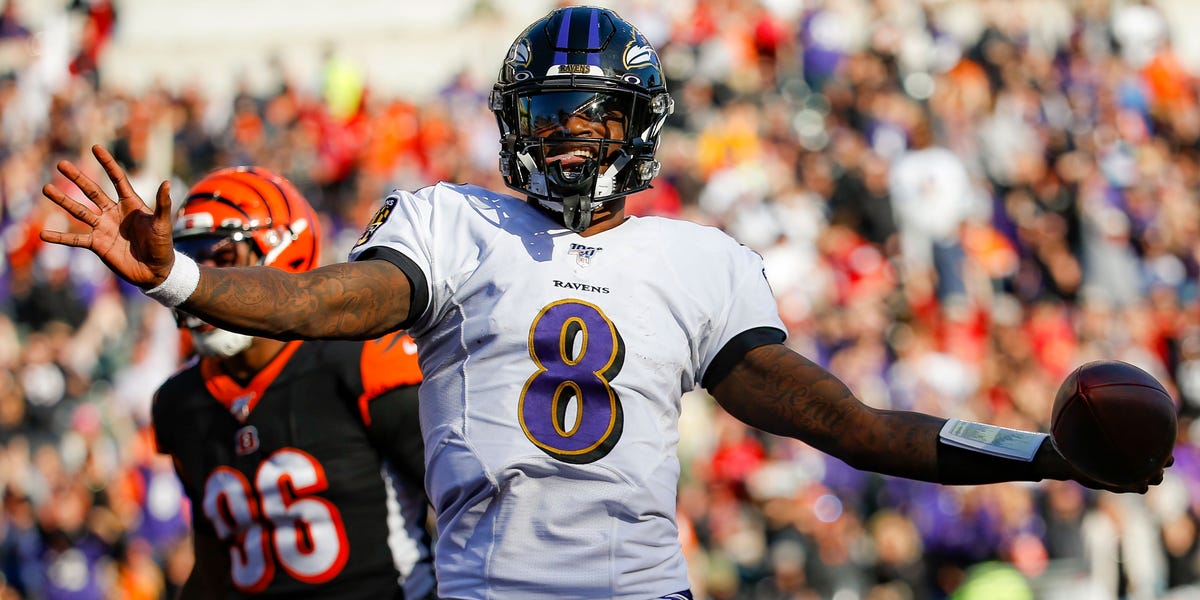 The Ravens are coming into the 2020 season sporting most of the same team as last season. In addition to this, they have the league’s easiest schedule, with their opponents combined win percentage last season at 43%. Baltimore has a great defense and an offense that is built to sustain leads. The Ravens run the ball a lot, and their quarterback, reigning Most Valuable Player (M.V.P) Lamar Jackson, is one of the most dynamic playmakers in the game.

Even when he faces a strong blitz, he can evade the pressure and either find an outlet pass of scramble for a big gain. Jackson also has a great ability to avoid getting hit, which has plagued mobile quarterbacks like Robert Griffin III in the

past. Another reason the Ravens will win the division this year is their head coach. John Harbaugh has consistently been one of the best coaches in the league and rarely drops games he should not. This consistency and ability to beat up on the weaker teams should help the Ravens cruise to a 13-3 record. 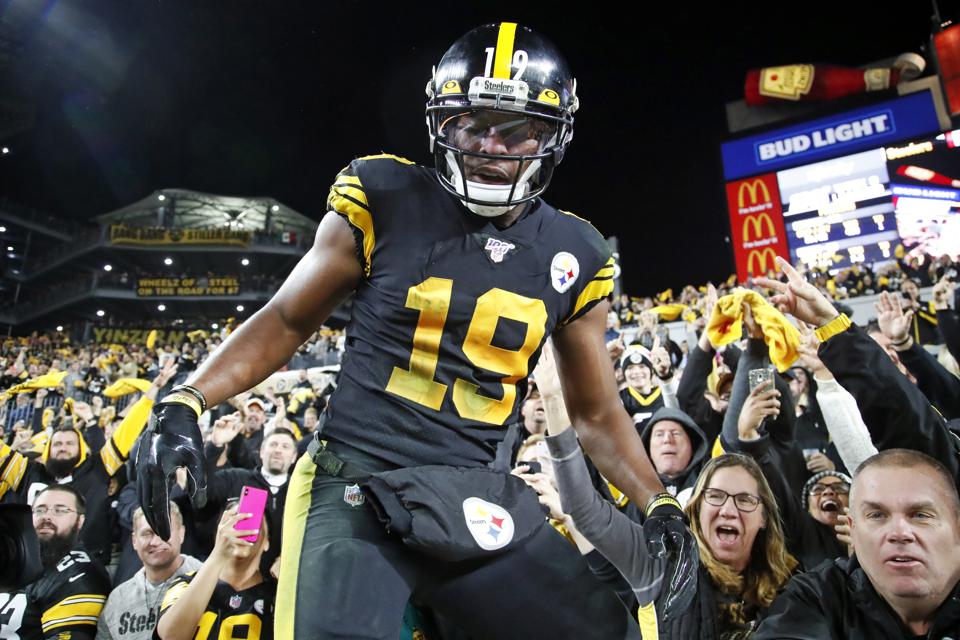 The Steelers are coming into the 2020 NFL season with their franchise quarterback, Ben Roethlisberger, back in the fold and an elite defense for the first time in over half a decade. The Steelers finished the 2019 season 8-8 without a starting caliber quarterback all season because their defense. This season, reports are coming out that their defense is looking even better, and a healthy Stephan Tuitt could help the group be top three in the NFL. If safety Terrell Edmunds can take the next step, the Steelers could have a defense that allows less than 16 points-per-game.

On offense, Roethlisberger back at the helm should help the team reach their full potential. The receiving corps is very underrated, with JuJu Smith-Schuster, Diontae Johnson, James Washington, and rookie Chase Claypool having the potential to put up impressive numbers. This is all dependent on 38-year-old Roethlisberger’s health, though. If he cannot stay healthy this season can easily take a turn for the worse. Finally, the reason I do not have the Steelers surpassing the Baltimore Ravens in the regular season is their consistency to drop “give-me” games. Although the saying is “any given Sunday,” it feels like the Steelers will always lose one game they are sure favorites to win. 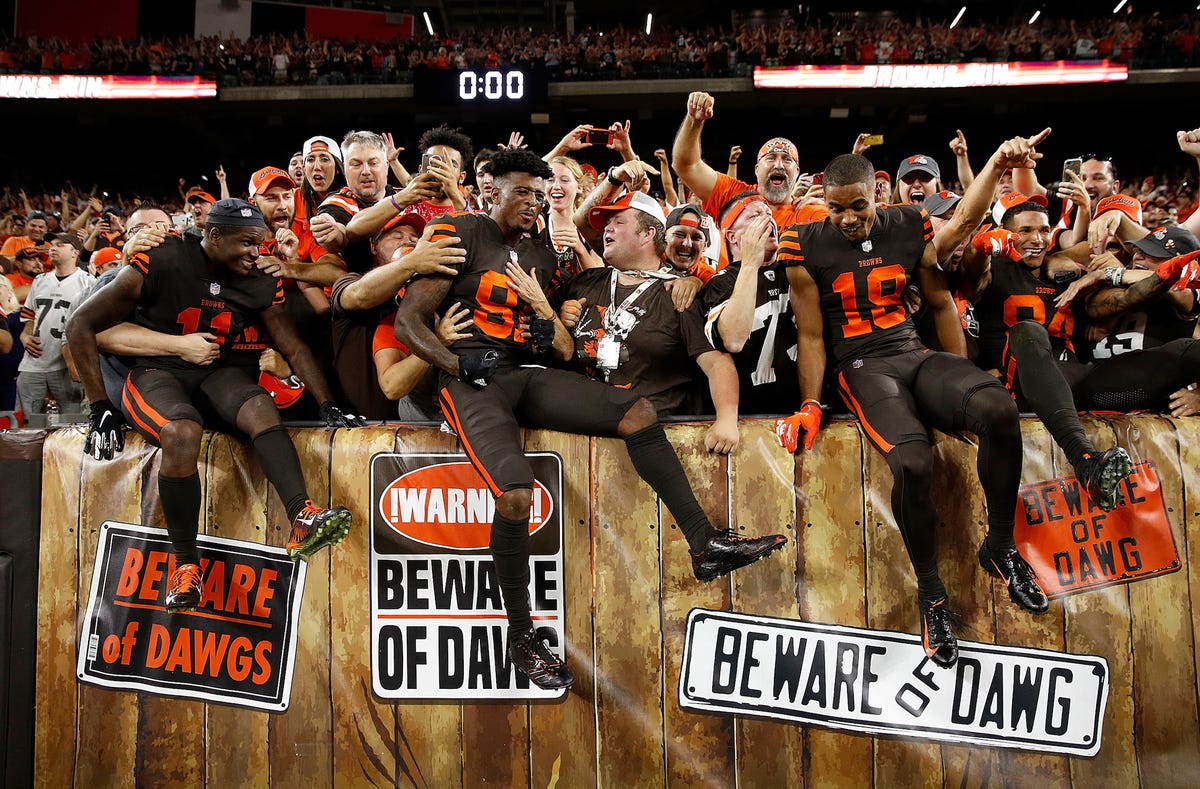 The Cleveland Browns once again cleaned house and brought in a whole new coaching staff. Their new head coach is Kevin Stefanski who was previously the offensive coordinator for the Minnesota Vikings. Stefanski was able to unlock running back Dalvin Cook as Minnesota had one of the best rushing attacks in the NFL last season. The Vikings had a total of 2,133 rushing yards last season and Stefanski now inherits and even better rushing attack with Nick Chubb and Kareem Hunt.

The Browns have some of, if not the best talent, in the league. The question is if they can finally put it all together. Unfortunately, I believe the shorten off-season with COVID-19 will hurt the adjustment period teams normally face when they meet a new coaching staff. I previously wrote an article about it here.

Talent should keep them in almost every game though. Odell Beckham Jr. is still one of the best receivers in the league, and Jarvis Landry is a great number two option for Baker Mayfield. Defensively, the Browns are building a good core. Myles Garrett is arguably the best pass rusher in the NFL when healthy, and Denzel Ward is slowly becoming a lockdown number one cornerback. 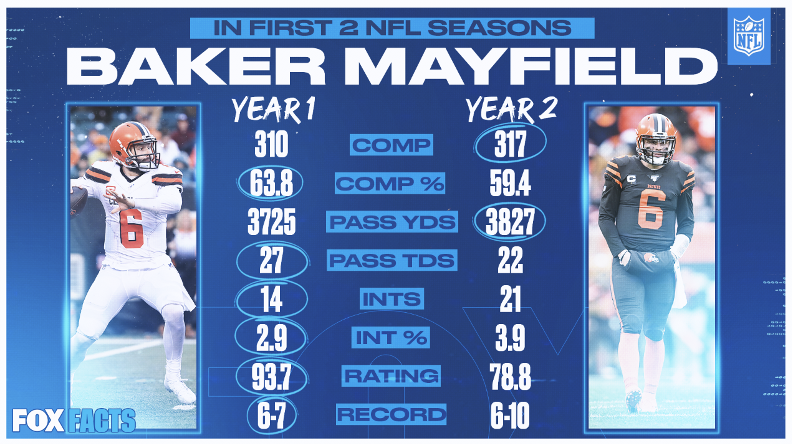 Mayfield, however, is still a question mark. He had a good rookie campaign, but that was partially due to playing a bunch of bad teams. This past season he struggles when playing better competition. This season he is back to playing worse teams; the Browns opposition winning percentage in 2019 was 46%. Was last year just a sophomore slump, or was it a trend of what is to come? 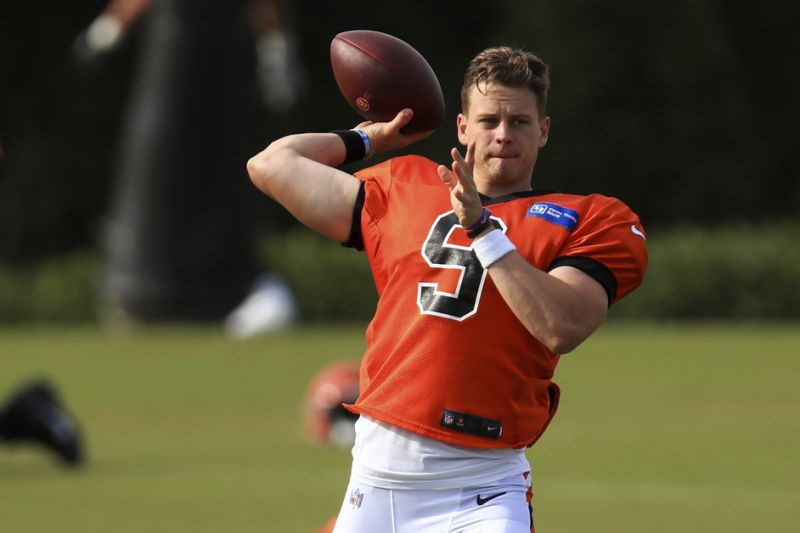 The Cincinnati Bengals finished the 2019 NFL season with the worst record in the league. They were rewarded for this by getting the number one pick in the draft and selecting college stud Joe Burrow. Burrow lit up the college world last season at LSU, leading his team to a national title while throwing for over 5,000 yards and tossing 60 touchdowns in the process. Expectations in Cincinnati are high for him, but once again I believe the shortened offseason because of COVID-19 will hurt the Bengals and Burrow. Burrow does have the opportunity to show his potential though. The Bengals offense is sneaky good; their top two wide receivers are underrated in AJ Green and Tyler Boyd and they have a top-10 running back in Joe Mixon.

However, the Bengals’ offensive line graded out to be the second worst in the NFL last season by Pro Football Focus (PFF). Their inability to keep rookie Burrow upright could cost them in close game situations. Additionally, every team in their division has a good front seven, meaning that six games this season could be nightmarish clashes for Burrow and the Bengals.

Finally, the Bengals defense is lacking as well. The Bengals had the 25th overall defense this past season, a poor defense to have with a rookie quarterback. This will make it even harder for the Bengals to win games this coming season. While the future may be bright in Cincinnati, 2020 is not.